Ramin Karimloo, Jane Lynch and Jared Grimes will join the Broadway revival of “Funny Girl.” The show is already set to star “Booksmart’s” Beanie Feldstein in the role of Fanny Brice. She’ll be supported by Karimloo as her love interest, Nick Arnstein, Lynch as her mother, Mrs. Rosie Brice and Grimes as Eddie Ryan, a dancer Brice meets and befriends in the vaudeville circuit that helped make her a star.

The show is back on Broadway for the first time in 58 years, having never been revived before, in part because Barbra Streisand put such an indelible stamp on the role of Brice in both the stage production and the film it inspired. This “Funny Girl” is directed by Tony Award winner Michael Mayer (“Hedwig and the Angry Inch”) and begins performances Saturday, March 26, 2022. It officially opens on Sunday, April 24, 2022 at Broadway’s August Wilson Theatre.

“I grew up to the Broadway cast album of ‘Funny Girl,’” said Lynch in a statement. “My mother and I knew every breath of that record and would sing it together at the top of our lungs. I am thrilled beyond words to be playing Fanny’s mother on Broadway. And somewhere in Heaven my Mom is asking, ‘Who taught her everything she knows?’”

“I’m very excited to be joining ‘Funny Girl’s’ return to Broadway,” said Karimloo. “I’ve been waiting 2 years to sink my teeth into Nicky Arnstein and get into the room with Michael Mayer, the creative team and cast, led by the exceptional Beanie Feldstein. Cannot wait.”

“It will be a dream to share the stage every night with this cast and creative team whom I’ve loved from afar for such a long time!” said Grimes. “I can’t wait to spread love and joy in a live setting again. I’m still on cloud nine knowing that I’ll actually be in one of the most iconic musicals of all time. I’m beaming from ear to ear knowing that people will know me as Eddie Ryan!”

Lynch is best known for her work on “Glee” and can currently be seen in “The Marvelous Mrs. Maisel.” Karimloo most recently starred in the BBC One medical drama, “Holby City.” He earned a Tony Award nomination for his portrayal of Jean Valjean in the 2014 Broadway revival of “Les Misérables.” Grimes most recently starred in the revival of “A Soldier’s Play” and choreographed “After Midnight.” 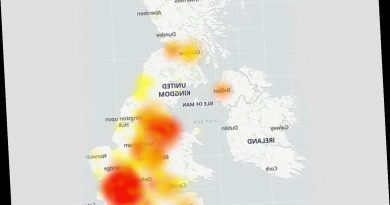 Virgin Mobile down leaving some customers unable to make calls 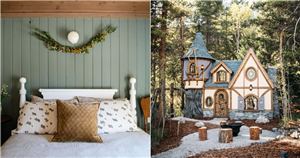 Forget Disneyland; You Can Live Out Your Real-Life Rapunzel Fantasies in This Whimsical Cottage 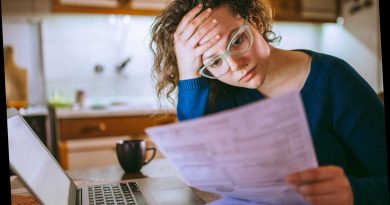