Home » Lifestyle » Quirky Pool Floats That Are Seriously Next Level 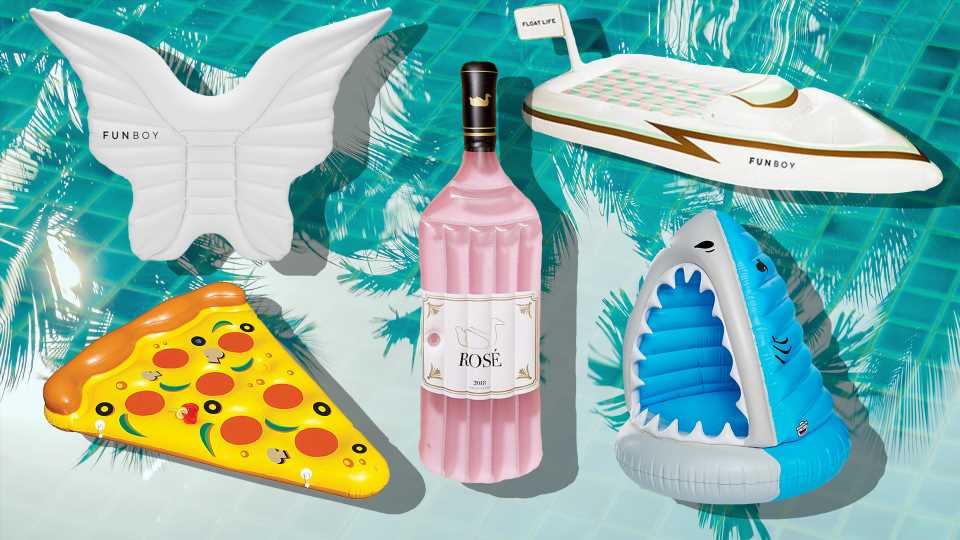 Is it just us, or does summer get hotter with each passing year? (Blame it on global warming, am I right?) The only way to make it through the muggy middle months anymore is through copious amounts of time spent in a cool body of water. And, c’mon, you can’t very well have the breezy, Insta-perfect summer of your dreams without a trendy pool float or three.

But not just any pool float will do. Last year, unicorns and swans saw their heyday, meaning this year, you’ve got to up the ante. Don’t fret, though — we scoured the internet to find 19 pool floats that will truly take your pool game to the next level.

From peacocks big enough for an entire party to beer steins that double as pool coolers, we managed to find something for everyone. So get ready to dive into major summer fun with these quirky flotation devices by your side.

A version of this article was originally published June 2018. 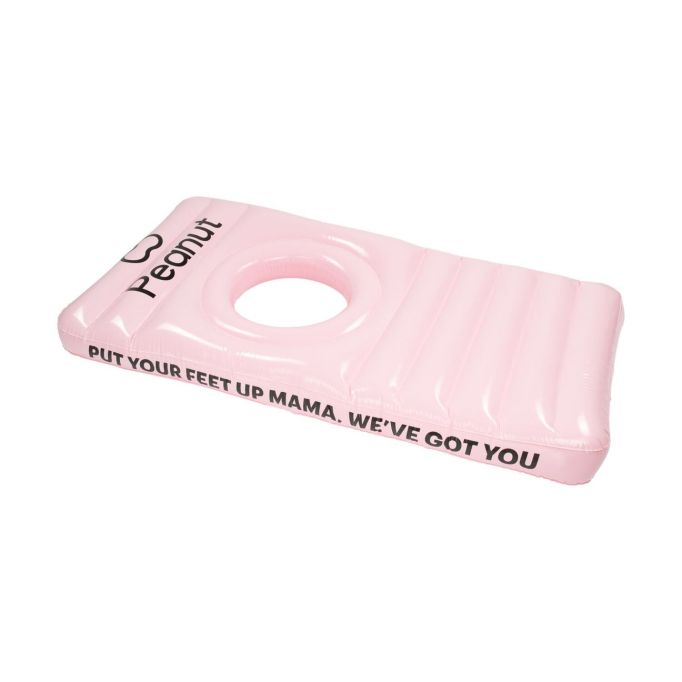 Trying to comfortably rest on a floatie while you’re pregnant can only be achieved if you’re lying on your back — until now. This genius floatie has a cut-out for your pregnant belly so you can comfortably relax on your stomach while lounging in the pool. 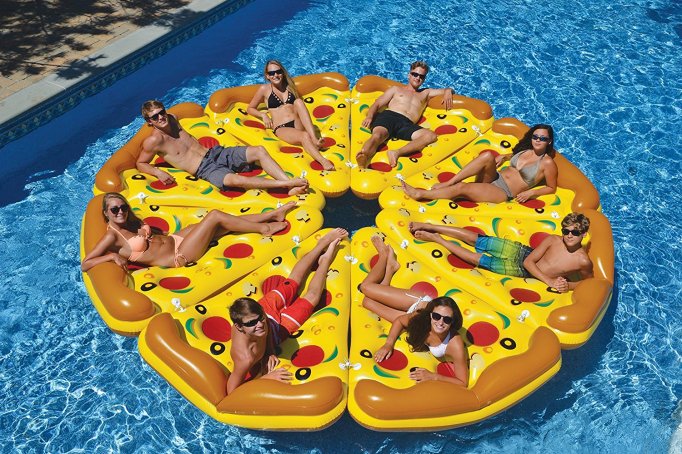 Um, yum! You can grab a slice to float around on by yourself, or you can sync up with your BFFs for some seriously cheesy fun. 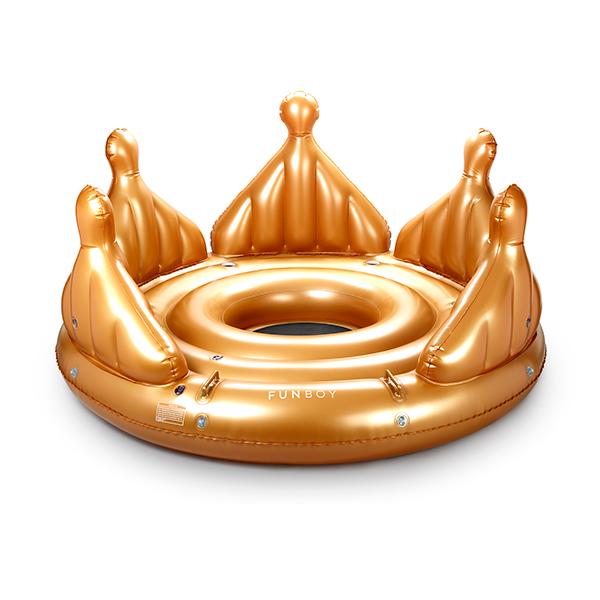 Every queen needs her crown and — bonus! — this one comes with cupholders and enough room for all your loyal followers. 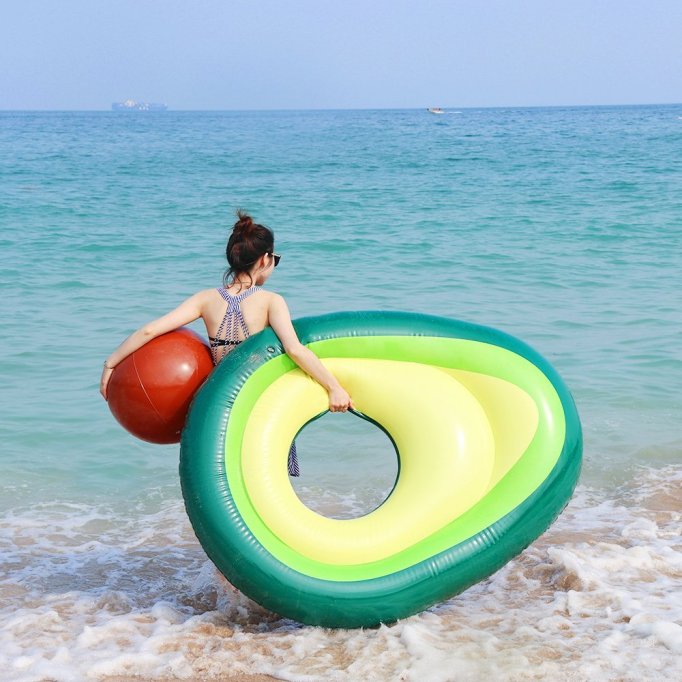 If guac is extra, this avocado pool float is extra-extra. Plus, you can pop out the pit for your very own portable beach ball. 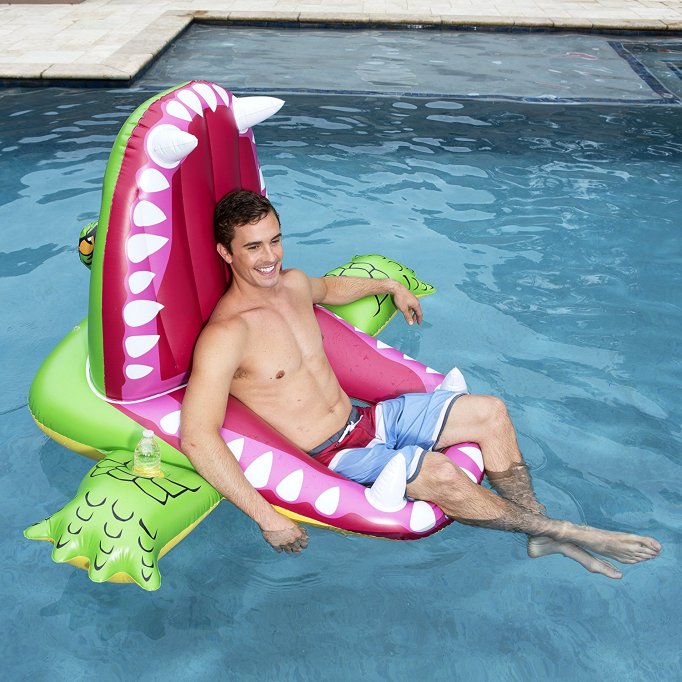 Make a splash this summer by becoming a tasty treat for an inflatable crocodile. Don't worry, though — inflatable teeth make for a tame bite. 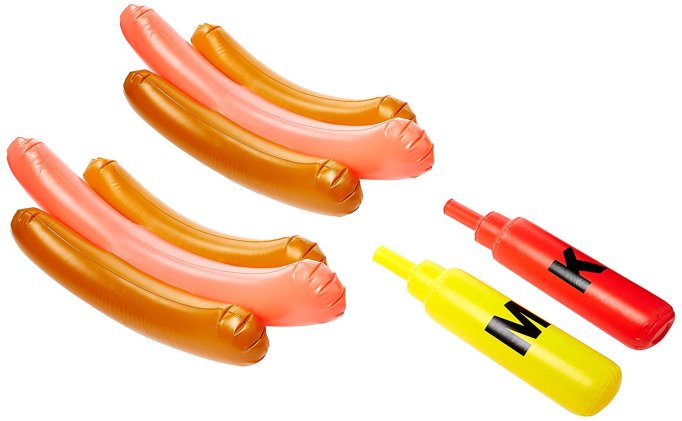 Are these hot dog floats designed with kids in mind? Sure. But what adult in their right mind could resist using inflatable condiments to battle their besties? 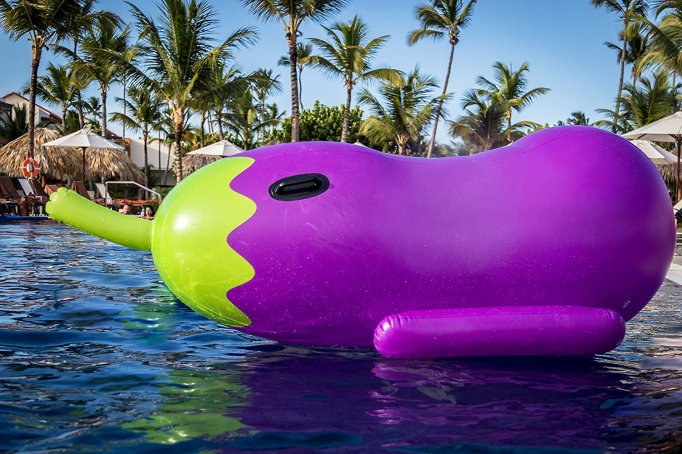 You can't get much more tongue-in-cheek than this eggplant emoji pool float. This 5-foot-long rideable raft proves size really does matter. 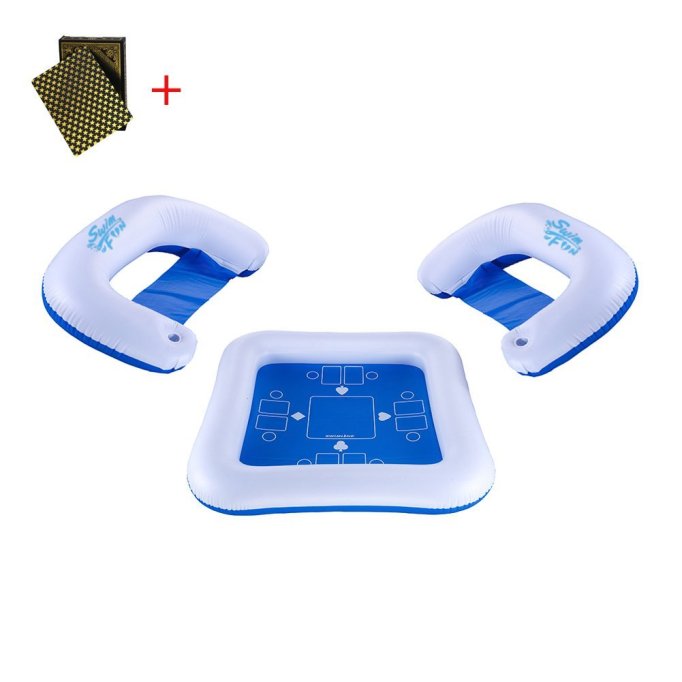 Sometimes, it's not enough to simply float around a pool. Enter this inflatable card table and chair set, which provides the perfect poolside entertainment. 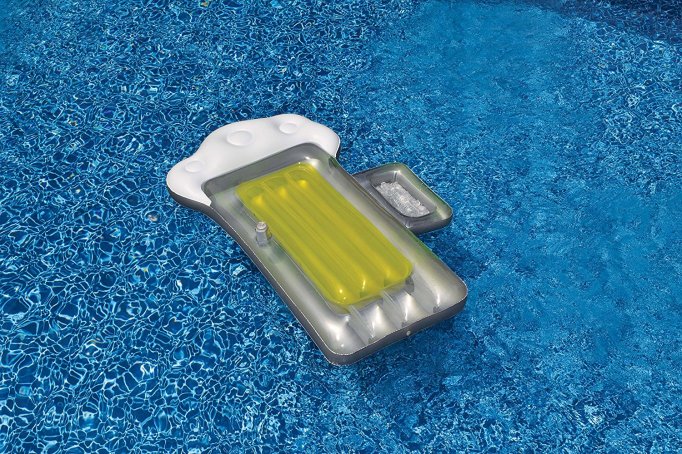 Now you can have your cold brewskies and lay on one too — this foamy float's handle is a built-in ice chest. 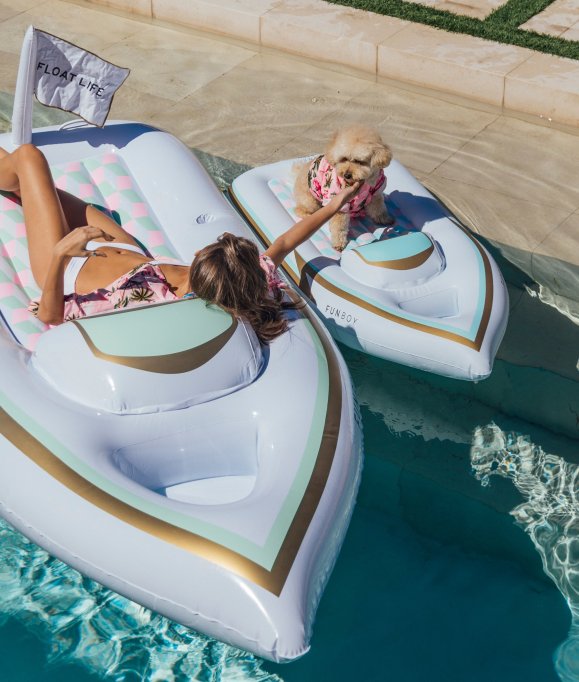 These IG-worthy finds will float you… and your little dog too. Yep, not only do you get to chill out on a yacht, but you get a matching one for your best furry friend to boot. 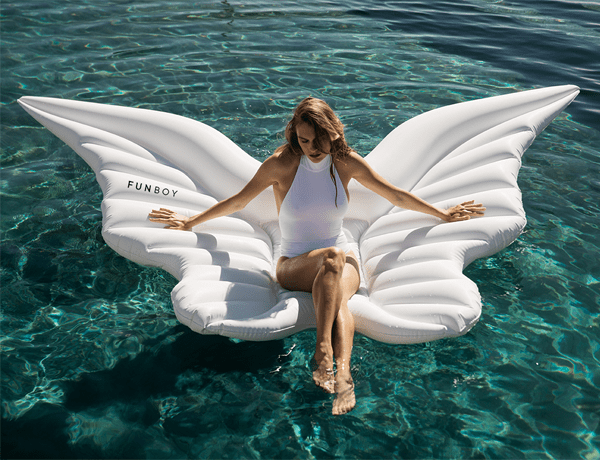 This oversize angel wings float may not have any bells or whistles, but can you imagine how picture-perfect your Insta feed will be floating around on this all summer? 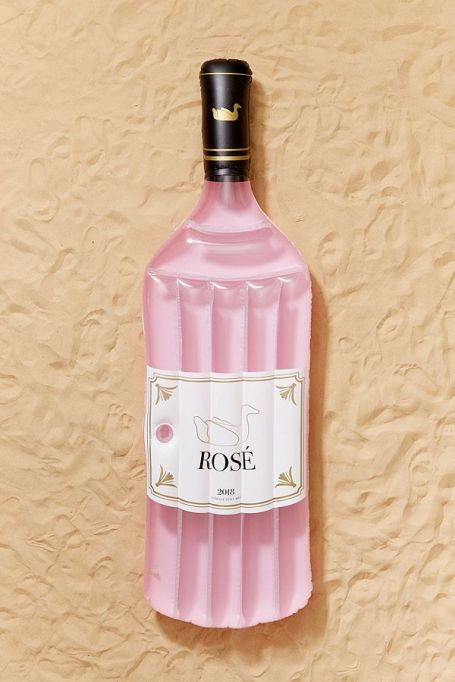 Rosé all day! Live your best life by coordinating your pool float to your favorite poolside drink with this rosé bottle-shaped beauty. 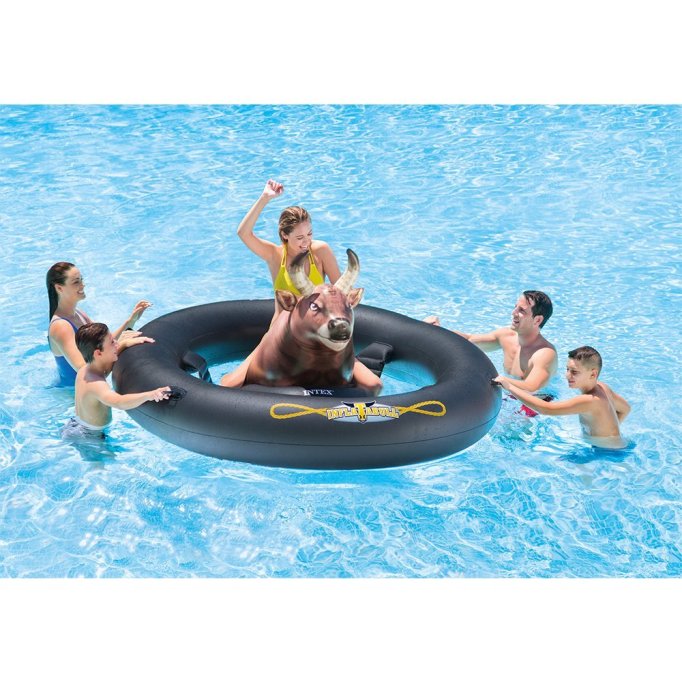 Hold on tight, because you're in for one wild ride this summer when you climb atop this bucking bull! Your friends will relish the chance to send you flying. 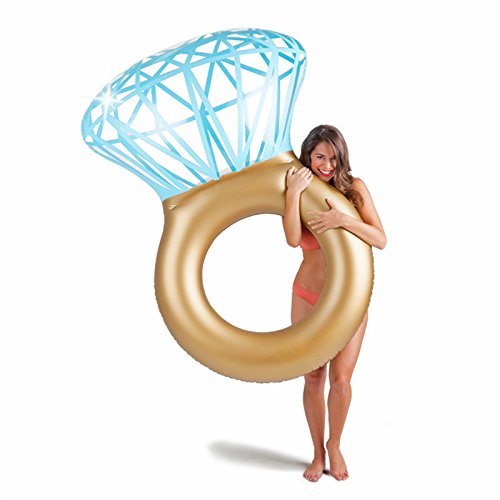 Say I do to this giant diamond ring pool float, and every sunny day will feel like your big day. 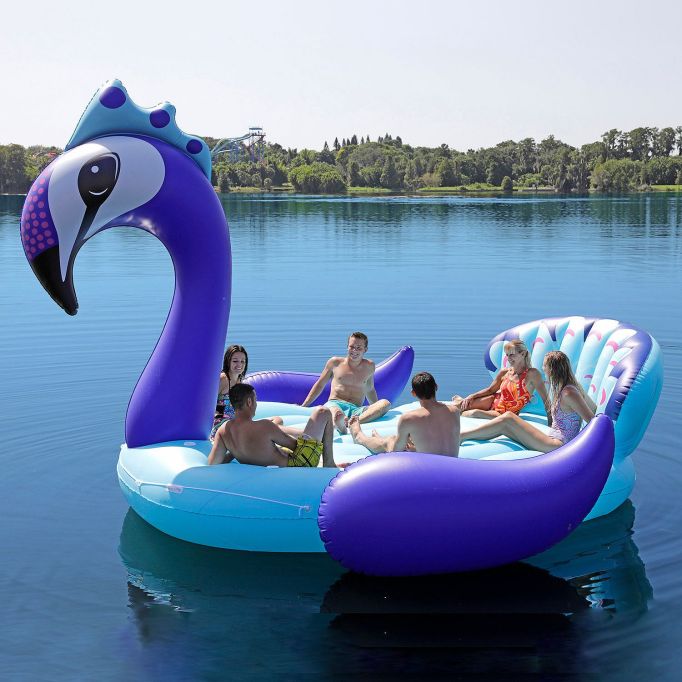 A gigantic peacock may be a bit much for your average pool party, but, hey, that just gives you an excuse to spread your wings and throw a massive lake shindig instead. 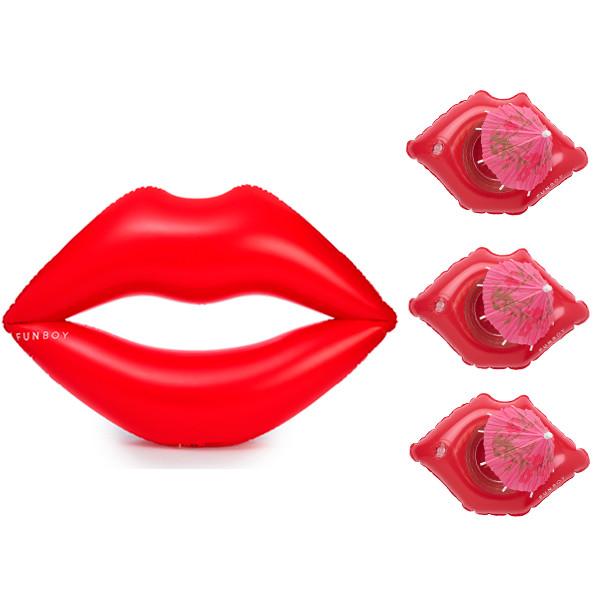 Read my lips: You can't possibly make it one minute longer without this float set to carry you (and three of your drinks) through the sunny summer months. 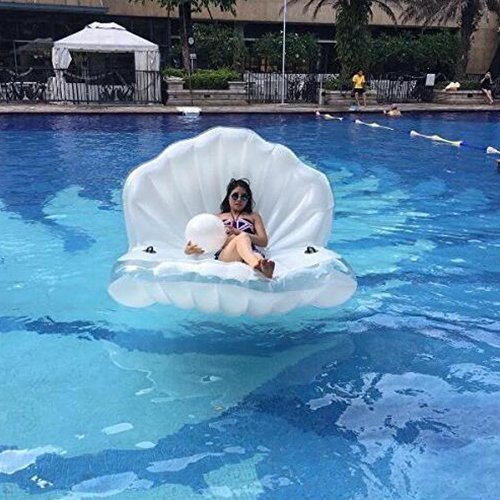 Channel your best Botticelli's "The Birth of Venus" with this giant seashell pool float. Bonus? It comes with a "pearl" beach ball-slash-photo prop. 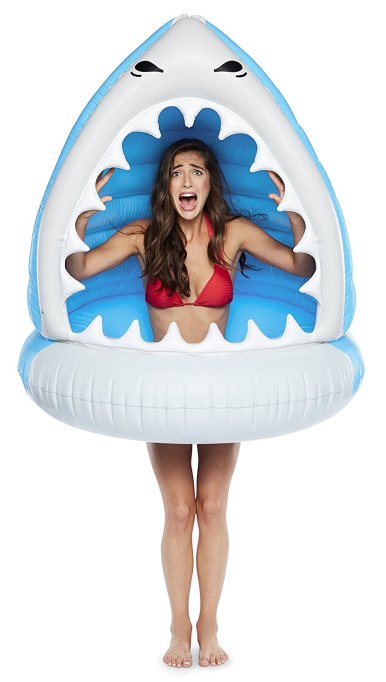 This shark bite pool float is as functional as it is funny. Think about it — being inside the belly of the beast affords you some pretty fantastic sun protection. 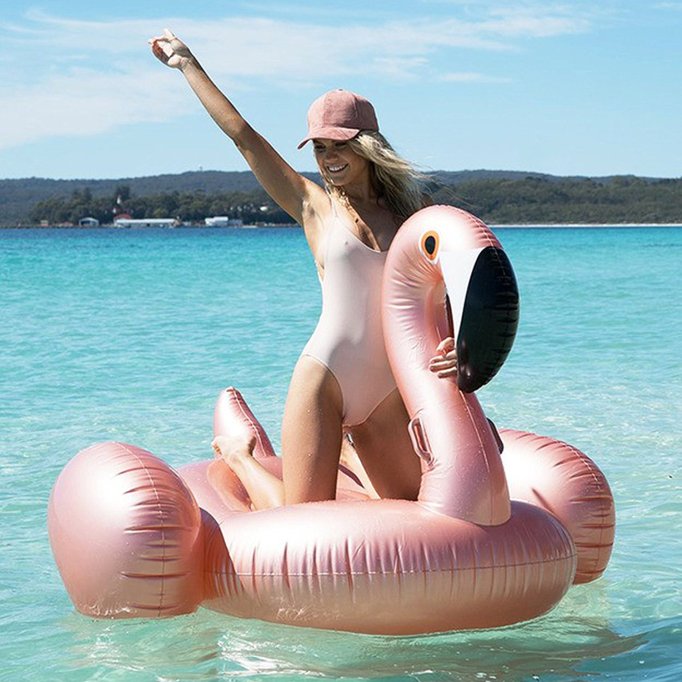 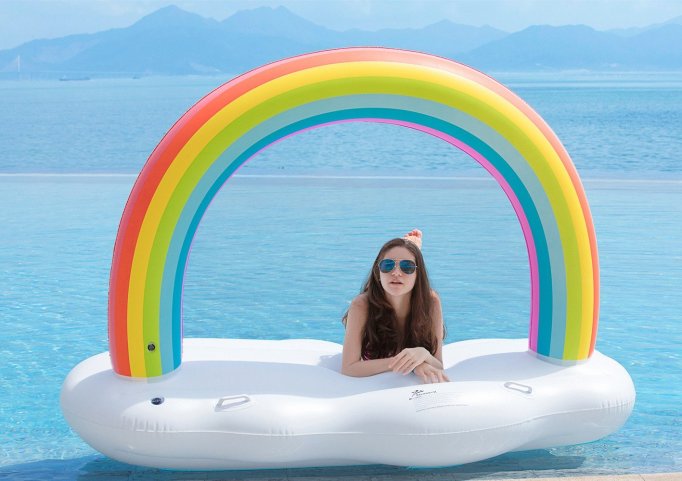 Is there really a pot of gold at the end of every rainbow? Test the theory every time you take a dip with this cheery oversize pool float. 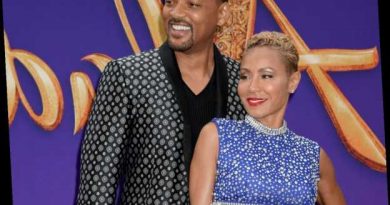 Nikki Bella: Why Artem Chigvintsev Says We ‘Need to Wait’ for Baby No. 2