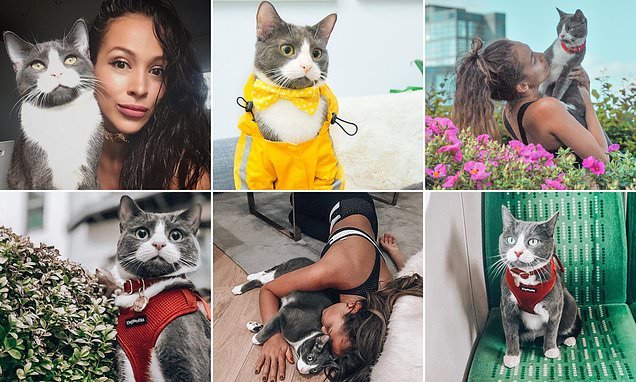 Could YOUR pet earn you a profit? Influencer whose cat has 51K followers and nets £300 per Instagram post reveals how ANY proud owner can do the same

Many of us are guilty of spending hours idly scrolling through Instagram swooning over pictures of cute animals and uploading our own loving images of our pets.

But what if you could make hundreds, even thousands of pounds by sharing snaps of your furry friend?

That’s what pet influencer Karen Duque, 30, a project manager from London, has been doing since adopting a two-month-old kitten.

Karen is the proud owner of piebald cat Dante Duke, who has amassed nearly 51,000 followers on Instagram.

She charges up to £300 for a post and story on the platform, and a minimum of £500 for the adorable feline to star in an advert. 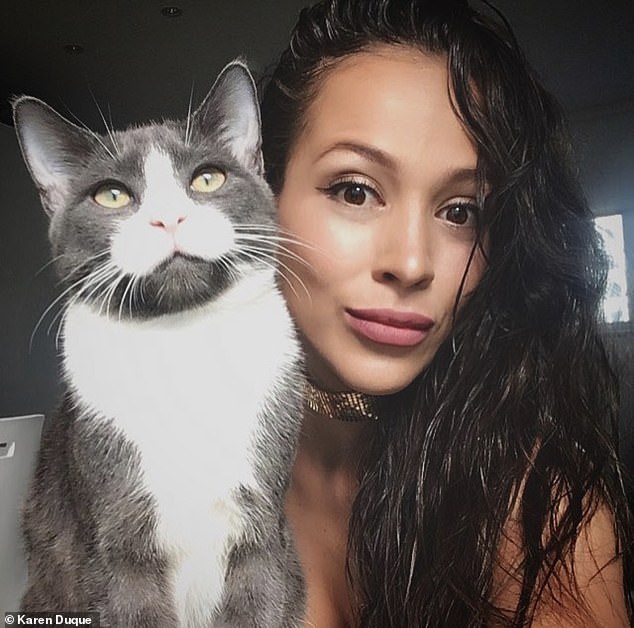 Karen is the proud owner of piebald cat Dante Duke, who has amassed nearly 51,000 followers on Instagram

‘Dante’s Instagram success is still a huge surprise to me and my friends,’ Karen told FEMAIL.

‘I never expected his profile to get so much attention and it’s not what I was looking for when I created his account. I just wanted to share some pictures and memories with my new best friend and everyone seems to love him as much as I do!

‘We’re still quite amazed how a cat can have such a big following who love to engage with everything he does, but I think we all love watching animal content on social media.

‘It makes people smile and it’s definitely some innocent relief from some of the other stuff that’s out there.’ 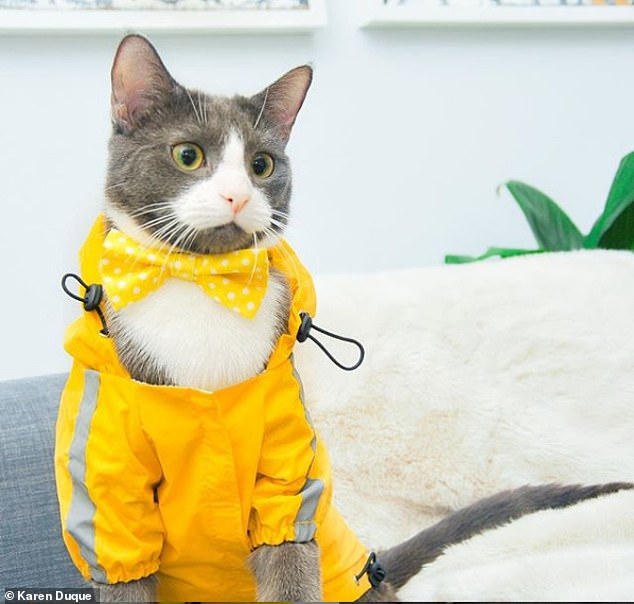 Karen said Dante’s incredible following has brought about opportunities she never dreamed of.

Having initially started up his profile for her own enjoyment, she was approached by brands in the pet industry who recognised Dante’s potential reach and engagement with his audience.

‘I know of pet influencers who have built profiles with over 100,000 followers who charge £1,000 a post and £300 for an Instagram story, so it definitely can be used as a very helpful revenue stream,’ Karen said. 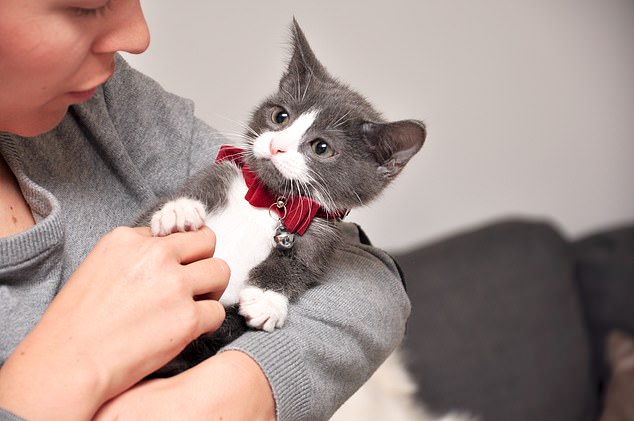 Karen said Dante’s incredible following has brought about opportunities she never dreamed of. Pictured as a kitten, he was just two months old when Karen adopted him 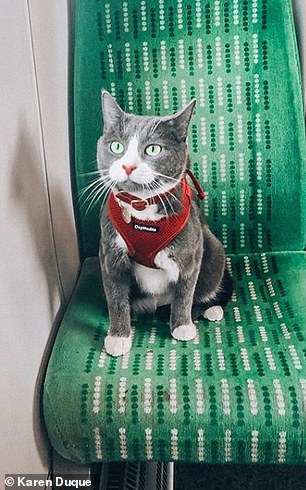 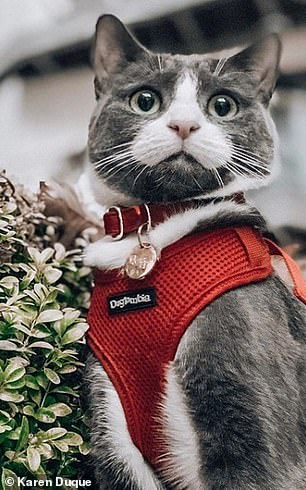 Proud owner Karen said she thinks carefully about the content she creates and publishes in regards to showing Dante’s character in every image, caption and story

‘Though I’ve found it’s often not as easy as it sounds and it can bring its own challenges.’

Karen said she is cautious not to share too many ‘sponsored’ posts as it can lead to her audience ‘switching off’, and she will only agree to work with brands if they’re a ‘natural fit’.

Dante is an official ambassador for Freshpet, a pet food manufacturer, and has worked with brands such as Virbac, which is dedicated to animal health. 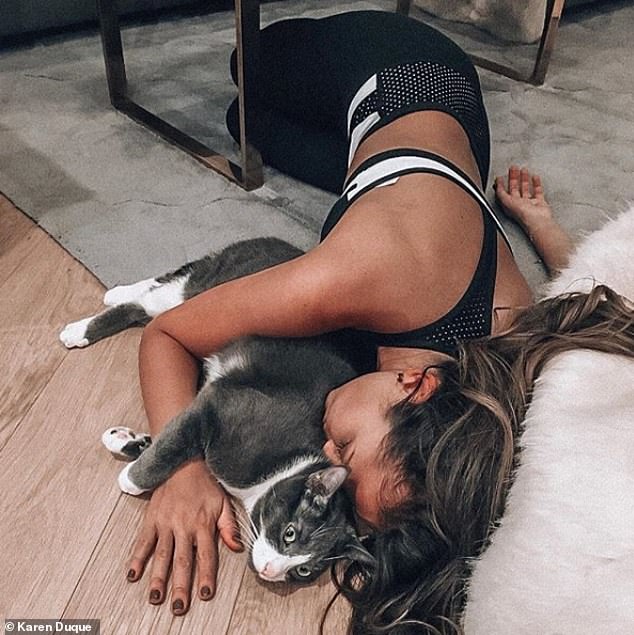 Having initially started up his profile for her own enjoyment, Karen (pictured with Dante) was approached by brands in the pet industry who recognised her cat’s potential reach and engagement with his audience 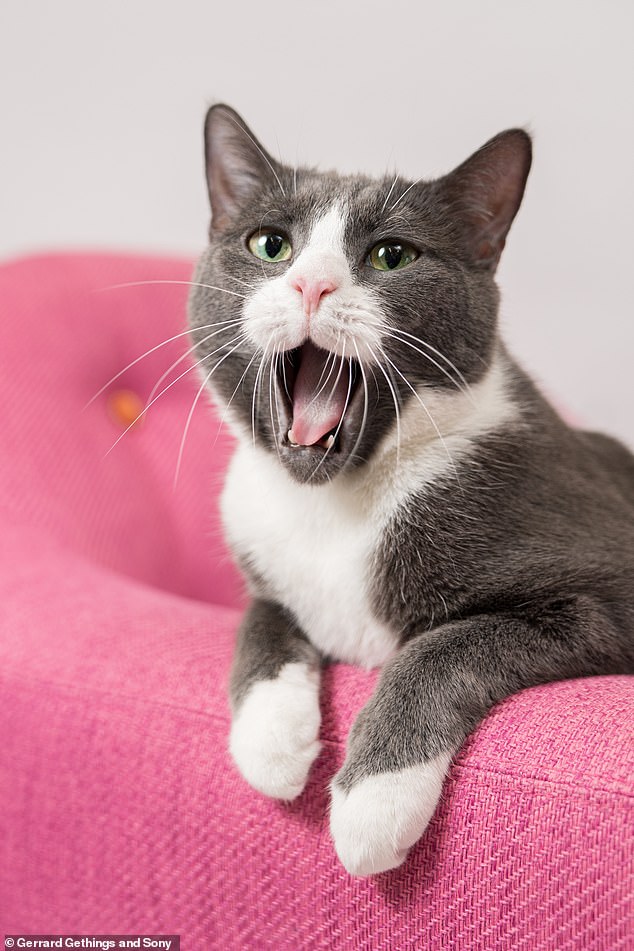 When Karen first started up Dante’s profile, she would post every day to build momentum, but now she’s more ‘relaxed’. The puss is pictured using the animal eye focus function on a Sony α6400 camera

‘Dante has also moved towards consumer lifestyle brands and has appeared in an advert for Abel & Cole which was very exciting!’ Karen said.

‘It’s allowed me to bring in an unexpected revenue boost and it’s amazing to see what his profile has become, but I won’t be quitting the day job any time soon!’

After creating Dante’s profile on Instagram, Karen started with the occasional gallery of pictures – of which she took thousands – for the benefit of her friends and family.

1. Prioritise creating high quality images. There are amazing apps out there that allow you to improve the quality of your pictures and take your time to get the perfect shot. Changing the tonal colours and exposure if the picture is too dark or too bright can make all of the difference to your engagement.

2. Authenticity is key and it shouldn’t feel forced. Take advantage of moments when your pet is in its favourite spot or when you’re both in a lovely location.

3. Be considerate of your pet’s mood and pick your moments. If your pet is calm, it’s great for portrait shots to post. If your pet is lively, perhaps this is something your audience would find cute on Instagram stories.

4. Make sure your pet is front and centre so they get the attention they deserve. Minimise distractions in the image by ensuring the background is clean and not too busy. Maybe include a playful toy or a comfy pillow, but less is more.

5. Create a consistent theme for your pet’s profile so that it is cohesive. Be consistent and your audience will recognise and appreciate your unique content style.

‘I thought it would be fun, but it gradually got traction and it has had a snowball effect since then,’ she explained.

‘It’s been quite surreal to see his following grow, especially as I had no experience with social media.

‘I had no idea how to build an audience and engage with so many different demographics, but I’ve learned over the past two years that there are strategies to creating content that works on social media so I guess I got quite lucky landing on my feet in the early days.

‘I think it shows that anyone can become an influencer if they’re committed to producing content and they’re not afraid to try new things while remaining authentic.’

When Karen first started up Dante’s profile, she would post every day to build momentum. Now he has built up an engaged following, she said she can be ‘more relaxed’ and post around three times per week.

‘For me, it’s very much a case of quality over quantity,’ she explained.

‘Instagram stories are a different case altogether and I publish them daily to make best use of the algorithm.

‘If Instagram see you are posting regularly, they will position your content so it is reached by a bigger potential audience.

‘Stories allow you to make more one to one interaction with your audience and it’s such an easy way to create videos of Dante’s day to day activities without overthinking too much.

‘Dante is a super chilled cat and even showing videos of him in his best sleepy poses get fantastic engagement.

‘However, the time that I commit to Dante’s profile does fluctuate. I have a full-time job and my own company so I have found it difficult to maintain a consistent flow of content.’

Karen admitted it’s been a ‘steep learning curve’ at times, but believes one of the key things that’s made Dante’s profile so successful is its consistency. 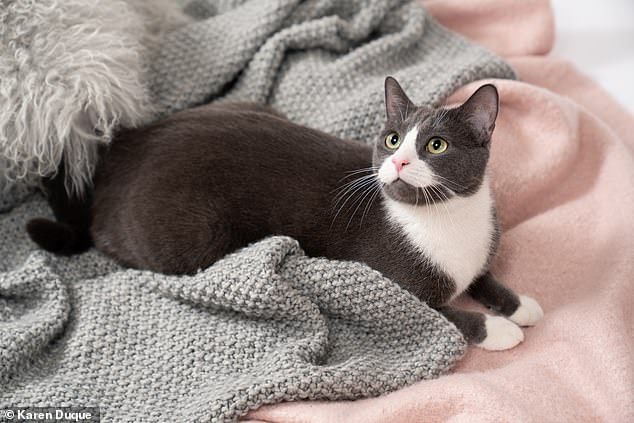 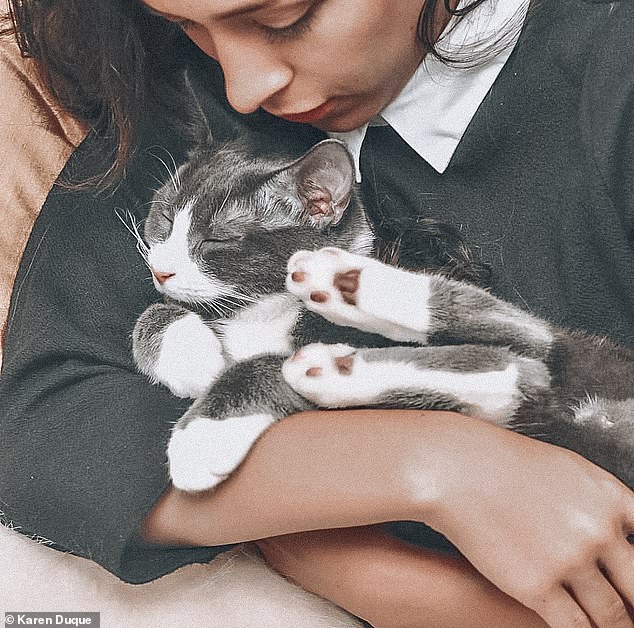 ‘There are so many accounts out there that there is a pressure to differentiate and the best way to do that is showcase your pet’s unique personality stylistically,’ she said.

‘I need to think carefully about the content I create and publish in regards to showing Dante’s character in every image, caption and story. I have become obsessed with making sure Dante’s feed is very cohesive so that it looks great and I use similarly warm tones throughout.

‘I like to dress Dante in different coloured bow ties and collars because I know he feels very comfortable with them. It’s a really nice way to add some fun and games while showing off his personality.’ 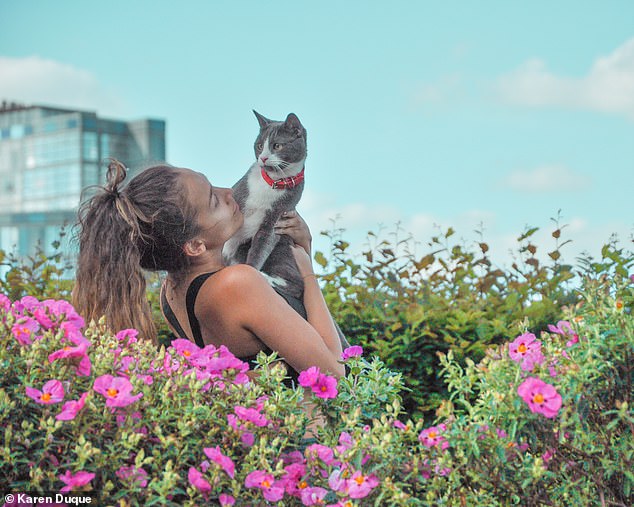 Karen admitted it’s been a ‘steep learning curve’ at times, but believes one of the key things that’s made Dante’s profile so successful is its consistency

Dante has followers all over the world and Karen ensures she does her best to interact with them to make sure they know they’re ‘valued’.

‘Growing your Instagram’s following isn’t something that happens overnight so I think it’s important to have a realistic expectation from the outset and be patient,’ she added.

‘I didn’t set out to achieve Dante’s success from the outset and it was something of a surprise, but I would say it takes time and commitment.’

Karen now uses a Sony α6400 camera to take pictures of Dante, which has a new unique Animal Eye Auto Focus technology which uses facial recognition on pets to capture their expressions. 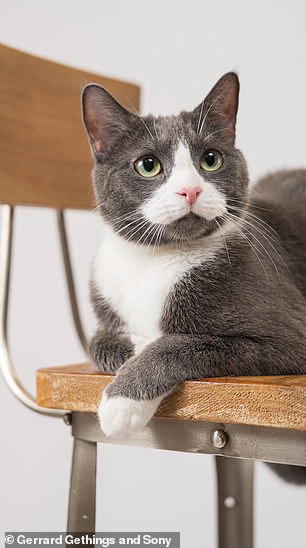 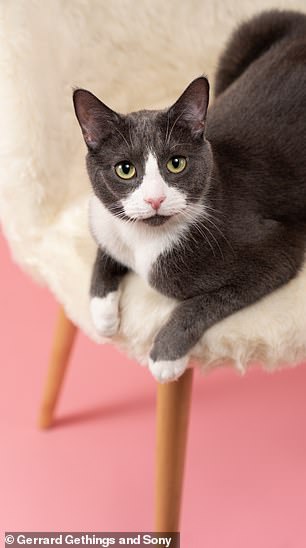 She added that captions are a great way to build engagement, with many pet influencers writing them from the perspective of the animal.

‘Once you’ve decided on a tone of voice, it’s crucial you stick to it throughout,’ she said. 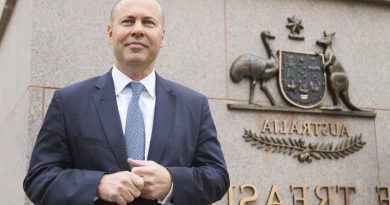 Frydenberg to show turnaround in budget revenues … but more deficits 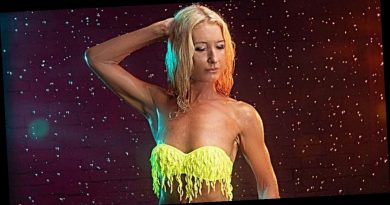 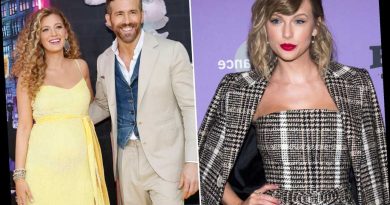