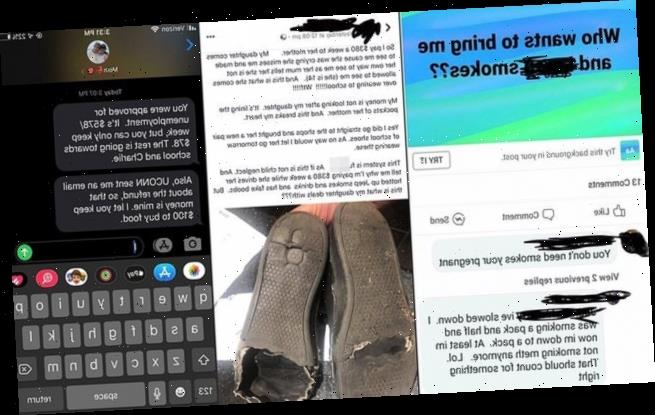 These social media posts prove that a parental love is not always unconditional.

The parents, believed to be from the US and the UK, were shamed on social media for their selfish, bizarre and downright cruel behaviour in a gallery which was shared on Bored Panda.

One father revealed his ex-wife let their 14-year-old daughter walk to school in shoes full of holes in spite of the $400 he sent her each month.

Meanwhile a pregnant mother was caught asking for cigarettes on social media and boasted about cutting down to ‘just a pack’ while expecting. 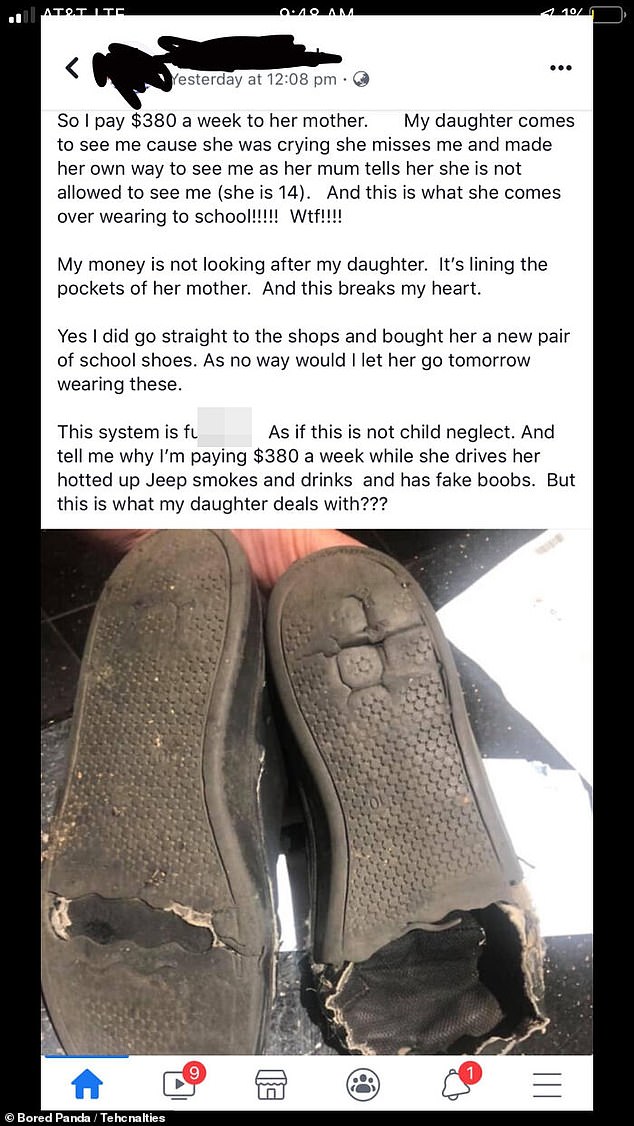 People have shared appalling example of bad parenting on social media. One man from the US revealed how his ex-wife let their daughter walk to school with holes in her shoes in spite of the money he sent monthly 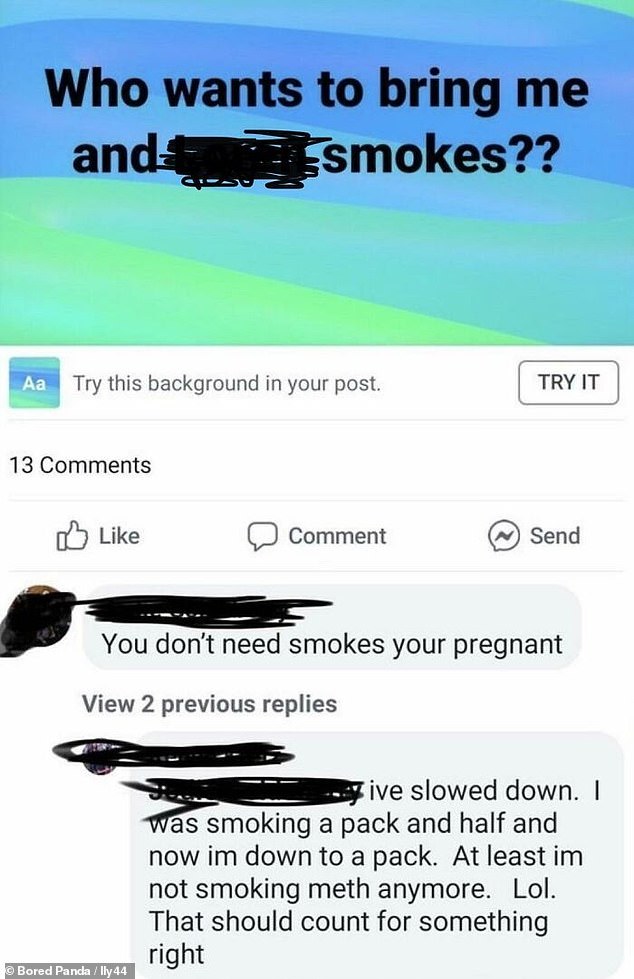 One person shared this Facebook request from a pregnant woman asking for cigarettes, boasting she had cut down to one pack a day 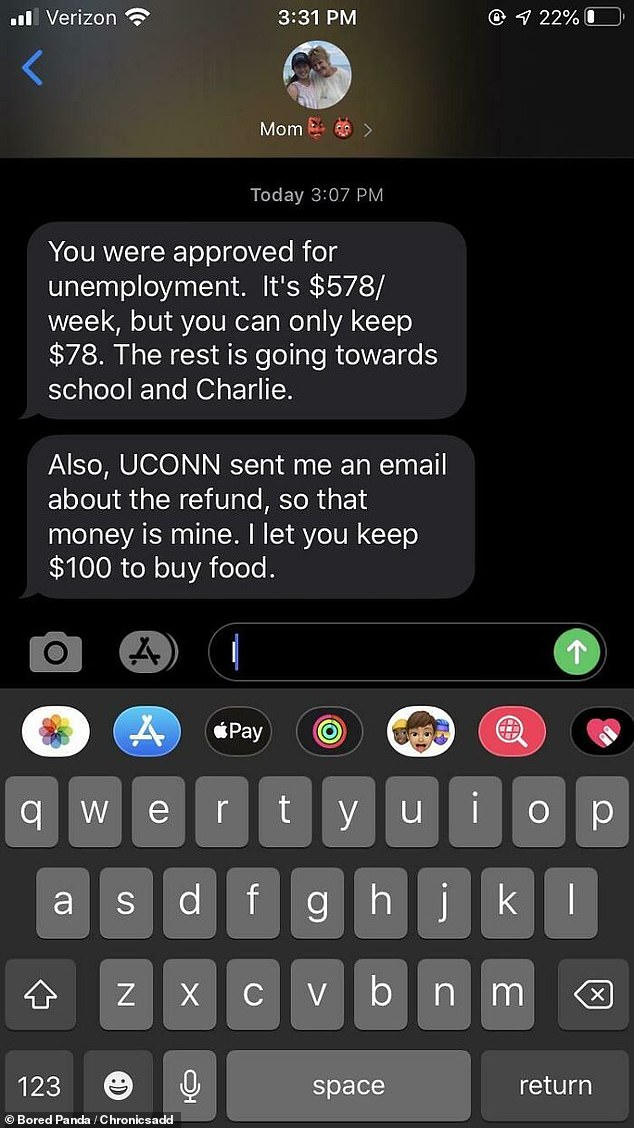 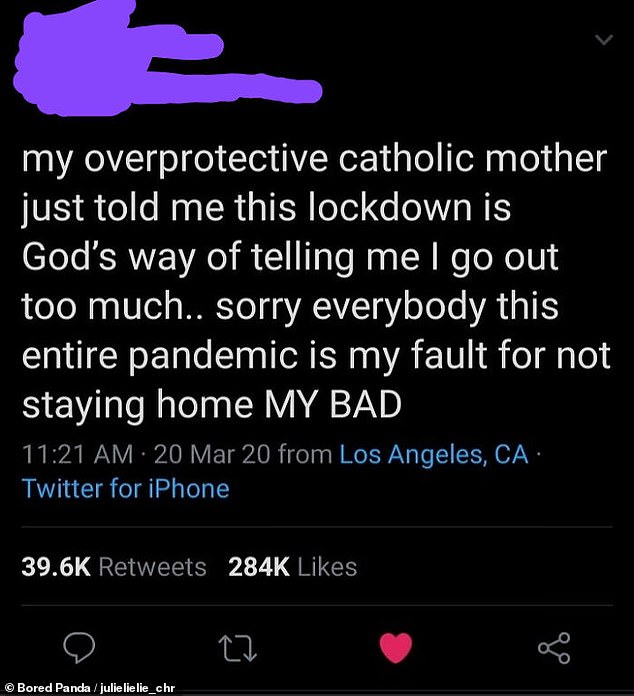 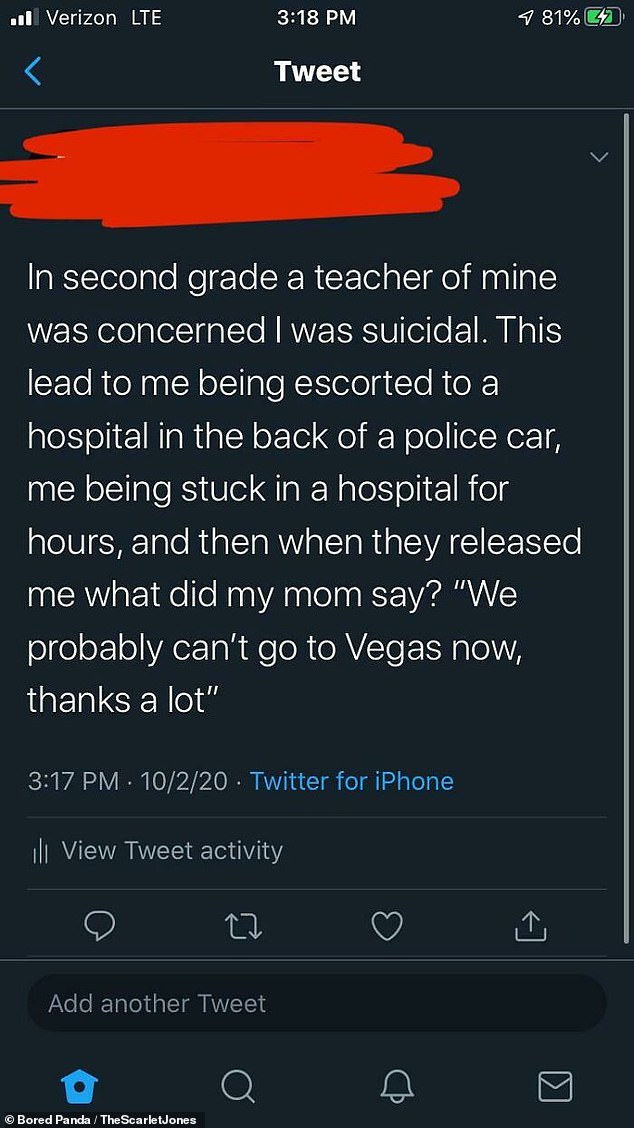 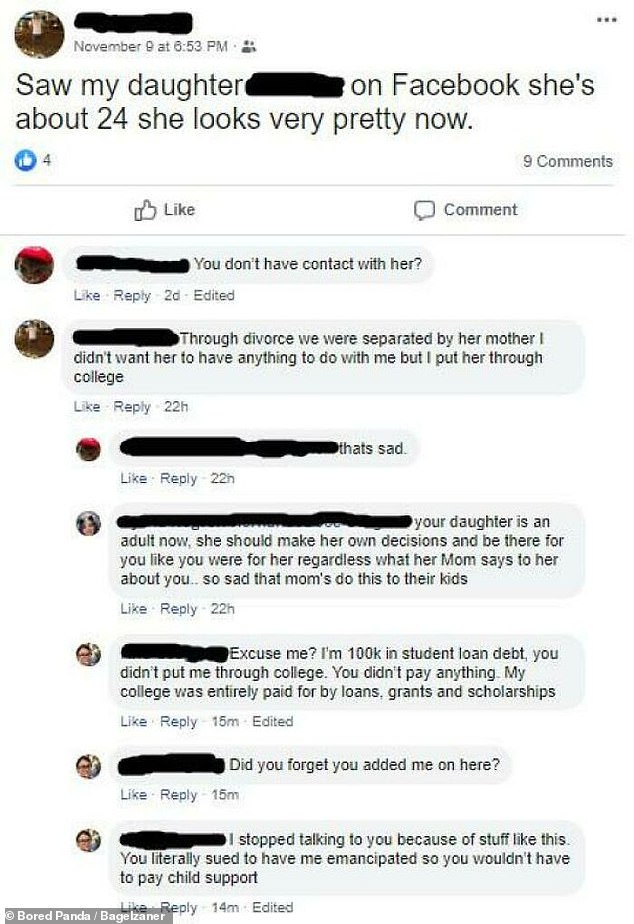 One woman from the US was shocked to find her father was pretending online that he had paid for her studies, when she had had to take a loan 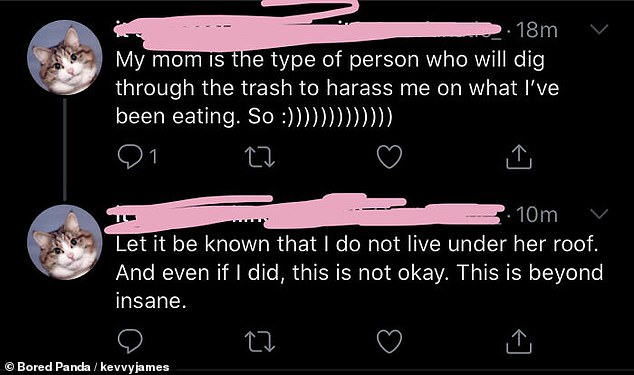 Talk about controling! One person revealed their mother went through their trash to see what they had been eating 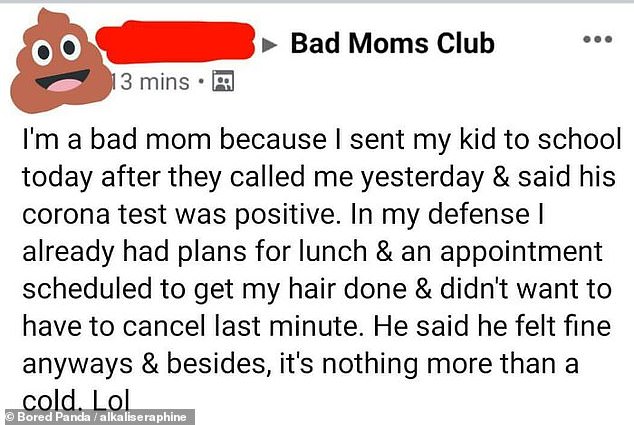 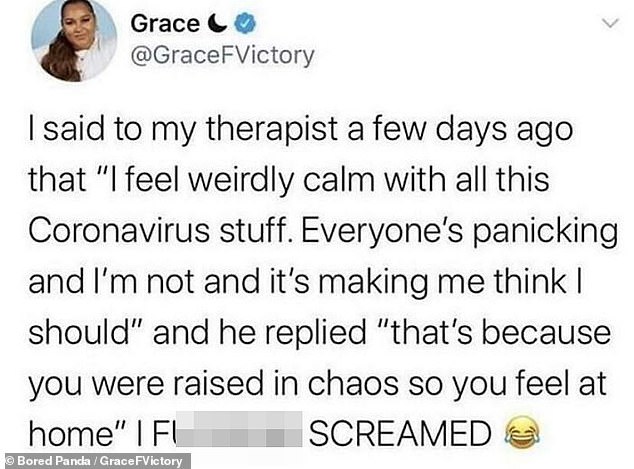 One woman from the UK shared how she was feeling very calm about the coronavirus, because her family life had been chaotic 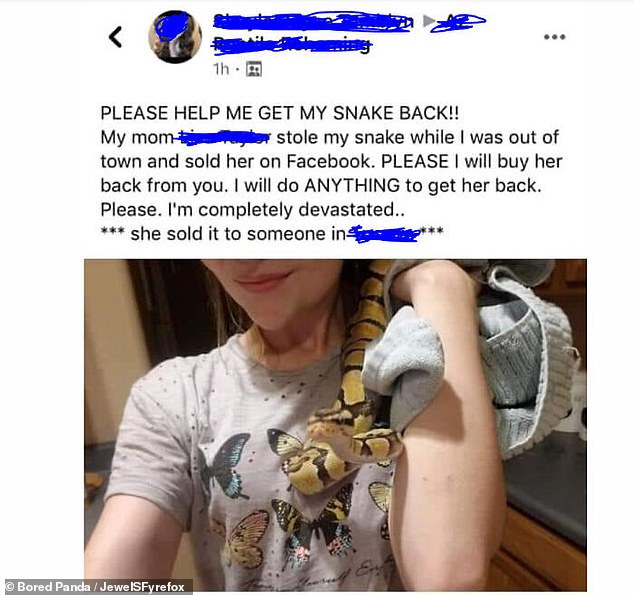 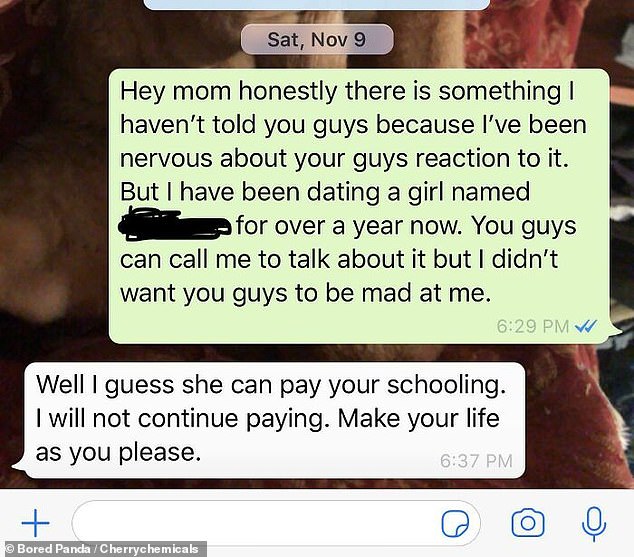 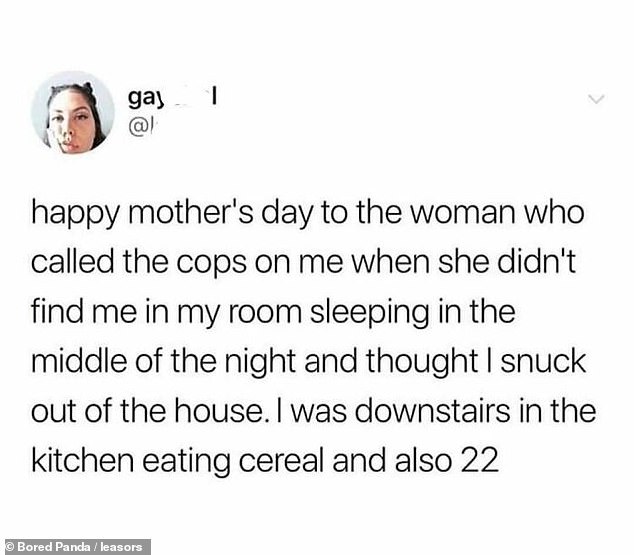 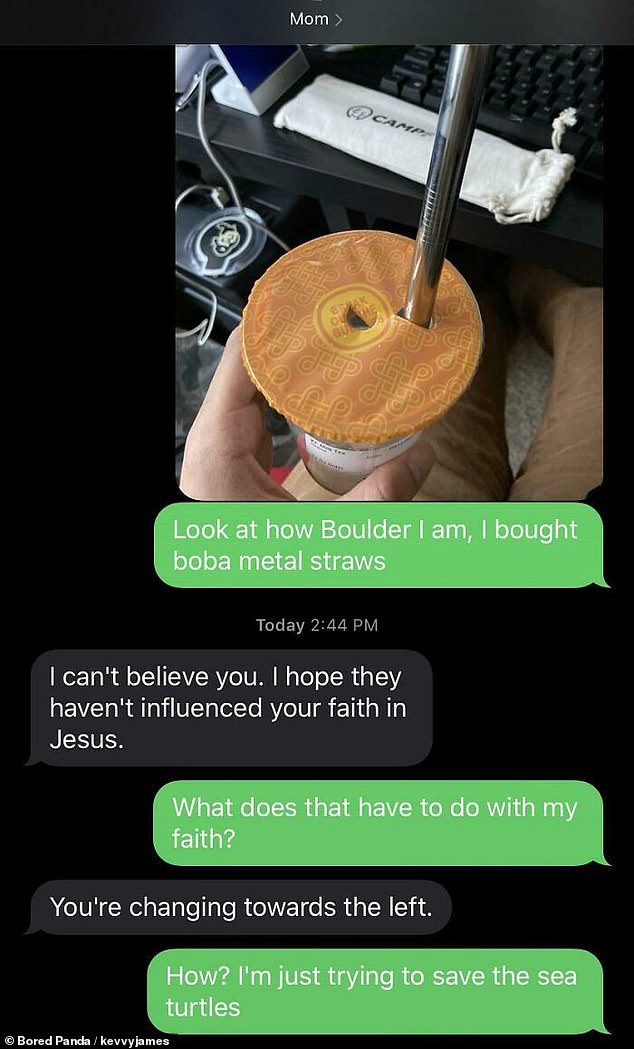 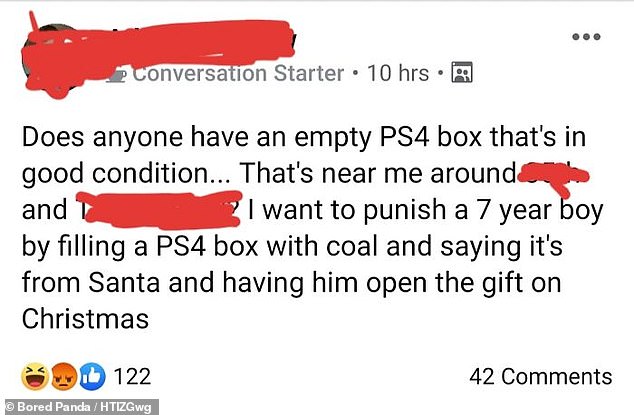 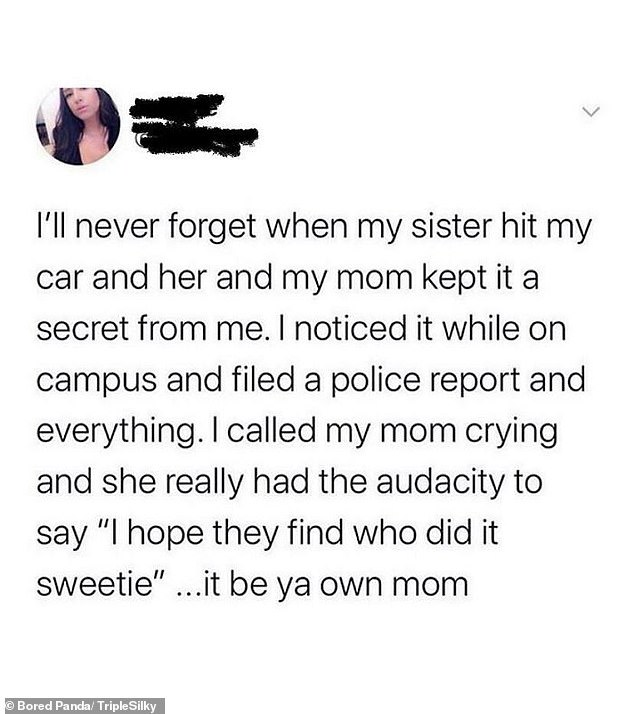 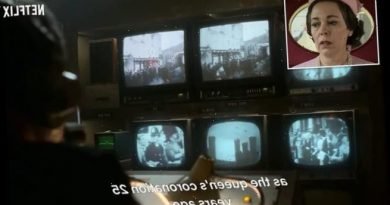 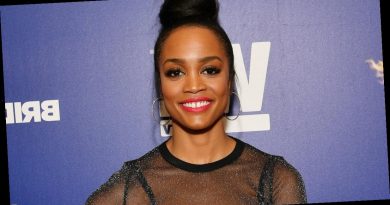 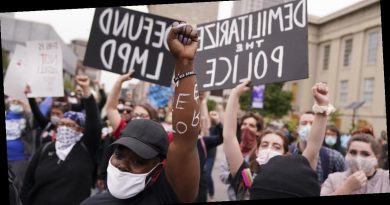