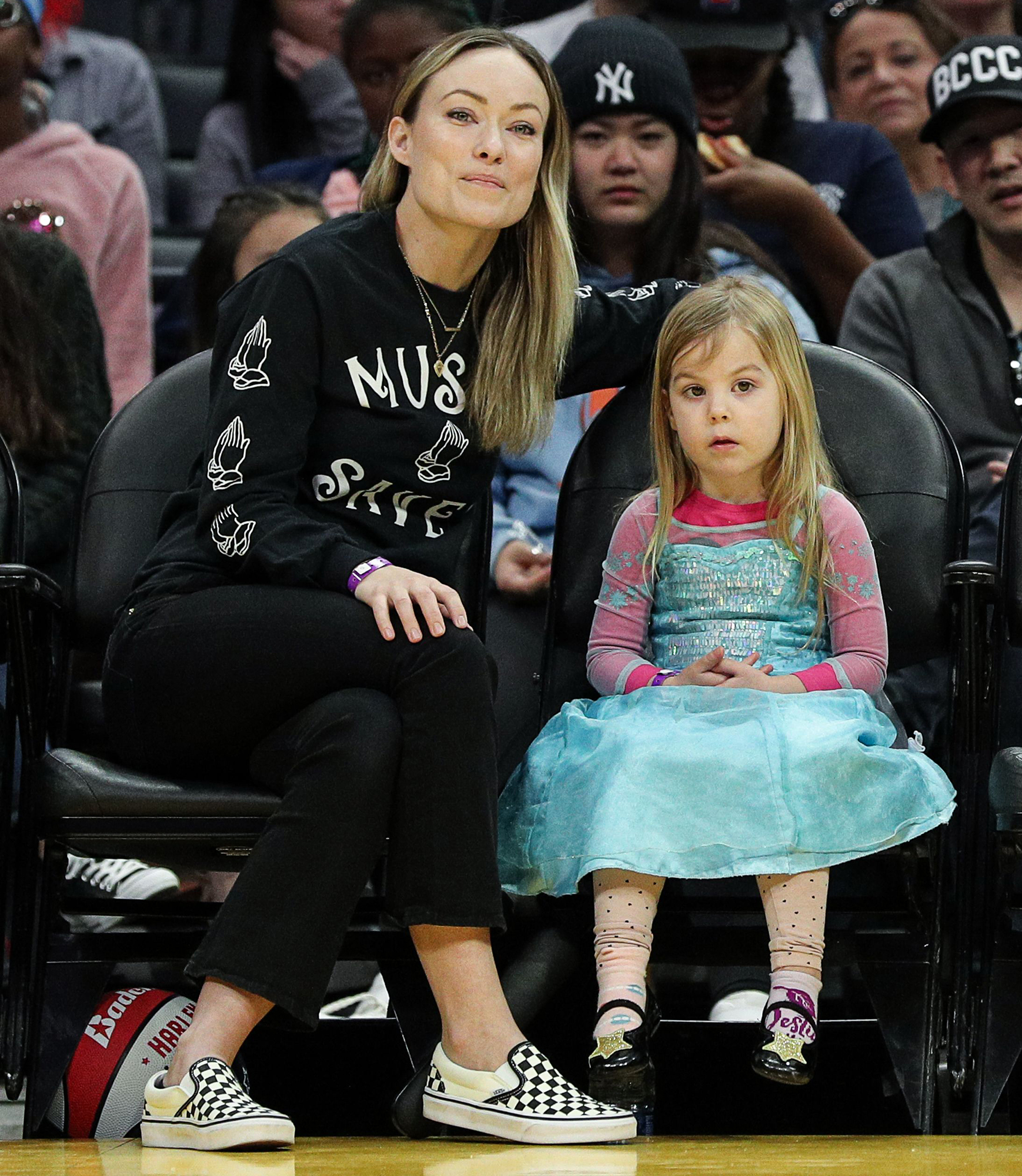 Olivia Wilde was joined by a familiar face in Don’t Worry Darling — her daughter, Daisy!

“[That] is my real daughter, that’s Daisy and she was very good at playing my daughter,” Wilde, 38, gushed during a Wednesday, September 21, appearance on The Late Show With Stephen Colbert. “She was wonderful.” 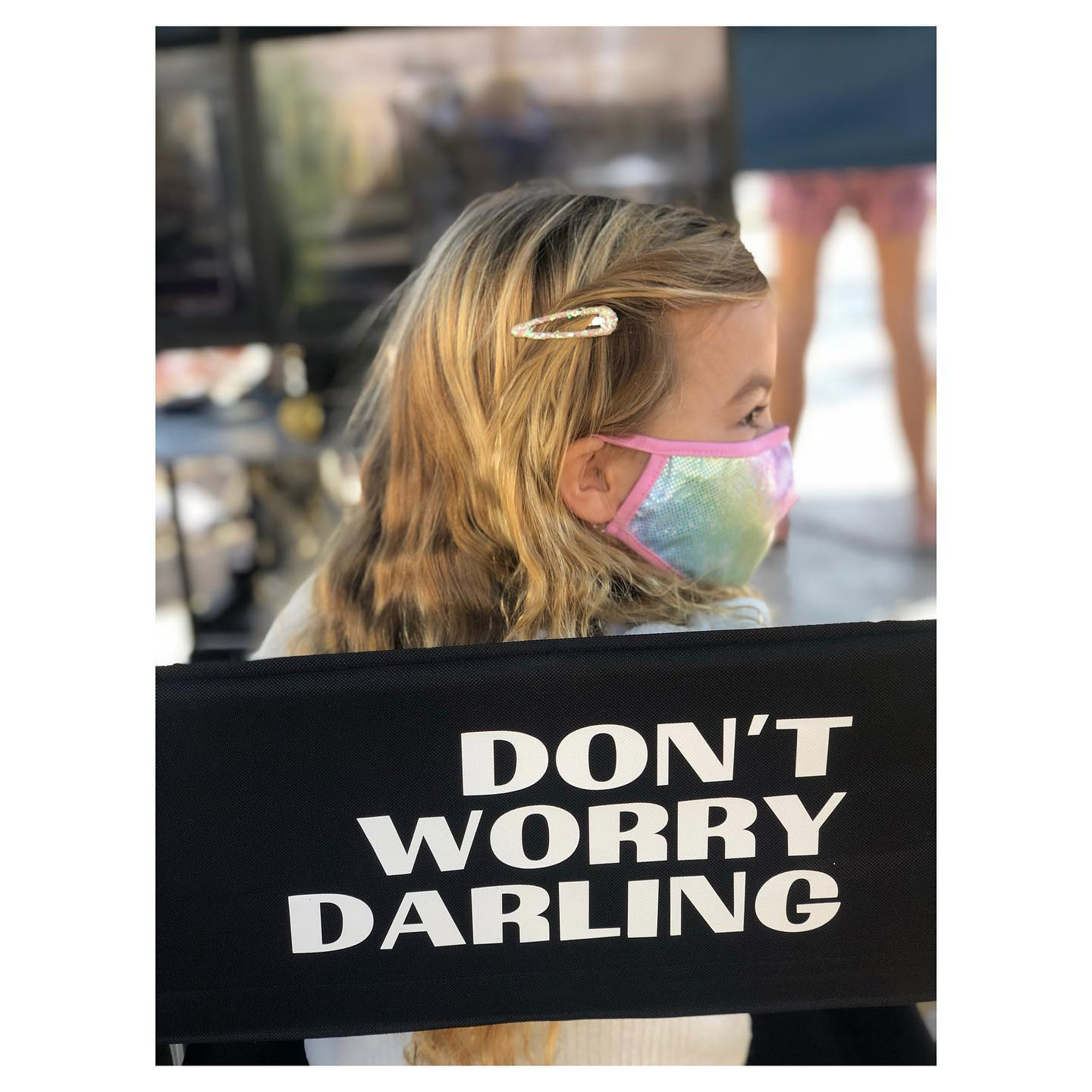 The New York native, who also directed and produced the psychological thriller, has a featured role as housewife Bunny in the flick. “I was a little meaner to her in the movie than I’d normally speak to her,” Wilde admitted to host Stephen Colbert. “It was like the drunk, 1950s version of me, I guess.”

Despite yelling at the 5-year-old — whom Wilde shares with ex-fiancé Jason Sudeikis, alongside 8-year-old son Otis — to stay focused, the O.C. alum truly enjoyed having her little girl watching her work.

“It was really great to have her there,” Wilde said on Wednesday. “I really love that she was seeing me in that light, like, I thought, ‘Oh good, somewhere subconsciously this is seeping in that her mother is in charge and is supported by this awesome crew.’”

While Wilde and the 47-year-old Ted Lasso star called off their engagement in November 2020, they’ve remained committed to coparenting Otis and Daisy.

“There’s nothing that is more important to me,” the House alum told Vanity Fair in a profile published earlier this month. “I love driving to school every morning. I love making pancakes. I love putting them to bed every night. They’re my best friends. … We almost find more strength in protecting others than protecting ourselves. I think that I am able to withstand all of the nonsense because I’m protecting them.”

Celebrity Family Members Who Worked Together

After years of raising Otis and Daisy together, their custody arrangement made headlines in April when the Booksmart director was served court documents during her CinemaCon presentation of Don’t Worry Darling. While a source confirmed at the time that the Saturday Night Live alum had no idea when the paperwork would be delivered to his ex-fiancée, Wilde perceived his actions as a public attack.

“The only peo­ple who suffered were my kids, because they’ll have to see that, and they shouldn’t ever have to know that happened,” the actress told Variety in September. “For me, it was appalling, but the victims were an 8­ and 5 year-­old, and that’s really sad. I chose to become an actress. I willingly walked into the spotlight. But it’s not something my children have asked for. And when my kids are dragged into it, it’s deeply painful.”

Sudeikis, for his part, noted in his August court filings that he did not want the process server to deliver the documents to Wilde when Otis and Daisy were present. 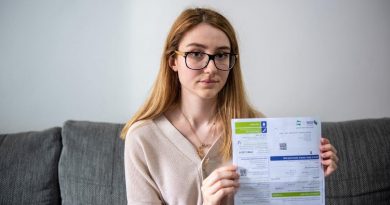 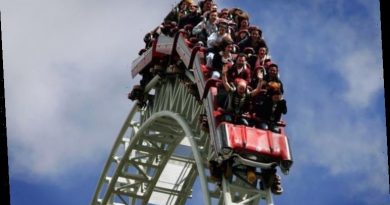 When will Thorpe Park reopen? 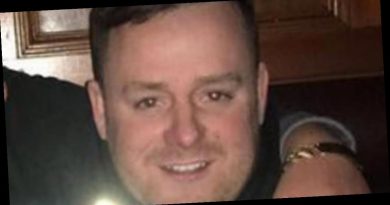