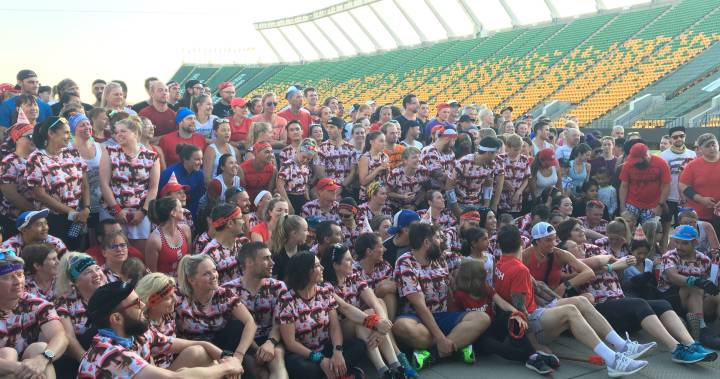 After six years of leading hardy Edmontonians through rain, snow, sleet, heat and shine, November Project Edmonton co-founder Andrew Ference is stepping down from his role.

“I’m going to go back to participant,” the retired Edmonton Oilers captain said on Wednesday.

The move comes as the free, inclusive event celebrates six years in the city. The concept is simple: wake up early in the morning, get some exercise and meet new people.

The 6 a.m. workouts happen three times a week: Mondays at varying locations that are posted online weekly, Wednesdays doing stairs at Commonwealth Stadium (or the Royal Glenora Stairs in the winter) and Fridays running the Walterdale Hill.

The November Project was born in Boston as a way to stay in shape during the cold New England winter months.

At the time, Ference was playing hockey with the Boston Bruins and running stairs solo when a friend suggested he join a group of people who did it too.

The next week, he attended his first November Project and saw that beyond a great workout, it was really fun.

“They’re just crazy positive and encouraging and high-fiving and being a little bit more goofy and so it was just a great time,” Ference explained. “It was so simple. There’s no membership, you don’t have to pay money — just show up.”

He said as many as 400 people participated in Boston. Two years later, when he joined the Oilers, the Sherwood Park native started the local chapter with his sister Jen.

“After doing that for years in Boston and moving here, I didn’t want to give it up,” Ference said.

“It was a real positive part of my life: I had made new friends, met new people outside of the hockey bubble and thought it was a no-brainer to start here, and it’s blossomed into exactly what I hoped it would.

“A lot of friendships, marriage — all kinds of stuff have come from this.”

One couple even got married at a November Project workout in 2017.

The first workout saw about 20 people show up in the early morning at Kinsmen Park for “an unknown fitness thing,” as the event’s blog put it.

The number of participants in Edmonton has grown over the years, thanks to word-of-mouth and social media. The Ferences have also been joined by two other co-leaders: Nadim Chin and Rob McDougall.

Ference announced he was stepping down at Monday’s gathering, where there was a giant slip-and-slide as part of the birthday week celebrations.

“It’s been so positive, and now I’m just taking a step back. I might sleep in once in a while — on a certain Monday or two — but we’ll just come to enjoy what everybody else has for these last few years,” Ference said.

For the workout at Commonwealth Stadium, people were encouraged to wear red, white and black to represent November Project Canada and bring goody/ loot/treat bags to swap with another participant.

On Wednesday, hundreds of people showed up to sweat, many wearing T-shirts with Ference’s face on them.

November Project participants at Commonwealth Stadium gathered for a photo to celebrate six years of free workouts on the same day Andrew Ference stepped down as co-leader of the free fitness event. Wednesday, July 17, 2019.

He said the movement has grown to the point where it’s pretty much self-sustaining.

“I’ll contend that this doesn’t really need leadership at this point. You know, we help keep things on the rails and set up some special days but we have hundreds of people that know how it works now, and like I said, it’s not a complex formula,” he explained.

The November Project has spread from Boston to multiple cities around the world, encouraging people of all ages, shapes, sizes and fitness levels to get out of their beds and get moving. 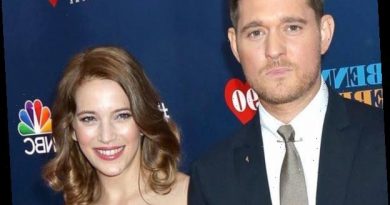 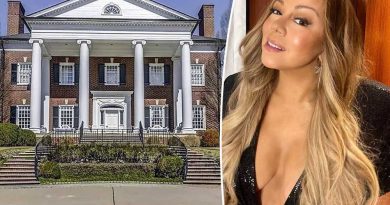 Mariah Careys Atlanta home burglarized while she was on vacation