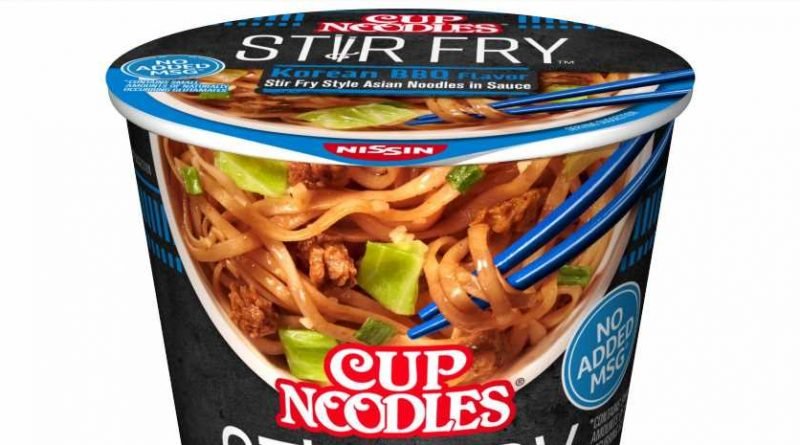 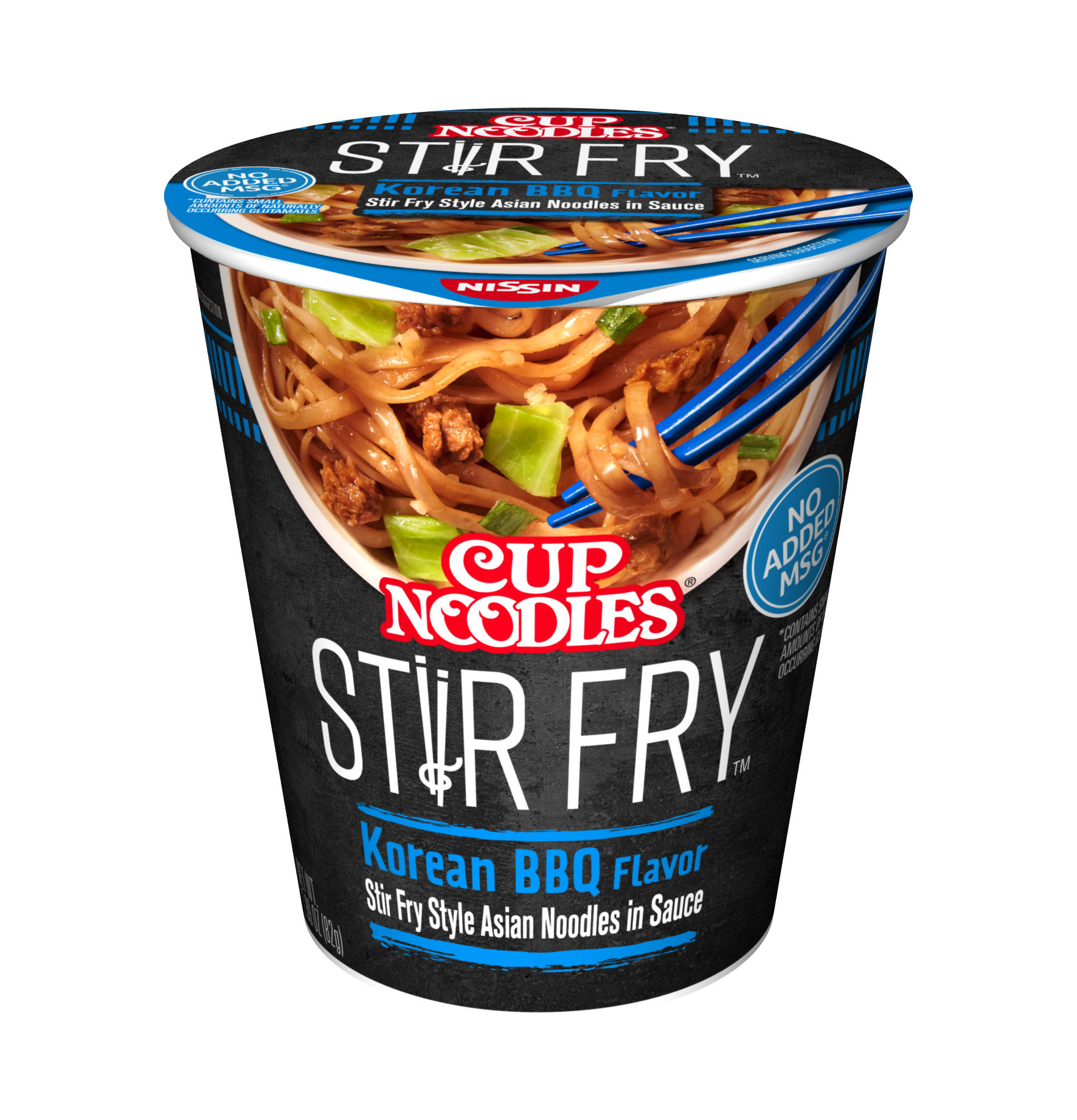 All about the noodles! Nissin Foods, the creator of instant ramen, debuted a new addition to its Cup Noodles brand in America on Monday, August 5.

The new item, which is called Cup Noodles Stir Fry, is being billed as the California-based company’s first soupless offering. According to a press release, the product was inspired by the rising popularity of Asian dishes from around the world. 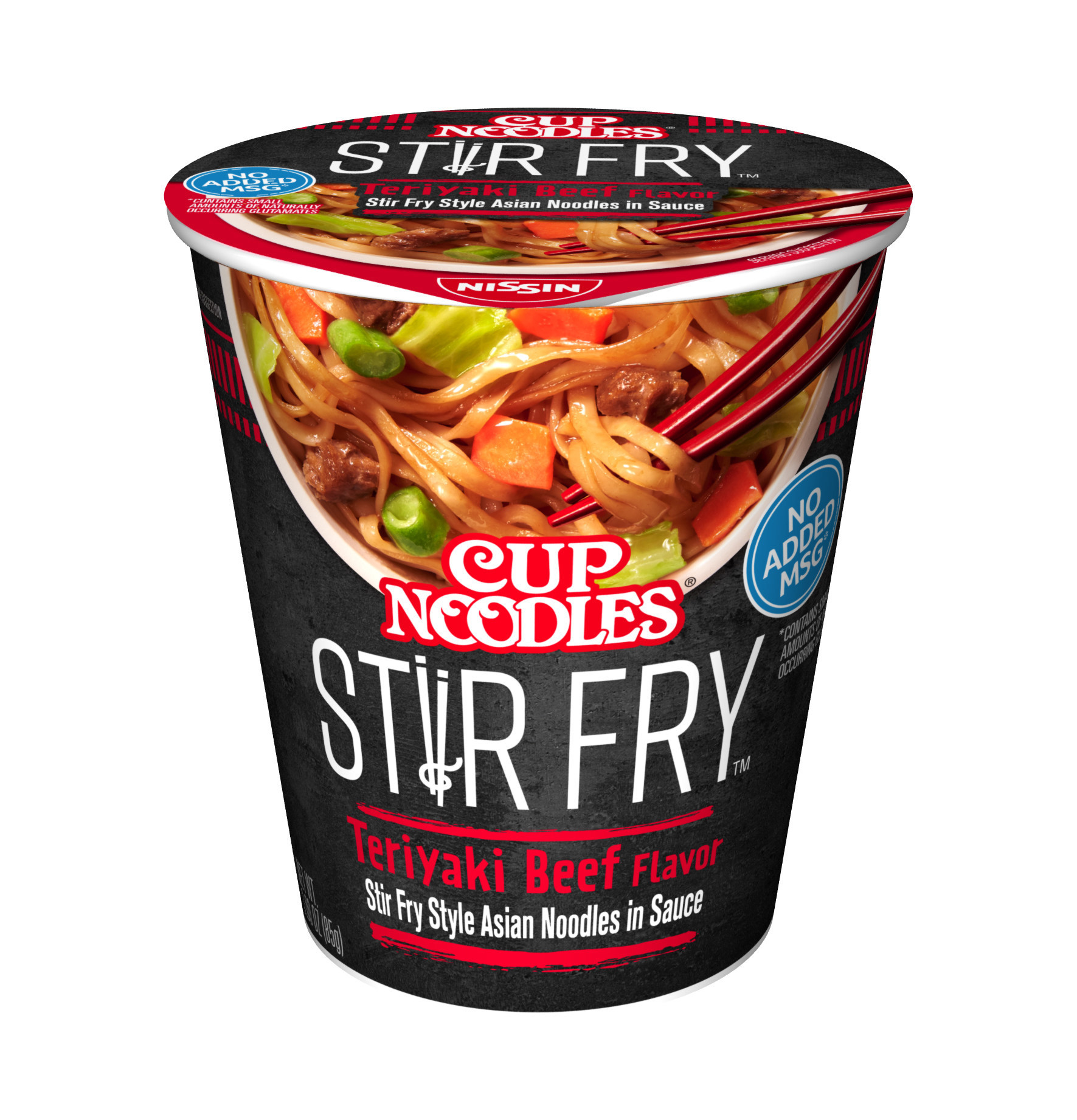 The flavorful noodle meal comes in a microwavable cup and is ready in just minutes, giving consumers the chance to enjoy an authentic stir fry-style dish on-the-go, without extra preparation.

“At Nissin Foods, we value consumer feedback and are always looking to deliver new and exciting taste experiences to our growing fan base. After learning from consumers that they loved the idea of bringing Cup Noodles and stir fry flavors together, we knew we had to deliver,” said vice president of marketing for Nissin Foods, Jackie Park.

Furthermore, Cup Noodles Stir Fry is making history in America as the first Cup Noodles product that is not a soup. This product is the newest offering from Cup Noodles since the 2017 launch of Cup Noodles Very Veggie, and it comes in three distinct flavors – Korean BBQ, Teriyaki Beef and vegetarian-friendly Sweet Chili. 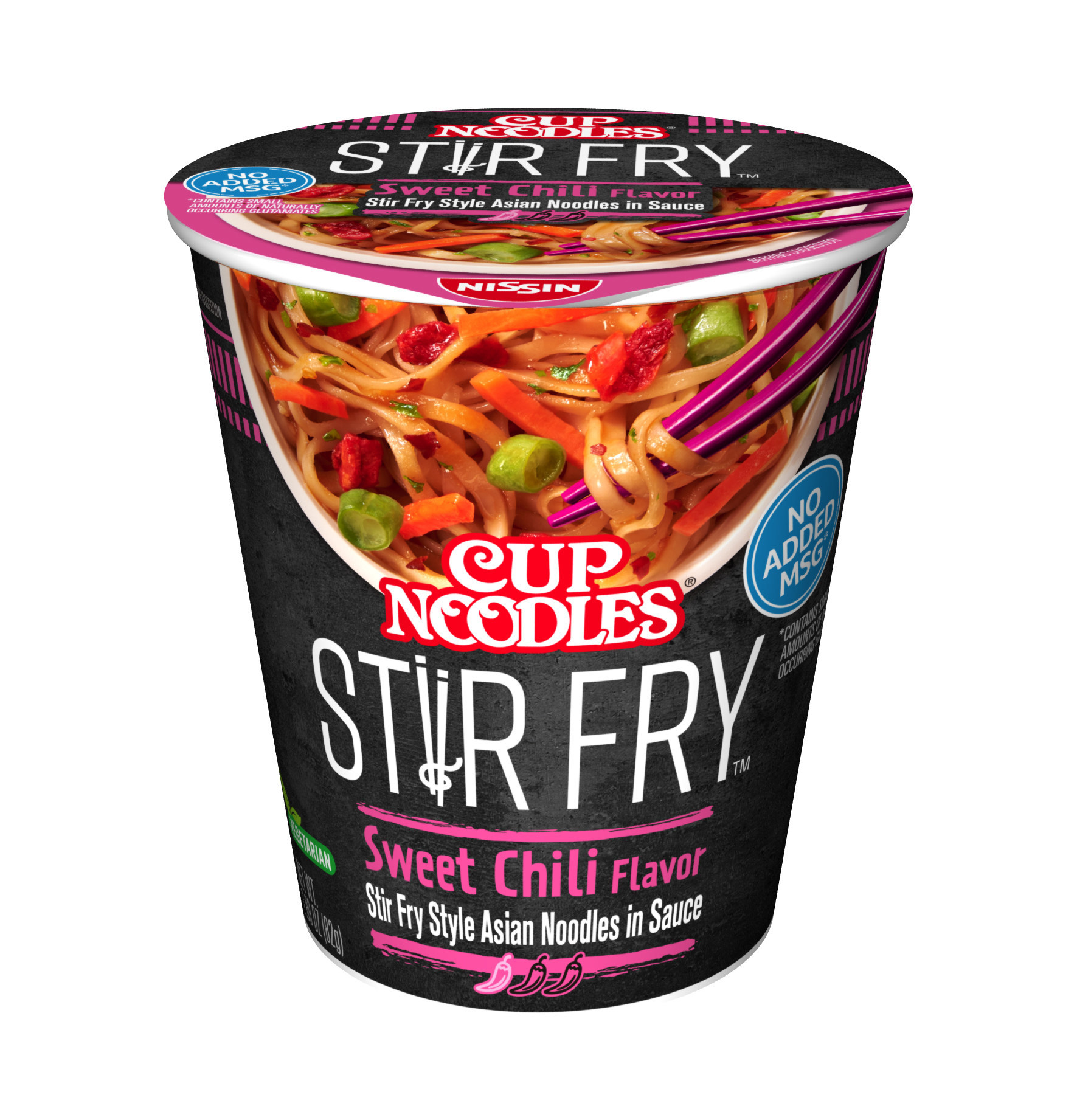 In a shift to be slightly healthier, all three varieties are free of added MSG and each package boasts a variety of high-quality vegetables for added flavor and texture.

Cup Noodles Stir Fry will be available in Walmart stores nationwide beginning next month and are slated to be sold at additional retailers starting in December.

Though consumers haven’t yet had a chance to give this new food item a try, if it’s anything like Cup Noodles, it’s bound to be a hit. In fact, that product, which launched in 1971, is no longer just for broke college students. Cup Noodles now has fans in Emily Ratajkowski, who sported T-shirt with the brand name last year, plus Lorde and Khloé Kardashian, both of whom have been spotted eating the soup.

Though Kardashian’s sister, Kylie Jenner, is also a ramen eater, she made it clear she prefers a different brand. In 2013, the Kylie Skin founder tweeted: “I literally only eat Top Ramen.” 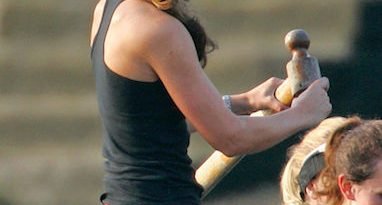 Kate Middleton Reportedly Swears By This 1 Exercise to Stay Fit 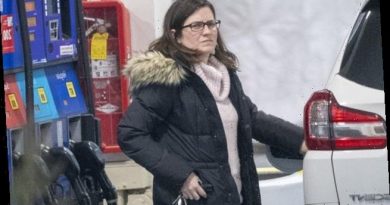 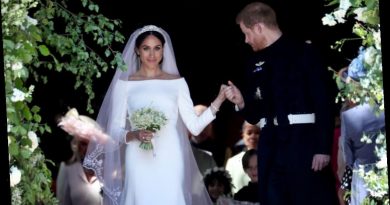 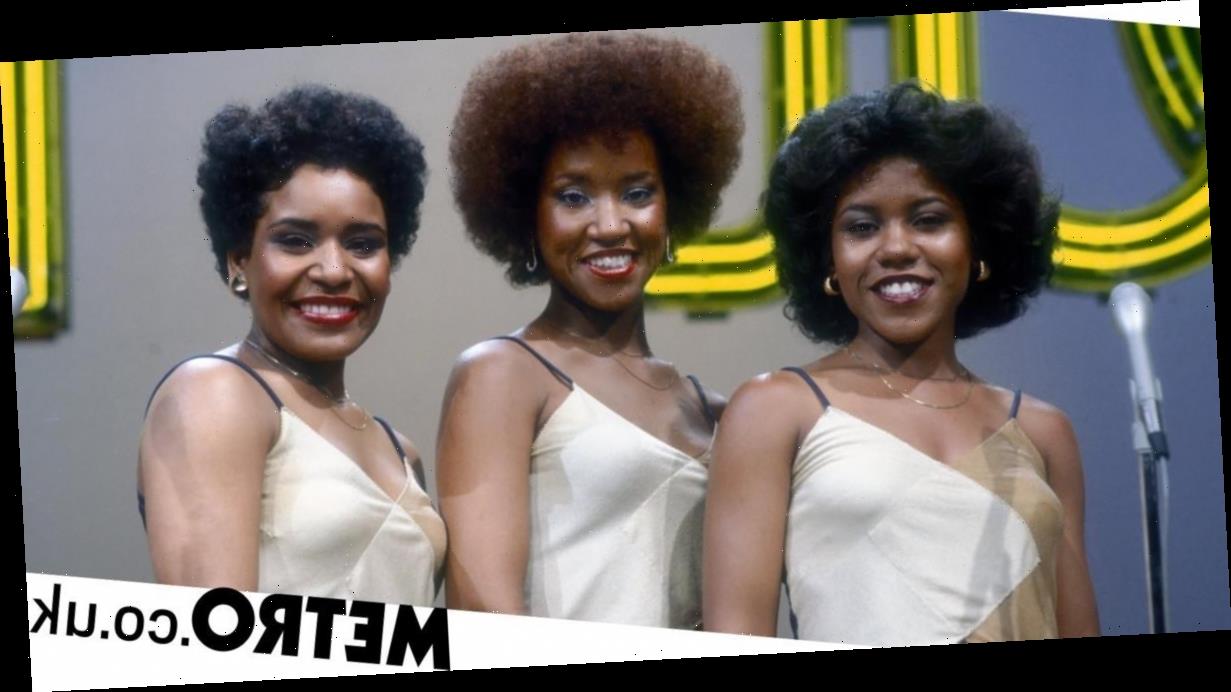