A newlywed couple have been branded ‘embarrassing’ for their raunchy dance in front of guests at their reception.

On the big day, there are usually many traditions people follow like the bouquet throw, alcohol induced speeches – and the removal of the bride's garter.

The naughty act often sees the groom take his new wife’s fabric band off with his teeth.

However this couple took it to the next level – and people are not impressed.

In the TikTok clip that has now racked up 1.8 million views, the bride cheekily put her finger in her mouth as she sat on a chair with her leg over her hubby’s shoulder.

To the song Pony by Ginuwine, the groom seductively licked his partners thighs up and down before he spread open her legs in front of a cheering crowd of wedding guests.

As he knelt on the floor between her legs, he rubbed his nose at the top of her thigh before he arrived to the frilly garter.

The guest wrote in the clip: “The groom was starving!”

Although it looked like the groom was enjoying himself, not everyone was so keen on the risqué display in the middle of the dance floor.

One person commented: “Nah bruh in front of people.”

Another user added: “Imagine the perspective of her dad.”

Whilst a third person slammed: “Some things are just meant to be left for the bedroom.”

Someone else criticised: “You only do this in the bedroom. Not in front of the in-laws.”

And, a fifth person noted: “I’m so embarrassed for both of them.”

However, others felt like the pair were only having fun and should not be targeted for doing so.

One user said: “She’s having fun, it’s her wedding like don’t be mad because she’s having a good time that’s the point of taking it off to be extra.”

As a second person praised: “Holy moly he was into her.”

Someone else expressed: “People don’t realise this is a wedding tradition to bite the band round the leg and pull it off.”

A fourth user wrote: “The girl in the back is telling the guy to take notes.”

Meanwhile, this person giggled: “There was probably 12 babies made that night.”

Let us know in the comments what you think about the couple’s naughty antics! 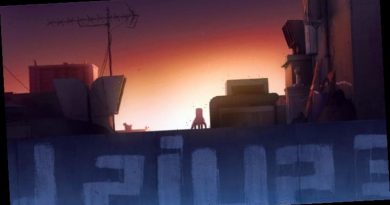 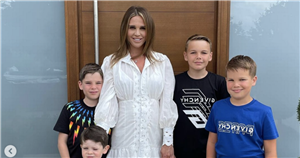 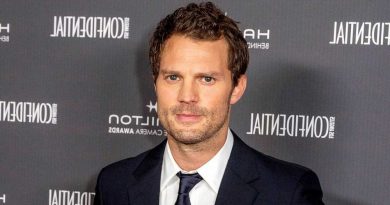 Jamie Dornan: 2021 Was the 'Worst Year of My Life' After Dad's COVID Death