A new recording of Bob Dylan’s “Blowin’ in the Wind” produced by T Bone Burnett and manufactured as a one-of-a-kind disc in a unique format will be sold at Christie’s in London on July 7, with an estimated value of 600,000-1 million pounds, the auction house announced Wednesday.

It’s being described as Dylan’s first studio recording of what is possibly his most famous song since he originally released the folk anthem in 1962. The singular disc, in the acetate-like Ionic Recording format, appears in a photograph accompanying the announcement to have been autographed by both Dylan and Burnett on one side, and comes in a wooden case that marks it as a “one-of-one.”

In late April, Burnett announced that he had gone into the studio with Dylan cut a full album of the legend re-recording his classic material for his new company, NeoFidelity Inc, and its Ionic Originals format, which he described as a new development in analog technology.

At the time of the announcement, it was unclear whether the new format was intended as a mass medium or how much the discs would cost. For now, the answer seems to be: no, to the former question, and 600,000 pounds or more, to the latter. Presumably, though, not every Ionic Originals release will be a one-of-a-kind, so many questions remain to be answered about the future of the format and how accessible the discs will be.

Will Dylan fans who don’t turn in the high bid be able to hear the new recording? Yes, but for now it will require making a private appointment at Christie’s auction houses in London, New York and L.A. to hear an exclusive playback of the disc. In-person listening experiences of the “Blowin’ In The Wind” disc will take place in Los Angeles on June 8, New York on June 15 and in London during the run-up to the auction on July 2-7.

When or whether the rest of the general public will get to hear “Blowin’” or the full album Dylan has recorded with Burnett, in any format, is not discussed as part of the auction announcement.

At the recent Music Biz conference in Nashville, panelists at a discussion of developments in vinyl said their understanding of the new format — in which high-fidelity grooves are stamped on an aluminum disc and then coated with a microscopic layer that makes them impervious to normal wear-and-tear — was that the releases would be rare enough to be “the analog equivalent of an NFT.” With this auction announcement, that prediction does appear to be prophetic.

Said Peter Klarnet, Christie’s senior specialist in Americana, books and manuscripts, in a press release, “Christie’s is excited to be offering this unique recording of Bob Dylan’s ‘Blowin’ in the Wind’, one of the most important songs written in the last century, on this groundbreaking new ‘Ionic Original’ format. I very much share T Bone Burnett’s passion for the sonic excellence of analog sound and it is fitting that this important development is being offered as a stand-out lot in The Exceptional Sale, London on 7 July 2022.”

Said Burnett, “Sixty years after Bob first wrote and recorded ‘Blowin’ In The Wind’, he is giving us a new recording of his song; one that is both deeply relevant for our times and resonant with decades of the artist’s life and experience. We’re grateful to Christie’s for their belief in the ‘Ionic Original’ and for presenting Bob’s masterful recording to the world in a unique and meaningful way.”

Burnett further discussed the technology and possible dissemination of the discs in a newly published interview with Mix magazine, which wrote, “The format… offers the greatest fidelity and durability ever available on an analog record—and it does so by adapting acetate discs to the 21st century.”

“Artists have always lamented that the vinyl copies of their records don’t sound as good as the acetates,” Burnett told the audio magazine. “I’ve heard that hundreds of times.”

In 2014, the article relates, Burnett began developing a new format — playable on traditional turntables — that would sound as good as an acetate, which is a one-of-a-kind stamp generally used to test audio quality, but with nearly non-existant degradation, whereas acetates quickly wear out with repeated play.

Said Burnett, “We looked into methods used to protect parts of the space station that are exposed to the direct heat of the sun, and we looked into the process that makes damage-resistant glass for mobile phones—Gorilla Glass. Using those two types of ionic deposition, we were able to create acetates which maintain their pristine sound over thousands of plays. The coating is something like 90 atoms thick and greatly reduces friction; we’ve got discs that we’ve played 2,000 times that are dead quiet.”

The Mix article, written before the magazine or apparently even Burnett knew of the Christie’s auction, says that the manufacturing of Ionic discs “is scalable to a mass-market level of production, (but) that will require considerable investment. For now, to gain both attention and funding for the company, NeoFidelity plans to create one-off recordings of notable artists, have them cut to disc by Jeff Powell of Take Out Vinyl (Daft Punk, The Black Keys, Al Green), and then sell them in a method yet to be determined.”

Said Burnett in the article, “We’ve had interest from people about private sales, interest from auction houses and we are close to making a decision of how we’re going to release the first one,. Pricing will change. How do you put a price on this? I have no idea, but over time, we’ll be able to figure that out.” 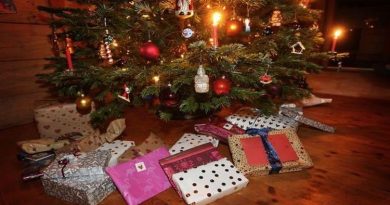 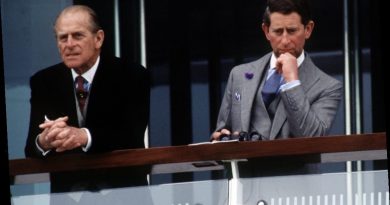 Was Prince Philip a Terrible Role Model For Prince Charles?

Dustin Lynch Reveals How He Chose Follow-Up Single To No. 1 Hit Thinking Bout You