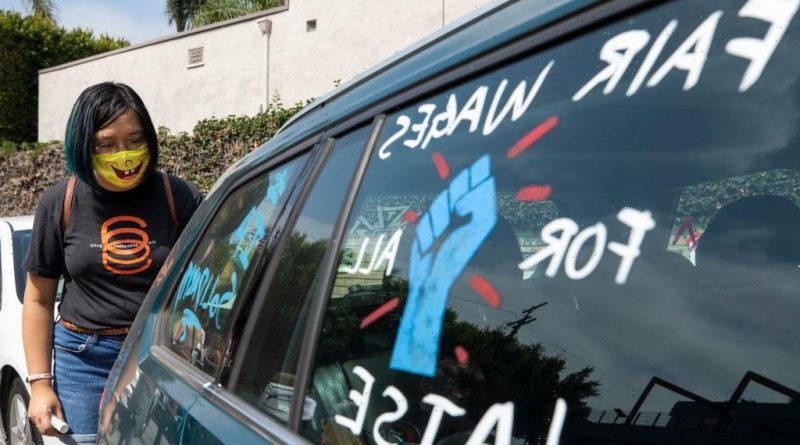 Teri Hendrich Cusumano went into contract negotiations with the major studios with the goal of making major gains for animation color designers. Such workers choose the color palette for animated films and TV shows, and traditionally they have tended to be women.

They have also been paid about $300 per week less than the designers who do characters, backgrounds and props. While she emphasized the gender disparity in her presentations to the Alliance of Motion Picture and Television Producers, that argument did not persuade the employers.

“The studios do not want to acknowledge they are engaging in gender discrimination,” she said. “They basically just ignore that.”

She also provided testimony from animation bosses — art directors and showrunners — about the value that color designers bring to a project. That argument played better, she said. The AMPTP did not agree to eliminate the pay gap for color designers, but did close it by one third.

The Animation Guild represents 5,000 artists, writers and technicians in the industry. On Tuesday, the union announced that 87% of the voting membership supported ratification of the new contract with the AMPTP. Turnout was also unusually high, with more than two thirds of those eligible casting a ballot.

Since late last year, the union has rallied social media support for a “New Deal for Animation.” This spring, the union also held an in-person rally to show support for the membership. The final contract does not go nearly as far as some members had hoped, but it does make incremental gains, and organizers hope it sets the table for future talks.

“This isn’t the change we deserve,” said Mairghread Scott, co-chair of the union’s writers’ craft committee. “But it is a bigger change than we’ve seen in a long time.”

The new agreement creates four pay tiers for animation writers, with minimums ranging from $1,834 up to $2,900 for supervising writers. Though it does not come close to what WGA writers make, it does create a career ladder for writers within animation, Scott said.

“In live action you have this established tier system, where every year someone gets a bump,” she said. But in animation, she said, “most writers literally will work their entire career with one rate.”

Animation workers like to point out that during the pandemic, they were able to keep working from home while live-action production was shut down. The new contract includes a provision that could allow continued flexibility for remote workers.

The contract also includes three percent increases for each of three years — consistent with what other IATSE unions already received.

“More money is always a proposal a union will make,” said Steve Kaplan, business manager of the union. “We achieved more money, though certainly not as much as we wanted.”

For the color designers, the increase will range from 4%-12% above the three percent annual increases. Supervisors will also get an extra 15%.

“It’s an outsized gain,” said Hendrich Cusumano. “We view it as restitution for wages withheld from a category of worker because of their identity.” 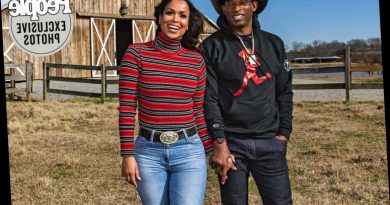 Deion Sanders and Tracey Edmonds Share Their Love Secrets: 'We Understand Each Other'