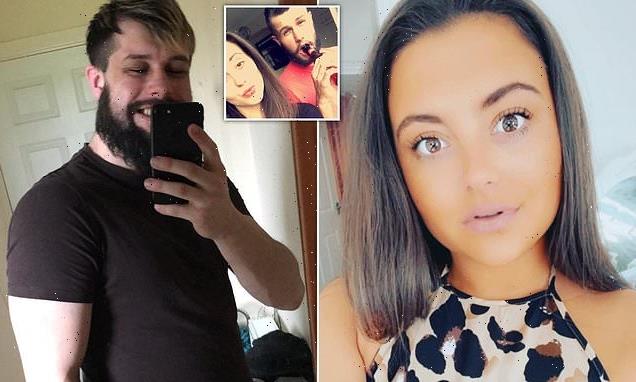 A mother-of-one has revealed she ‘won’t ever trust a man again’ after her boyfriend secretly took explicit pictures of her naked while she slept, showered and dressed.

Lucy Lear, 24, from Devon, began dating Dale Bastin, 26, in 2013, welcoming a daughter with him in 2015. After briefly splitting up, the couple got back together and planned to move in.

However in December 2019, the student nurse was devastated when she discovered a stash of over 30 photographs of her naked body, which had been taken secretly over a three year period, on his phone.

She phoned the police and Bastin was charged with voyeurism in April 2020.

In July 2021,  he pleaded guilty to five counts of voyeurism and was handed a six-month sentence, suspended for 18 months, 100 hours unpaid community work and 20 days of rehabilitation activities.

He was also put on the sex offenders’ register for seven years, ordered to pay £500 costs and banned from any further contact with Lucy.

Having waived her legal right to anonymity, the student nurse told The Sun: ‘I loved Dale Bastin but after what he’s done to me I don’t think I’ll ever trust a man again.’ 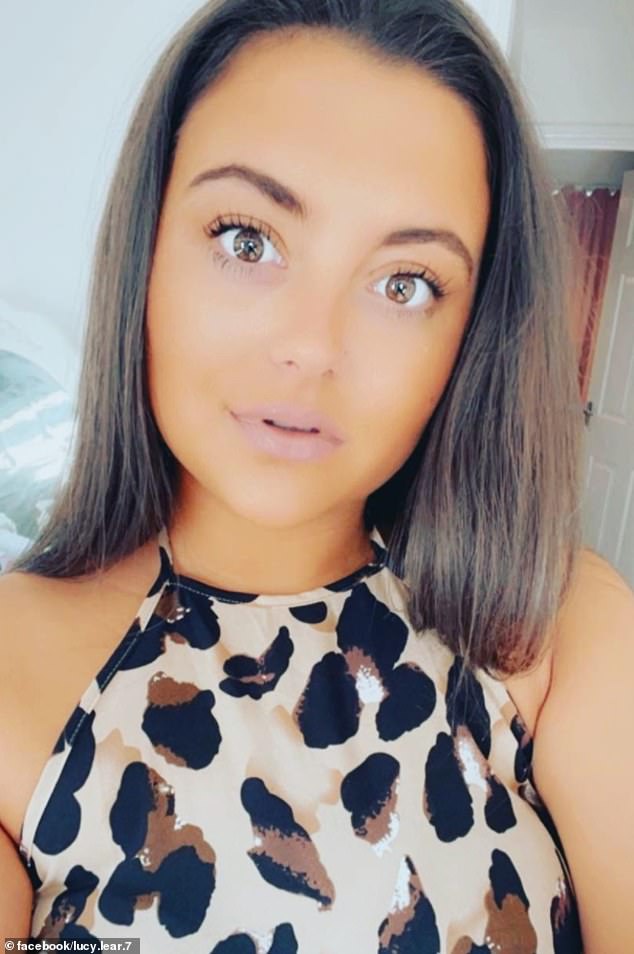 Lucy Lear, 24, from Devon, revealed she ‘won’t ever trust a man again’ after her boyfriend secretly took explicit pictures of her naked while she slept, showered and dressed

Lucy said she was a love-struck 16-year-old when she first got together with Bastin, and felt like ‘the luckiest girl in the world’ to be dating him.

After welcoming their daughter Grace in 2015, Lucy moved into her own place but Bastin ‘didn’t fully commit.’

Determined to provide a good life for her daughter, Lucy began training as a nurse and eventually, she and Bastin split up.

In time, he said he ‘wanted to be a proper family’ and the couple reunited, making plans to move in together.

However, everything changed when one evening, she was looking through his phone while they were watching TV together.

She said: ‘One photo immediately caught my eye – it was a bare bum. 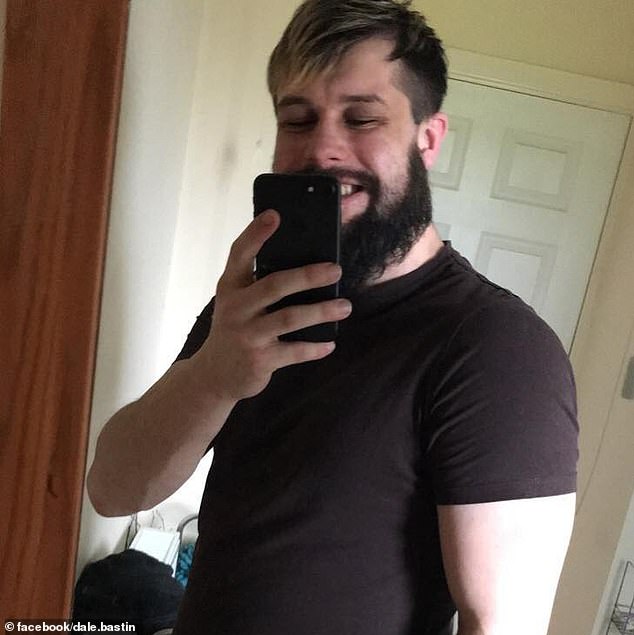 Lucy said she was a love-struck 16-year-old when she first got together with Bastin, and felt like ‘the luckiest girl in the world’ to be dating him (pictured)

‘But it had nothing to do with another woman – it was my bare bum, sticking out from under my duvet.

‘Trembling, I opened the folder and clicked through the photos. There were over 30 images of me. Judging from the decor, I knew some dated back over three years.’

In another, she was naked bending over to get clothes out of a drawer.

She described how some of the images taken were ‘extremely explicit close-ups of her private parts’ and how her boyfriend had ‘pulled her underwear aside while she slept’ to take the images.

She told him to leave, vomiting with horror, before meeting him the next day to confront him. She said he ‘couldn’t explain why he did it.’ 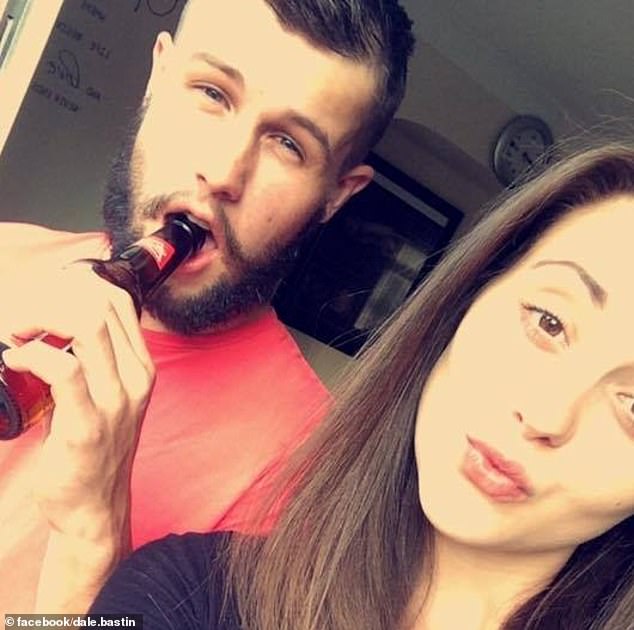 Later that day, she phoned the police, whom she said called the situation ‘a grey area.’

The mother-of-one was later phoned by a member of the domestic and sexual violence team, and she gave a statement to police.

Four months later, in April 2020, Dale was charged with  voyeurism and pleaded not guilty.

Lucy was ‘tormented’ with nightmares and diagnosed with PTSD, before finally, in July 2021, Dale confessed to the crime and pleaded guilty to five counts of voyeurism.

Lucy called the sentence ‘pathetic’, adding: ‘What Dale did change my life forever and I think he should be behind bars.’

Meanwhile she said it now ‘breaks her heart’ that her daughter will ‘grow up without her father.’

Police prosecutions of exposure and voyeurism cases have almost halved in six years while cases have risen by a staggering 59 per cent, The Mail on Sunday has revealed.

The shocking figures reveal the scale of the crime plaguing women and girls across the country.

Yet despite the huge rise in cases forces have prosecuted far fewer suspects since 2014.

Officers have been criticised for treating the crime less seriously in the wake of the conviction of policeman Wayne Couzens after it was found he publicly exposed himself on a number of occasions previously.

The Independent Office for Police Conduct is investigating the police’s failure to properly record allegations of flashing against Couzens while he was serving with Kent Police in 2015 and also three days before he raped and murdered 33-year-old Sarah Everard.

Campaigners have blasted forces’ attitude to the offences with radio presenter Emma Ball saying she was ‘laughed’ at by officers after informing them a man she now believed to be Couzens had flashed her in 2008.

The Home Office data, analysed by the Mail on Sunday, reveals that since 2014 prosecutions for exposure and voyeurism have dropped from 1,047 nationally to 594.

Dame Vera Baird, the Victims’ Commissioner, blasted the police over the lack of prosecutions and called on exposure and voyeurism cases to be treated ‘seriously’.

She said: ”Indecent exposure and voyeurism are serious crimes that should be recognised as a red flag about a man’s approach to women.

‘Victims must be treated seriously and police must investigate and make arrests.

‘It is inexcusable that the Mail on Sunday’s figures show that complaints have almost doubled but prosecutions almost halved.

‘Victims are reporting crimes which can lead, as we have recently seen, to rape and worse but are hitting a blank wall.’

Home Office findings have previously revealed that cuts in officer numbers from 2010, with more than 20,000 lost nationally, contributed to sharp rises in crime from 2014.

Police pointed to the fact charging rates for offences linked to exposure and voyeurism are above the national average.

Deputy Chief Constable Maggie Blyth, the National Police Chiefs’ Council lead for violence against women and girls, said: ‘Police take these reports very seriously, investigate, and work with the Crown Prosecution Service (CPS) to make a joint decision on charging and prosecute where there is evidence to do so.

‘One of my top priorities in combatting violence against women and girls is significantly improving the quality of investigations and their outcomes across policing.

‘We know these types of offences can be a precursor to other sexual offences and so police will use risk assessments to help measure the risk levels of offenders and help determine what early action can be taken to stop them.’ 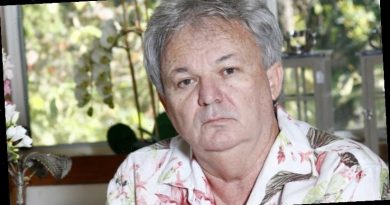 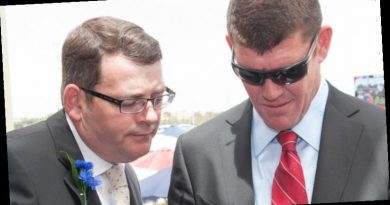 When the chips are down, can Andrews walk away from Crown’s table? 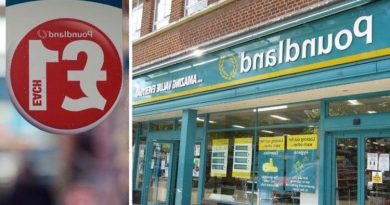