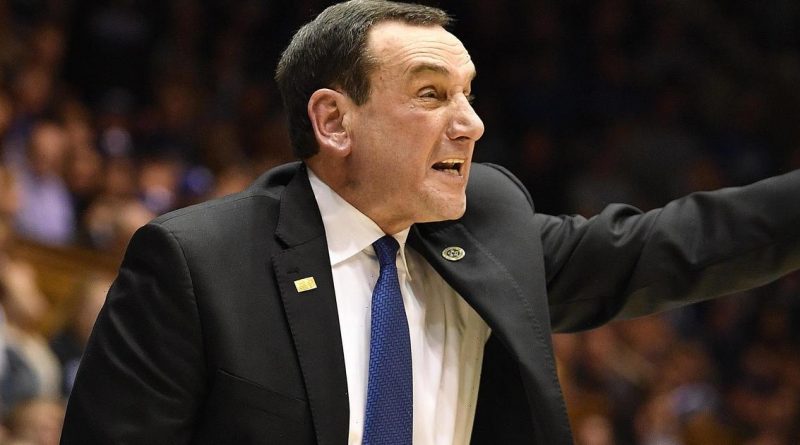 “My family and I view today as a celebration,” Krzyzewski said in a statement. “Our time at both West Point and Duke has been beyond amazing and we are thankful and honored to have led two college programs at world-class institutions for more than four decades.”

“Certainly, I have been blessed to coach some of the finest young men and greatest players in basketball history as a direct result of these unique opportunities. For us, there is no greater joy than being part of our players’ respective endeavors through basketball, and more importantly, their lives off the court,” the statement added.

“Our family is eternally grateful to everyone who contributed to our career for the past 46 years. So, to the countless members of our extended family, thank you very much.”

Krzyzewski, 74, lovingly known as Coach K, has more career wins than any other basketball coach in Division 1 history, boasting a record of 1,170-361. He led the Duke Blue Devils to five national championships, 12 Final Four appearances and 15 ACC championships.

Krzyzewski was born in Chicago in 1947. He later attended West Point and served as the captain of the academy’s basketball team his senior year. He graduated in 1969 and in 1974, became the program’s head coach where he led the team to a 73-59 record over five years. 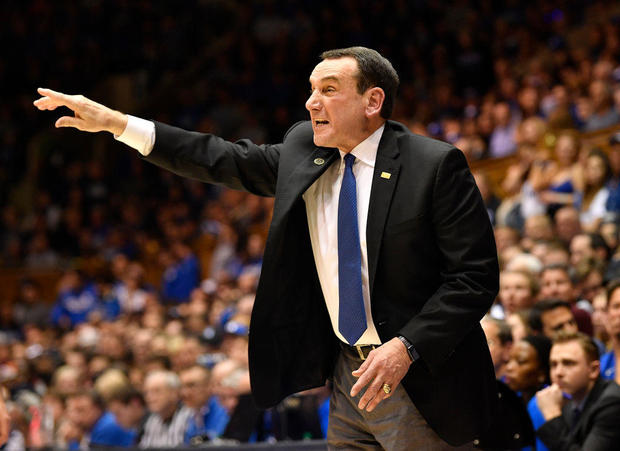 In 1980, Coach K joined Duke University as the head coach of the men’s basketball team, spending the next 41 seasons building the program into a powerhouse. In 2005, he became the USA National Team’s head coach, helping the team win three Olympic gold medals in what years — becoming the first coach to do so.

“I can say without hesitation that Mike Krzyzewski is the greatest coach in the history of men’s college basketball,” Duke President Vincent E. Price said in a statement.

Krzyzewski’s resume is stacked with coaching awards, including three Naismith College Coach of the Year awards in 1989, 1992 and 1999.

He will be replaced by Scheyer, who played for Duke between 2006 and 2010 and has spent eight years working on the coaching staff. In 2018, he was promoted to associate head coach. The university said Scheyer will become the first person in Division I men’s basketball history to be named the head coach after winning national titles as a player (2010) and assistant coach (2015) at their alma mater. 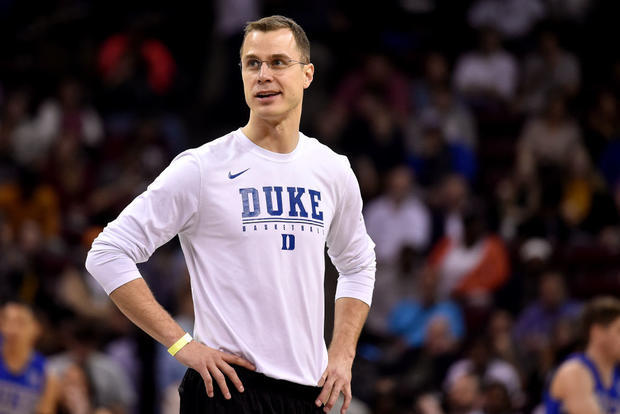 “Duke University has been a central part of my life for more than a decade, and I could not ask for a better place to continue my career,” Scheyer said in a statement. “This is absolutely humbling. First, I offer extreme gratitude to the greatest coach of all time whose career is unrivaled in basketball. Coach K has built the premier program in our sport thanks to his unwavering competitive edge, a tireless attention to detail, a family-first approach and a remarkable compassion and care of his players, coaches, and staff. He has set a standard that every coach at every level should strive to achieve.”

“It is an honor to call this great institution my alma mater, and I’m deeply committed to furthering its academic and athletics excellence while continuing the championship legacy of Duke Basketball.”

Harvard University basketball coach Tommy Amaker said in a statement that he is honored to have both played and worked for Kryzewski, and “to have played a small role in his unprecedented success.” Amaker was a four-year starter at point guard for Kryzewski and, following his graduation, remained on staff for nine years. He was inducted into the Duke Sports Hall of Fame in 2001.

“I have always said that Coach K was my best teacher during my time at Duke. As I get older, I realize just how impactful of a statement that is, and I know that so many people who played for him feel the same way,” Amaker said. “There are few people who have the footprint that Coach leaves behind not only in the game of basketball, but also in the world of sports.”

A statement from Coach Amaker on his former college coach, Mike Krzyzewski. pic.twitter.com/nP0hjOCqBa

Jay Bilas, an ESPN college basketball analyst who was a four-year starter at Duke from 1982 to 1986, tweeted a video reaction to the news, in which he described a “wave of emotions” about Kryzewski.

“It’s the end of an era. …We’ve never seen anything like it in the history of American sport, and it’s difficult to put into words,” Bilas said. “…I think it’s the most impactful coaching career we’ve ever seen, frankly, because it went on for so long at such a level of excellence.”

“This is going to be the toughest act to follow in the history of sports.”

I think this is the most impactful coaching career we’ve ever seen. pic.twitter.com/xbw88lGgPc

Bilas said he’s known Kryzewski since he was 17 and that, aside from his family, his relationship with his former coach has been “the most important and impactful” of his life.

“I don’t know whether to say congratulations to Coach K or just to say thank you,” Bilas said. “Thank you for everything you’ve done, not only for the game, but for me personally. I owe everything to you.” 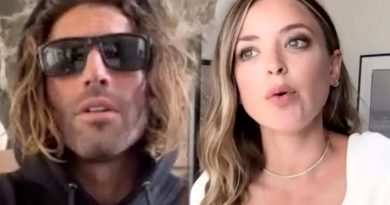 Kaitlynn Carter Wanted Out of The Hills After Brody Jenner Split, 'Grateful' She Stuck with It (Exclusive) 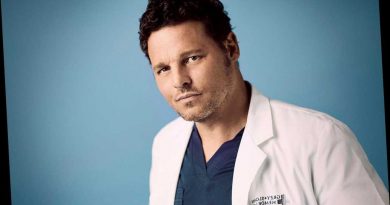 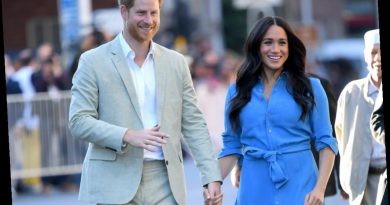