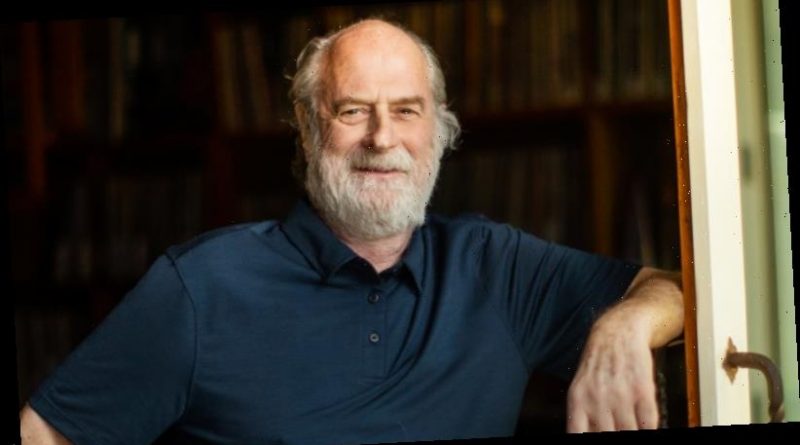 It’s 5am and Iggy Pop is lying in the gutter on Punt Road in Melbourne. Michael Gudinski answers the phone, jumps in the car and arrives in time to rescue the Godfather from an ignominious end. Phew. That’s rock’n’roll: more or less what any good concert promoter would do.

A couple of decades later, Steely Dan are playing Australia at last. Good crowds, great shows, but the band isn’t playing Rikki Don’t Lose That Number and Reelin’ In the Years, so Gudinski shirtfronts their manager. “I don’t give a stuff,” he tells him, that the band is over their old hits. “It’s their first time in Australia,” so they should play them.

This is not so typical of the promoter’s skill set. This is pure Gudinski. “That was one battle I didn’t win,” he griped at the time, but it wasn’t over. Three years later, he toured Steely Dan again. Those two songs were named in the advance PR, and duly performed. 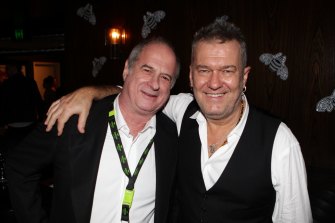 “His great strengths were his personality and his persuasiveness,” says Michael Coppel, one of the close friends and touring industry competitors mourning the sad loss this week of the man who, through Mushroom Records, Frontier Touring and much more, pretty much built the Australian music business as we know it. The question that hangs over the sadness of his sudden departure is how it might turn without him.

“He’s was a very engaging guy, and people would either love him or hate him — more love than hate. He had 30, 40-year relationships with acts that would stick with him even if financially there were more attractive deals on the table… He was a force of nature in that way.”

That phrase has echoed through the shock of this past week. “Larger than life… a powerhouse… he was like a tornado,” adds another friend, A&R/ artist management impresario Michael Parisi. “He’d walk into a room and the deal would be done.

“When Dan Sultan was getting courted and I was his manager, we met with every label in the country. But when we met with Michael and his staff, he talked about family and he talked about sticking together and… it was just impossible to say no to the guy.”

Such stories abound. Gudinski’s knack for bending odds and egos to his will made him wealthy and powerful, and Australia culturally rich. “If he hadn’t had the Skyhooks and the Kylies and everything else, you’re really questioning what we’re looking at,” Coppel says. “It would be a parallel universe. We could have no local [music] … and just be completely guided by international catalogue.”

Books will continue to be written about how our Australian-made musical universe was envisaged and driven by this brash, passionate, visionary son of Russian Holocaust survivors.

“It definitely leaves a big gap in the industry,” Coppel says. “It’s hard to know how the Mushroom Group will function in the future; who will step up to take on the workload [and] who actually wants to do that… It definitely creates instability. Maybe it’s a Game Of Thrones situation.”

Michael’s son Matt has established himself as a respected and capable custodian of the brand, but “he’s got a different approach and a different set of goals. It may not be his wish to try and fill his father’s shoes.” Certainly, the absence of Gudinski’s inexorable magnetism will give other labels more sway with the Dan Sultans of the future.

On the touring front, “the gap will be filled,” Coppel predicts, between the estimable “Frontier family” that remains, and established major players Live Nation (of which he is Australasian Chairman), TEG Dainty and Michael Chugg — another close friend and sometime rival whose recently rekindled power partnership with Gudinski clearly hangs in the balance now.

For Parisi, the loss is more inspirational than operational. Gudinski’s epic cash and morale-raising concerts for bushfire, flood and tsunami relief are each pages in Australian rock legend. Through his COVID-19 lockdown streaming initiatives Music From the Home Front and The Sound, his highly visible cheerleading role gave Australian music a vivid profile in murky times. 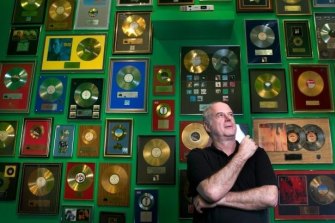 Michael Gudinski at the 40 years of Mushroom exhibition.Credit:Eddie Jim

“I don’t know anyone in this country that is gonna step into that role,” Parisi says. “Michael was a spokesperson for the industry; a spokesperson for artists, for women, for indigenous artists… It’s hard to fathom. I mean, there’s great executives out there but they don’t have the power that Michael had, and the exuberance, and just the sheer will to make things happen.”

Sally Howland, chair of peak body Music Victoria, agrees. While she can count on ears at arts ministry level, only Gudinski had Premier Daniel Andrews’ mobile number and a standing welcome to chew over ideas for recovery at 2am on any given morning.

“Because of the empire that Michael had built over decades and decades, that naturally brought with it a great level of influence,” she says. “That opened doors at the highest level and you know, he wasn’t shy of having an argument or a full on-debate about what should happen. I guess what also worked in his favour… was that he could get things done. You know, he was a real doer. He got his hands dirty.

“When you talk about Michael, there’s a long distance in terms of who’s coming second to fill the lobbying space or the entrepreneurial space.”

The lobbying, in one form or another, was incessant. In his last months, Howland recalls, Gudinski called her a couple of times to enthuse about his latest signings in his usual over-the-top way. Coppel remembers a more muted time, walking the streets of Toorak under lockdown with his friend of 50 years, “talking about the kids, talking about family and ideas of what he wanted to do.”

“He was like a father to me,” says Parisi, who had his last meeting with Gudinski just days before he passed to garner advice and support for a new app development project. “If I had an issue or a problem, I’d always call him, he’d always pick up the phone.”

Asked for one piece of advice that’s stayed with him, he recalls the time Gudinski sold Mushroom to Rupert Murdoch’s News Limited Group in 1998 (“he knew he was gonna get it back one day”) and Parisi was appointed managing director.

The hardest part is imagining him ever taking no for an answer. 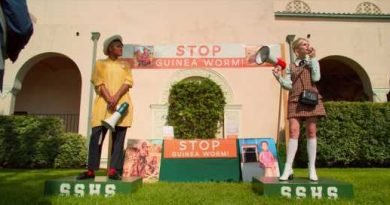 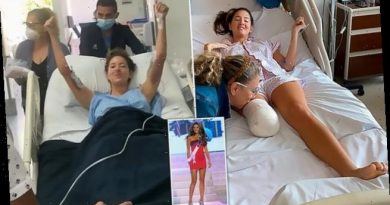