They’re with the band.

The “Transformers” star, 35, and “Keeping Up With the Kardashians” star, 42, took the stage together as presenters at the Barclays Center to introduce Kelly, 31, and Barker, 45, who were closing out the award show.

“I am a huge fan of this next performer,” Fox first began, speaking of boyfriend Kelly. “I’ve watched him grow, and not just as an artist, but as a person.”

Kardashian then chimed in, “I’m a big fan, too,” before stating of Barker, “and… I think his dummer is super hot.”

Fox then added, “New York, I need you to get extra loud for our future baby daddies.” 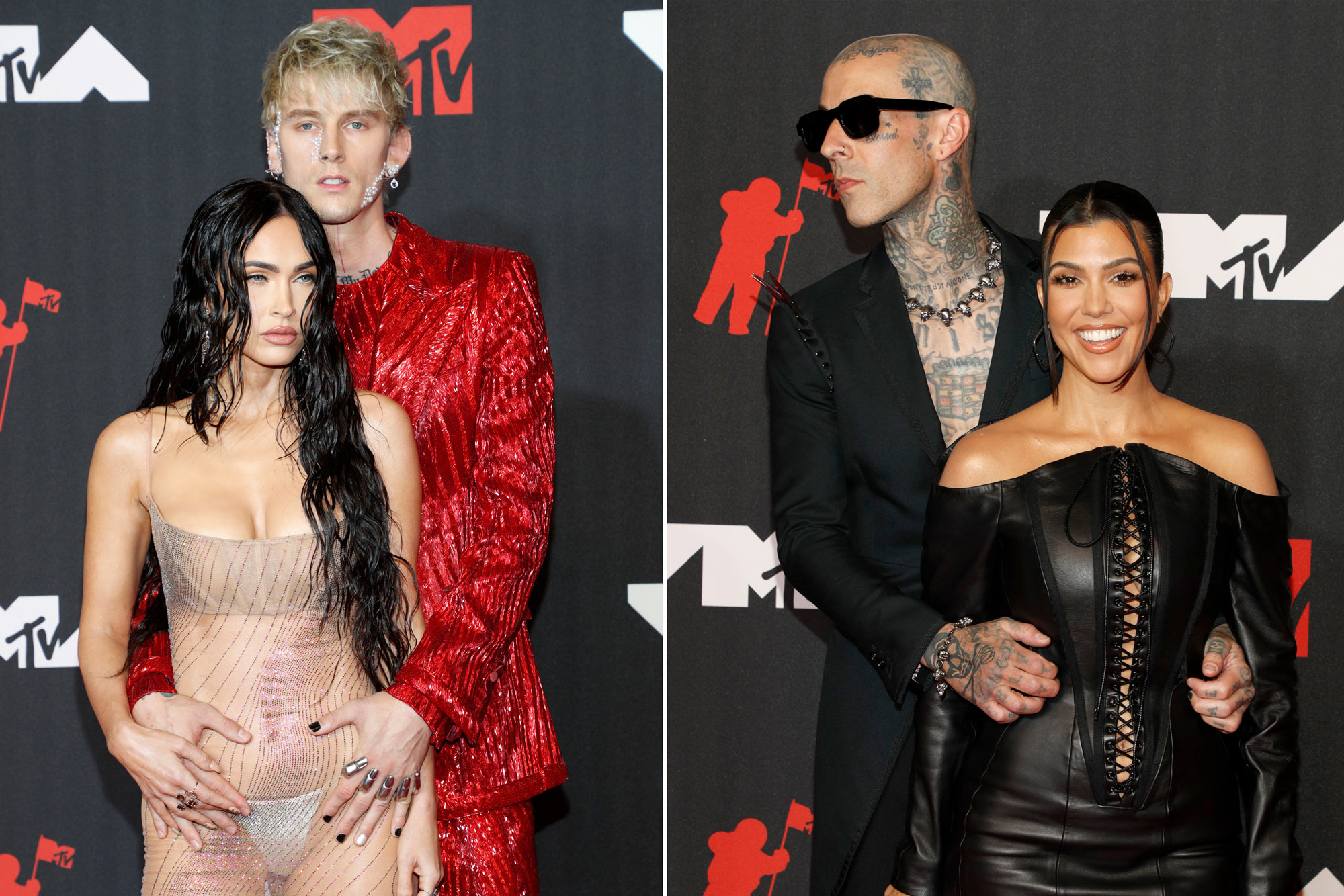 One person tweeted, “not everyone thinking megan fox and kourtney kardashian are pregnant because they said ‘future baby daddies’ they said future for a reason #VMAs.”

Several remarked how Kardashian’s ex Scott Disick, with whom she shares three children, may get upset over the comment. The reality star’s other ex, Younes Bendjima, recently leaked a DM allegedly sent to him by Disick, 38, in which he criticized Kardashian and Barker’s constant PDA. 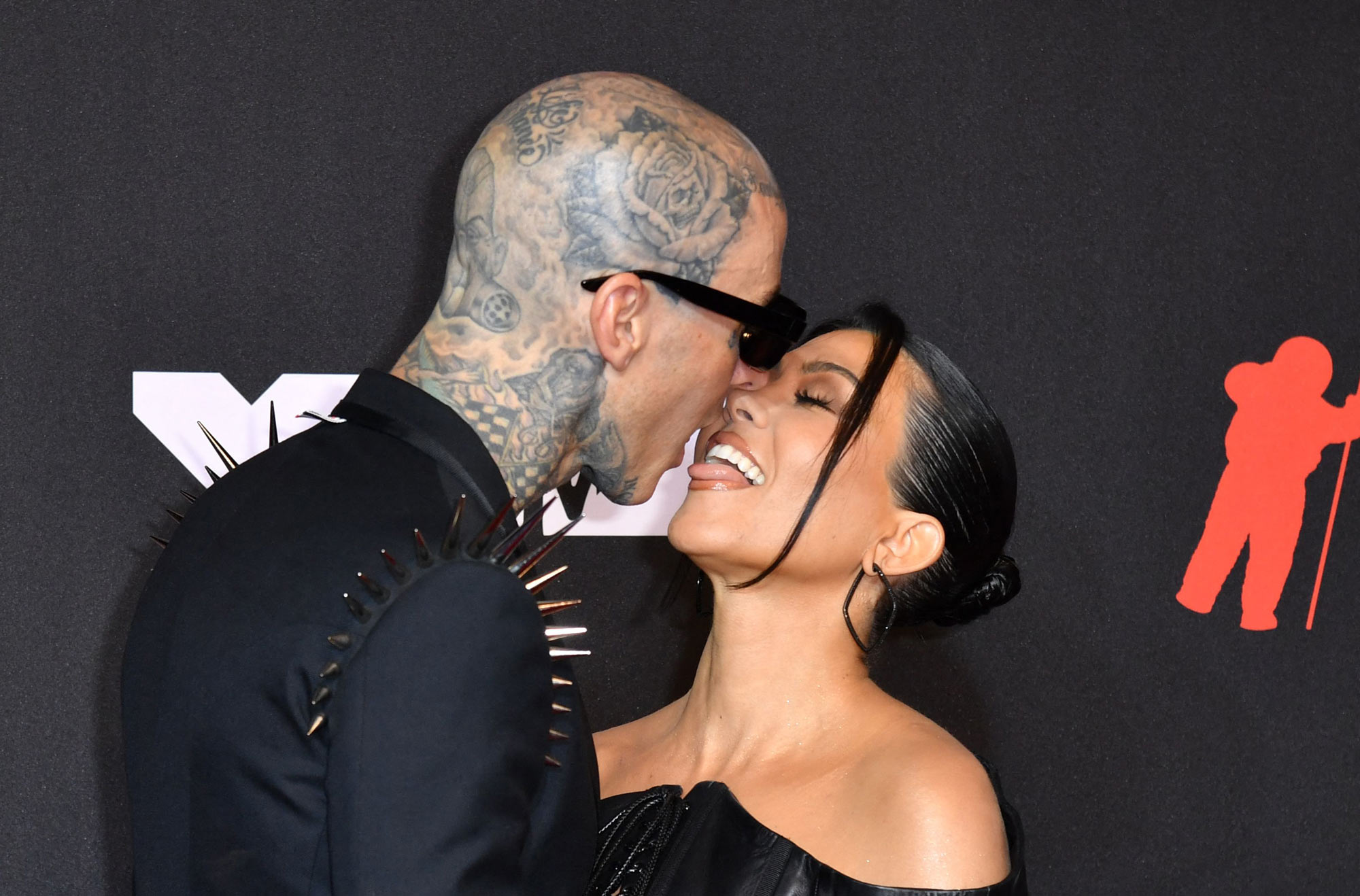 “someone please check on Scott Disick… Megan Fox and Kourtney Kardashian introduced their boyfriends as ‘our next baby daddies’ #VMAS,” one user tweeted.

Another wrote, “Scott after hearing ‘future babydaddies’ #VMAs,” alongside a GIF of a man punching the air. 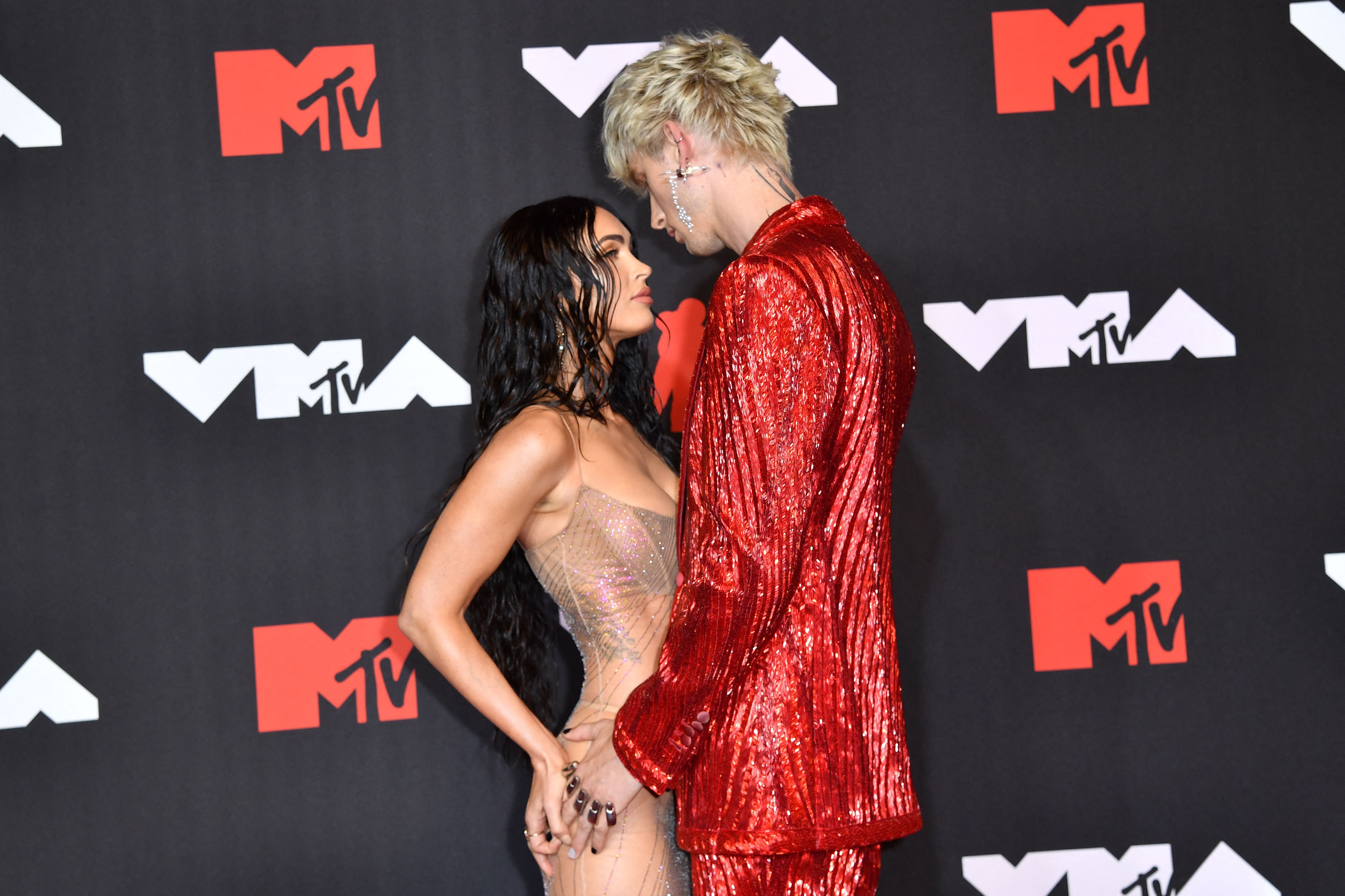 Meanwhile, Fox and MGK also already have children of their own, respectively.

It is unclear if Kardashian and Barker and Fox and Kelly do want to expand their respective families more, but they likely enjoy the practice.

Both couples are known for heavily packing on the PDA, and did so again on the VMAs red carpet on Sunday night.

Kelly was seen placing his hand over his “twin flame” Fox’s bum, who was dressed in an all-sheer Mugler dress over a nude corset bra and a sparkly thong. 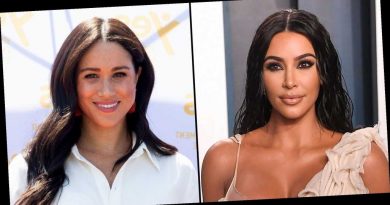 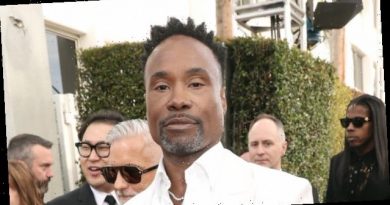 Billy Porter Looked Like an Actual Angel at the Golden Globes