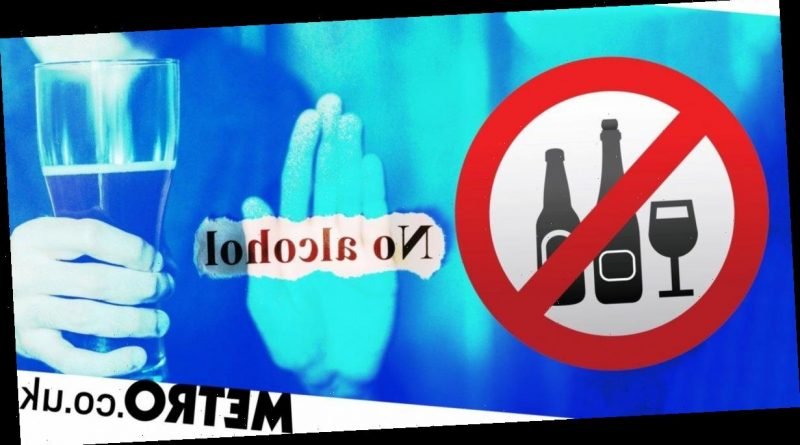 This month, people across the country will be swapping ciders for cordials as they take part in the national initiative Sober October, to raise money for charity.

We often make jokes about how we are ‘gasping for a drink’ or ‘pushing through Dry January’ but this language raises questions about how reliant we are on alcohol and how much it’s ingrained into everyday culture.

To mark this national month of sobriety, we spoke to people who decided to ditch booze all together and say it’s the best thing they’ve ever done – both physically and mentally.

Dom McGregor, COO of Social Chain, realised he was drinking too much when he founded his business around five years ago. As a start-up, his business grew extremely quickly, with reasons to celebrate every week – be it an amazing new client or a new starter. This culture for celebration led to weekly drinks. But with this growing business came increased responsibilities for Dom.

‘Instead of these weekends being celebratory I found they were self-medicating,’ he says.

‘I was spending a lot of time going out drinking, but it wasn’t to enjoy the feeling of the party it was literally to get drunk – so that in my head all the problems would disappear – and they did temporarily.

‘Firstly I broke my ankle on a Thursday and needed to go to A&E on Friday when I had clients emailing me asking me for things which obviously I couldn’t do. I also kept embarrassing myself and making a fool of myself to the team and that was something that I started to get a reputation for.

‘And then one day, after a full day of drinking at the races, one of the guys from work was trying to help get me home – because I was uncontrollable – and I was derogatory towards him. He’s one of my closest friends. When I heard what I had said to him, with no memory of it, I realised I was someone that I never wanted to be.

‘To me that hammered home something was wrong.’

Dom decided to see a therapist who told him he had anxiety over his future, low self-esteem and Imposter Syndrome and that he was taking it out on himself by turning to alcohol. His therapist advised him to give up alcohol. The first month was a struggle but Dom pushed through and has been sober ever since.

Dom says there’s been a huge rise in female sobriety over the past few years, but he thinks there needs to be more of a focus on male sobriety.

‘Veganism and sobriety are two things I think women lead the way in and I think the male space is massively under-represented,’ he tells us.

‘The expectation of male activities and male lifestyle choices revolve around alcohol – the expectation when you go to say football or business meetings. The expectation is very common within the male lifestyle. I think there’s a lot of work to be done for young men especially to feel comfortable about a life without drinking.’

In terms of advice he would give to others thinking of giving up drinking, Dom says: ‘Everything that alcohol gives you temporarily – the energy, the humour, the confidence – you can achieve being sober forever.’

British food writer, journalist and author Jack Monroe is another person who has ditched drinking for good. Earlier this year she wrote a piece for the Guardian about coming to terms with the fact that she was an alcoholic.

She tells Metro.co.uk: ‘It’s been just over nine months since I recognised that my relationship with alcohol is an unhealthy one – I was using it heavily as a coping mechanism for past traumas and low self-esteem – and it was affecting my work, my friendships, and my family.

‘It’s not been easy, and I’ve admitted that I’ve slipped up a couple of times, but I’m definitely more emotionally stable, more productive, sleeping better than I ever have done.

‘I have been overwhelmed by the support of my family and friends; people making sure there are alcohol-free options at work events, friends bringing me nice sparkling grown-up soft drinks when I make them dinner. It’s an all-round positive change and I’d encourage anyone who might be considering it, to give it a go.’

Nicole said: ‘I unfortunately had pancreatitis when I was 17, which is incredibly rare for someone of my age,’ she explains. ‘At the time I had no support, indication to what caused it or advice on what I would need to avoid in the future.

‘The doctors basically said I had to stop drinking and it was honestly the best thing I have ever done with my life.

‘My life changed for the better in my health and personal life. Along with the confidence that I gained which wasn’t found at the bottom of a bottle, so did my self-worth. I know who I am now and know where I want to be in life. There is nothing that overshadows how I feel or perform in my daily life now.’

Richard Maule decided to give up alcohol almost a year ago and his fiancé Jade followed suit, six months later. The pair have both seen substantial health and financial benefits from their decision to go teetotal.

Richard says: ‘The first couple of months were challenging especially during social situations but the longer I persevered the easier it got and actually it challenged me to find confidence whilst being sober and to seek out more interesting ways to spend my time with friends.

‘Instead of going to a bar and getting drunk, we’d do things like go to low key music gigs, go rock climbing or do a martial arts class together – which actually meant we had better quality time together.

‘This naturally started to translate into a healthier lifestyle and a better diet as I felt I also had better control over my food choices with no binges due to hangovers. Since cutting out alcohol I have also experienced much better sleep, which in turn has given me a greater clarity of mind. It’s had a huge impact on my life coaching business and relationship too as I have a lot more capacity to be patient and understanding.

‘My fiancé, Jade, has also experienced life-changing benefits. She used to regularly suffer with periods of low mood but since stopping drinking alcohol they have significantly improved and she almost never experiences them anymore.

‘We generally have a much happier life than before. Our decision to stop drinking has allowed us to put money aside and move to Bali this year, thanks to cheaper living cost.

‘We are also saving around £400 a month from not drinking – so we live a pretty abundant life out here. We’d never look back.’

Cai Graham, a parenting coach, saw alcohol as a de-stressor and a reward. She decided to make a change after realising she was using alcohol as a ‘crutch’.

‘For a very long time, booze had been a big part of my life. For as long as I can remember, most of my family gatherings and social occasions revolved around me having a glass in my hand.

‘As a young mum, my frazzled nerves were softened with a chilled glass of Sauvignon or my signature gin, lime and soda. Booze was daily de-stressor and my reward. I used to see these celebrities on TV saying they were sober and I couldn’t even imagine my life without booze.

‘I convinced myself that is was a fun part of my life. The crunch came when my daughter, then aged 10, wanted a lift to see a friend and asked me to pick her up at 9pm. I begrudgingly agreed – blaming her for denying me my gin.

‘This pulled me up short. This “fun part of my life” was now my crutch.

‘Knowing myself as I do – booze had to be “all or nothing for me”. So after inhaling Allen Carr’s book The Easy Way to Control Drink – the decision to quit was a no brainer. It was as simple as just making that decision to throw my crutch away… and the relief was palpable.

‘My life is great. I have clarity – none of that brain fog. I have my weekends back as I used to stay in bed till midday – pretending it was a lie-in. My social circle has shifted a bit, but that’s to be expected I guess. I am so thrilled that I no longer have the paranoia at the weekend, wondering if I have upset anyone or made a fool of myself from the night before.’ 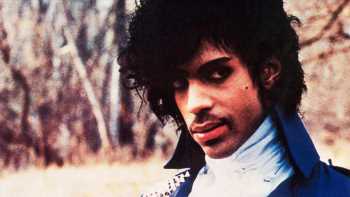 ‘Purple Rain’ Director Gets Deep About Working With Prince: ‘How Is It You Just Told My Life Story?’ 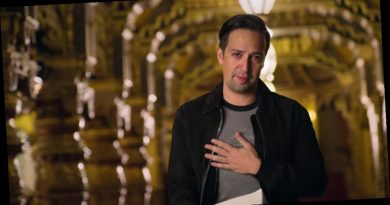