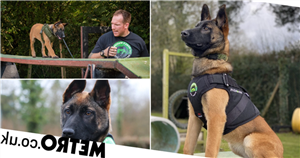 This is Shinga, a Belgian malinois puppy in training to help protect rhinos from poachers in Zimbabwe.

Poaching is a big problem in some parts of Africa. Anti-poaching dogs play a vital role as a deterrent, protecting endangered species poachers consider desirable.

Shinga, who’s just eight months old, is currently in training with Dogs4Wildlife in South Wales, in preparation to get to work for the Imire Rhino and Wildlife Sanctuary.

She’s there with three other dogs in training – Kal, Lusa and Kitapo – and will be deployed in January 2022, when she’s 15 months old.

At the sanctuary, she’ll spend her prime years patrolling the reserve, and helping to defend the endangered animals from hunters.

Darren Priddle, Shinga’s trainer and one of the founders of Dogs4Wildlife, tells Metro.co.uk: ‘Her day-to-day operations at the beginning will be getting her used to the sights sounds and smells of Imire and their wildlife. 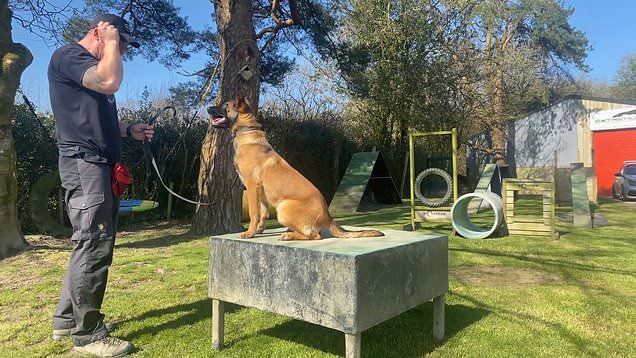 ‘The ranger team handling her will also advance some of her training over a six-month period. At the end of this six-month stage, Shinga will be signed off and be ready for operational deployment.

‘This will mean that daily she will patrol the fence lines surrounding the reserve, follow and secure the reserves rhino and elephant population, and act as a quick reaction force if there is ever any sight of poaching activity or if the rangers come across any strange footprints in areas there should not be any.’

Darren says Shinga, who’s being sponsored by dog food brand ProDog Raw, was picked for the job from her litter because she displayed some very important traits.

He explains: ‘She showed confidence, stability, enthusiasm, a willingness to interact with people, and she is also very social.’

It’s not the safest job in the world for a dog, however, according to the Dogs4Wildlife website, there have been no reports of anti-poaching dogs being harmed while on the job.

Darren says: ‘With any operational deployment, there is an element of danger but she will always be with a group of rangers who are armed.

‘Shinga will also be deployed with a ballistic and stab-proof harness to help keep her safe. Her main role will be to track and follow human scent.’

And when she retires, she’ll be able to spend her twilight years at the sanctuary she will soon call home.

‘Her operational life will end when she is around nine-ten years old,’ says Darren.

‘She will then stay on at Imire, enjoying a pet life with the rest of the team and reserve owners. And what an environment for her to retire in.’

On the subject of why they decided to sponsor Shinga, ProDog Raw founder Heidi Maskelyne, said: ‘I’ve been on safari multiple times, and on my last visit I noticed that they were training dogs to help protect rhinos, and it was one of the most inspiring things I’ve ever seen.

‘It just perfectly epitomised the whole “dogs with jobs”/”pets with purpose” movement that I champion, so I decided to put my money where my mouth is and sponsor an anti-poaching dog.’ 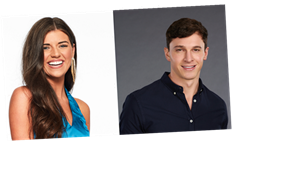 Are Madison Prewett & Connor Saeli Dating? Here’s Why Fans Think They Are 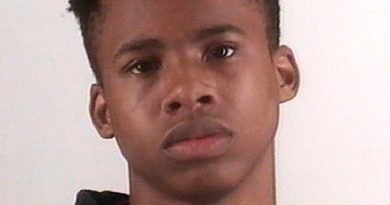 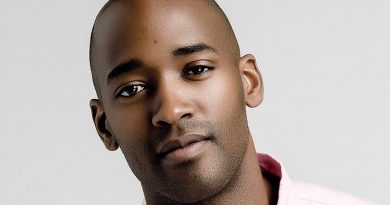