A Los Angeles diner based on Skid Row has been donating meals to those in need as part of its plan to survive the COVID-19 pandemic and help its surrounding community at the same time.

Nickel Diner — a local favorite with a menu featuring meals like berry French toast, homemade pop tarts, fried chicken and maple bacon doughnuts – opened in the height of the 2008 recession, and it's now hoping to recover from what has undoubtedly been its toughest year yet.

“We’ve always fed our neighborhood. Our neighborhood is our support and we’re theirs,” co-owner Monica May told FOX Business, but the pandemic heightened the need for the Skid Row businesses and organizations to help each other. “It took our community to help us build our neighborhood back in 2008 when we first opened.”

May and her partner, Kristen Trattner, said that after COVID-19 hit, everybody who was working downtown went home and offices closed, hurting much of their business. Then, in June, riots following George Floyd’s May 25 death led to looting that further hurt their restaurant, and the two soon realized that they had to “reconfigure” their business if they wanted to survive. 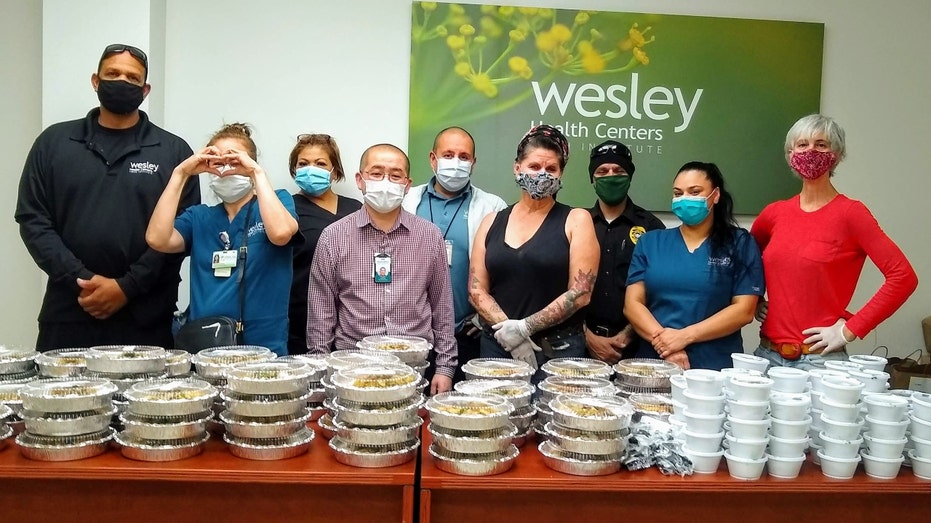 That’s when they got involved with an LA nonprofit called Dine11, which partners with local restaurants to feed health care workers and other community members in need of meals during the pandemic, simultaneously supporting both local businesses and front-line workers.

“We realized that the condition we were in — with the restaurant reduced to being open only two days a week because there wasn’t any business so we were just open for brunch — that we could become basically a soup kitchen, and we had people who wanted to donate money to us and help us out,” May said.

The diner took donations, became subsidized, and that eventually allowed the restaurant to develop a “pay-it-forward program” that lets people who visit its website donate meals for $12 or $13 apiece. While the restaurant was forced to cuts its staff from 16 people to four, May expressed gratitude that at least she and Trattner could keep those remaining in business.

“What we have found with the pandemic is that all of this has been built on small gestures of kindness,” May explained. “Nobody has a vision of the future right now. … The helping hands of our community, and certainly by extension what we’ve tried to do, it’s just been this tremendous communal effort.” 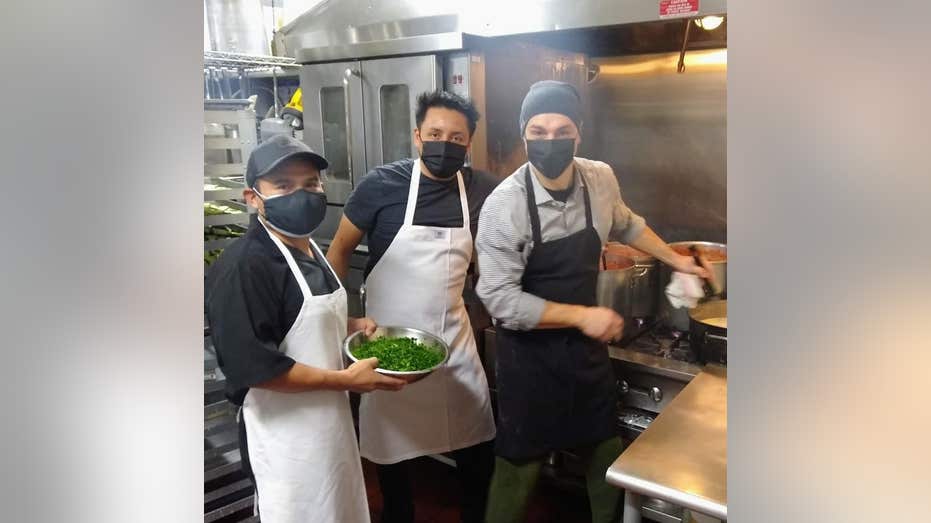 She added that being open for brunch is one thing, but the surrounding community and those in need of meals have become dependent on their donations, which is Nickel Diner’s top priority right now. The federal government’s Payment Protection Program (PPP) loans have helped the diner somewhat, but May said all the regulations restaurants have to follow right now due to COVID-19 puts an extra strain on businesses that could lose those loans if a mistake is made.

Union Rescue Mission is a faith-based nonprofit that provides shelter, food and guidance to those experiencing homelessness on Skid Row — the notorious section of downtown where thousands of people live on the streets in perilous conditions — and one of the recipients of Nickel Diner’s donated meals.

Rev. Andy Bales, the founder of URM, previously told this reporter that he lost his leg to a flesh-eating bacterial infection in 2014 after he came in contact with human waste while handing out thousands of water bottles to the city’s homeless on a summer day.

“Somehow…going through the most horrendous battle we’ve ever gone through — it’s been a horrific battle, the biggest struggle in our 130-year history — just a simple meal like that from a friend comes alongside us and makes a world of a difference. It’s really helped us through the most challenging times,” Bales told FOX Business.

He said URM, much like other organizations and businesses on Skid Row, has a history with Nickel Diner, and the mission’s staff describes its homemade meal donations as “manna from Heaven.” 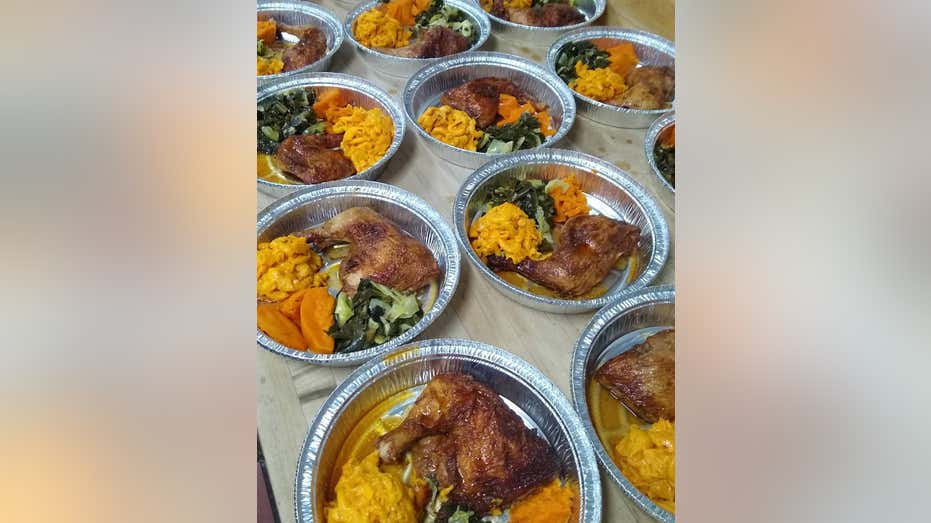 The reverend added that receiving food from the diner has “absolutely lifted spirits” and then quoted Trattner, the co-owner, saying, “A meal from somebody’s momma plucks the heartstrings every time.”

URM is one of the largest providers of continuous emergency shelter services in the United States, but the COVID-19 pandemic has forced the mission to reduce the number of individuals and families it takes in, even as the homeless population on Skid Row continues to grow.

Before COVID-19 hit, URM had more than 1,000 guests, but the pandemic forced that number down to 250 of 300 people. Bales said the mission worked with LA County to place the elderly in hotels and other spaces that the local government converted into shelters for those experiencing homelessness, but those who want to receive care at URM have to go through a testing process that requires one round of quarantine, a COVID-19 test, a second round of quarantine, and another COVID-19 test, he said.

“Already, homelessness is extremely traumatizing, and then the extra fear that COVID-19 has brought us has been overwhelming,” Bales said, adding that URM has itself had 170 different cases — some symptomatic and some asymptomatic, making it difficult to tell when people are infected — and four deaths. For the past two weeks, however, the mission hasn’t reported any positive cases, and if that continues for another week, it will be able to give more people shelter. 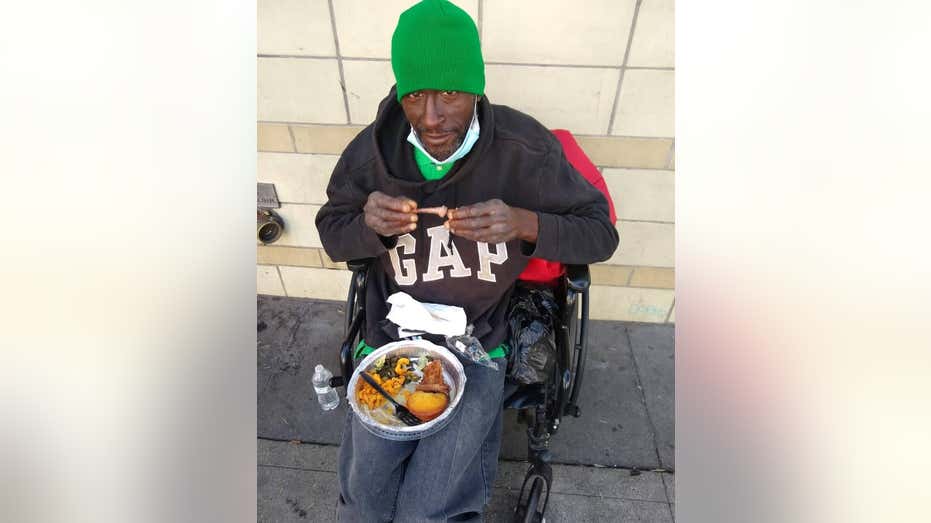 “We’re at the all-time low we’ve been at, but we’ve also been putting people in hotels around us, still keeping our promise to never turn away a woman or family who comes to our door … ,” he said. “We’re continuing to play chess.”

He added that URM will never reach full capacity again but will likely keep its guests around 300 to 500 people from now on.

A January 2020 count by the Los Angeles Homeless Services Authority reported that there were more than 66,400 homeless people living in Los Angeles County — by far the largest single concentration in the state. That included more than 41,000 people within LA city limits. Both figures were up more than 12% from the previous year. The annual count was canceled for 2021 because of the pandemic.

Bales suggested that number could be higher, citing the LA Economic Development Corporation, saying that LA’s homeless population grew by about 20,000 more people this year and that the total number of people devastated by homelessness in the county is probably more like 86,000 — 75% of whom don’t have a roof over their heads “of any kind.” 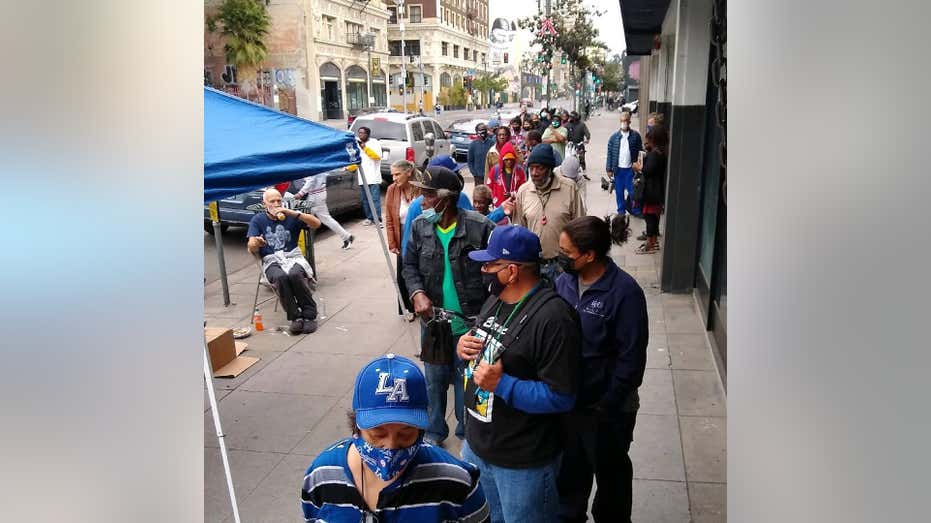 U.S. District Judge David Carter noted during a hearing on LA homelessness earlier this month that 1,383 homeless people died in the city and county of Los Angeles last year, a 32% increase from 2019. This January compared to last January, however, deaths are up by 74%, according to Bales.

The top causes of deaths among those suffering from homelessness include fentanyl overdoses, heart disease, traffic hit-and-runs, violence and hypothermia. COVID-19 had been the fifth or sixth top cause for some time at the peak of the pandemic, Bales said.

Bales said the county and the city are not doing enough to help their growing homeless population find shelter amid the pandemic.

“Some shelters have had to close their doors completely. … That’s the choice some made — just to shut down services,” he said. “Others have reduced services. There’s not been as much collaboration I’d like to see. There’s not been an urgent, all-out response from our city and the county.”

May echoed these concerns, saying COVID-19 has highlighted “cracks in the system,” and it is becoming “more and more apparent what things need to be fixed downtown.”

“We’re hoping now that everybody’s had a chance to see it,” she said. “Let’s get it together because it’s not going to get easier for anybody.

Bales said that while URM has been “struggling and mourning” in the battles to save the lives of its guests and staff, when the community joins forces to help each other survive “with things like a home-cooked meal, it’s enough.”

“It’s enough to keep going. … And it really does feel like manna from Heaven,” he said. 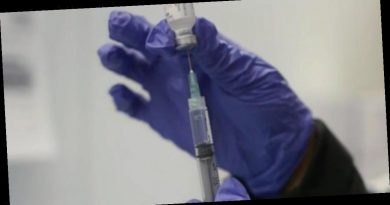 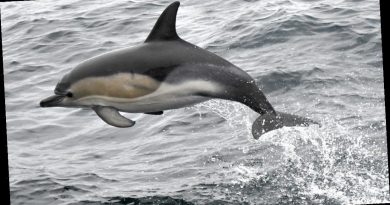