Home » Lifestyle » Karen Yossman explores the rise of the ‘Instapoets’ 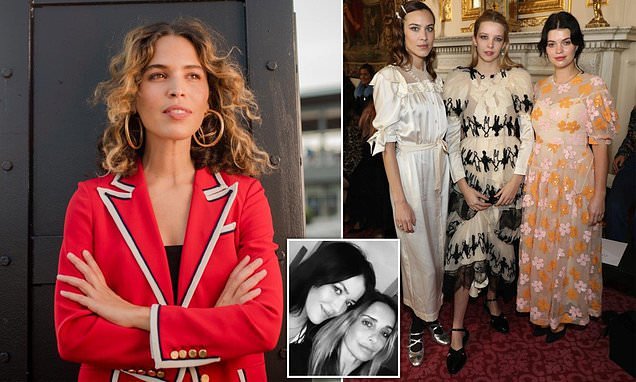 Meet the new poet idols: Move over, Adele! A fresh wave of lyrical superstars is winning millions of fans online and helping fuel a £12 million market. Karen Yossman explores the rise of the ‘Instapoets’

The latest generation of pop stars are – as one might expect – young, stylish and articulate, their heartfelt lyrics drawn from personal experience of love and despair. They boast sellout gigs, legions of fans whom they like to communicate with directly via social media, and fawning profiles in music magazines.

Most of them, however, don’t sing a note, because this new crop of stars aren’t musicians – they’re poets. And they have found a receptive audience online, particularly on the photo-sharing site Instagram, where their verses provide welcome respite from the seemingly endless stream of sexy selfies and envy-inducing holiday snaps. 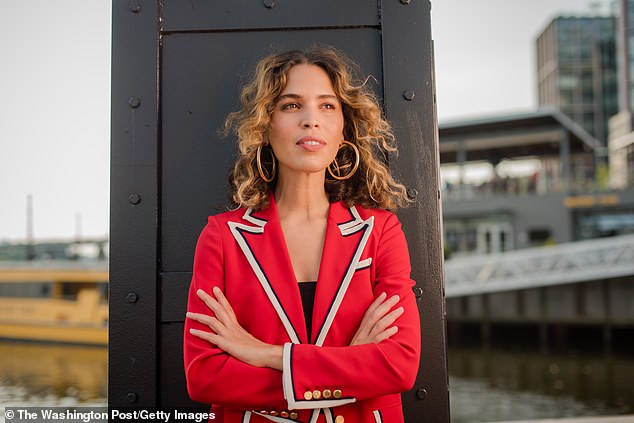 Poet Cleo Wade has more than half a million followers on Instagram. It doesn’t hurt that many Instapoets happen to look glamorous

Dubbed the Instapoets (although it’s a moniker that makes most of them cringe), the most popular have online followings that run into the millions and even include celebrities. New York-based poet Cleo Wade counts Katy Perry, Drew Barrymore and Nicole Richie among her fans, while Cat Deeley and Orlando Bloom follow Canadian Rupi Kaur. Some have even earned the royal seal of approval: the Duchess of Sussex quoted a poem by enigmatic US-based Instapoet Nayyirah Waheed on the official @sussexroyal Instagram page in May to commemorate US Mother’s Day.

It doesn’t hurt that many Instapoets happen to look glamorous, thoroughly upending the staid stereotype of thick wool tights and librarian glasses. Last year Rupi Kaur, who has 3.7 million followers and was named ‘Queen of the Instapoets’ by Rolling Stone magazine, appeared on the cover of Cosmopolitan India, while Cleo Wade can often be found in the front row at New York Fashion Week. In London, society favourite Greta Bellamacina has hosted poetry readings and edited anthologies for top brands such as Burberry and Fortnum & Mason.

And, just like their chart-topping counterparts, these Instapoets are comfortable on stage. Earlier this year Rupi headlined a sellout show in London’s West End, while Brit favourite Charly Cox gave a reading at Wilderness Festival last year alongside Nile Rodgers and Chic, Groove Armada and Bastille. ‘There’s something so amazing about being in a room and listening to a poet perform their work,’ says Greta Bellamacina, who has performed at Port Eliot Festival and the Poetry Café in London’s Covent Garden. ‘There’s something quite magical about that side of it.’

Although it might seem surprising that a generation raised on the internet has discovered a passion for something as archaic as poetry, in many ways Instapoets offer the same sense of solace as singer-songwriters such as Adele or Ed Sheeran, whose success is predicated on lyrical honesty. One of Adele’s best-known hits, ‘Someone Like You’, is about coming to terms with a romantic break-up.

And in bypassing traditional publishing houses and posting their work online, the Instapoets are making poetry not only accessible but hip. ‘Reading poems on social media that resonate with us makes us feel less alone and supported in our emotions,’ agrees Diana Raab, a poet with a PhD in psychology. ‘It also helps validate our own lived experiences.’ 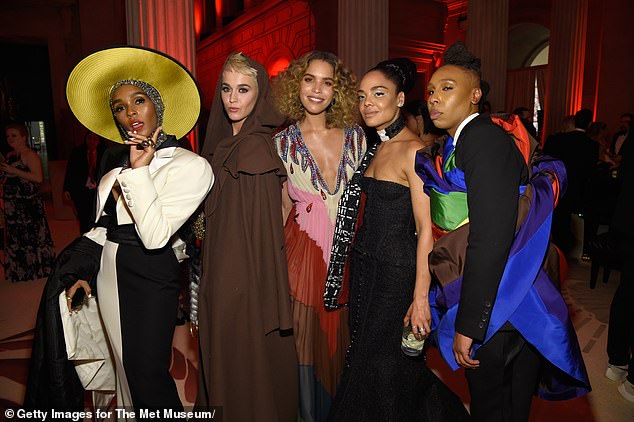 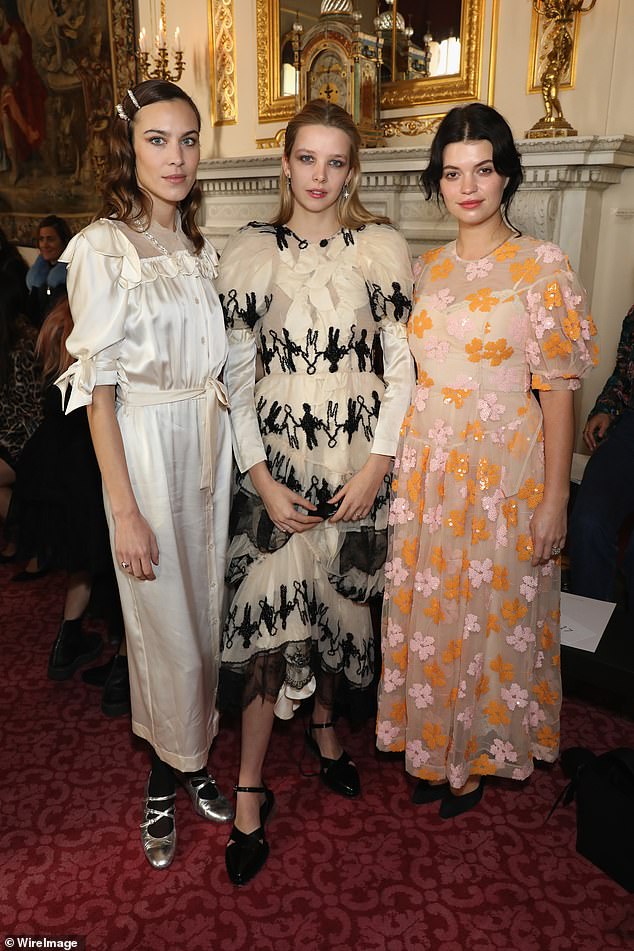 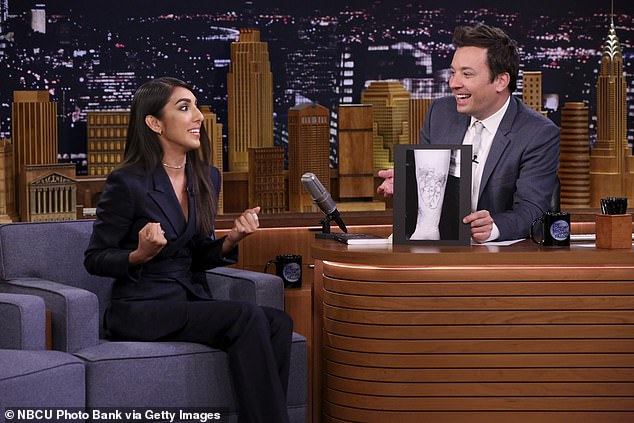 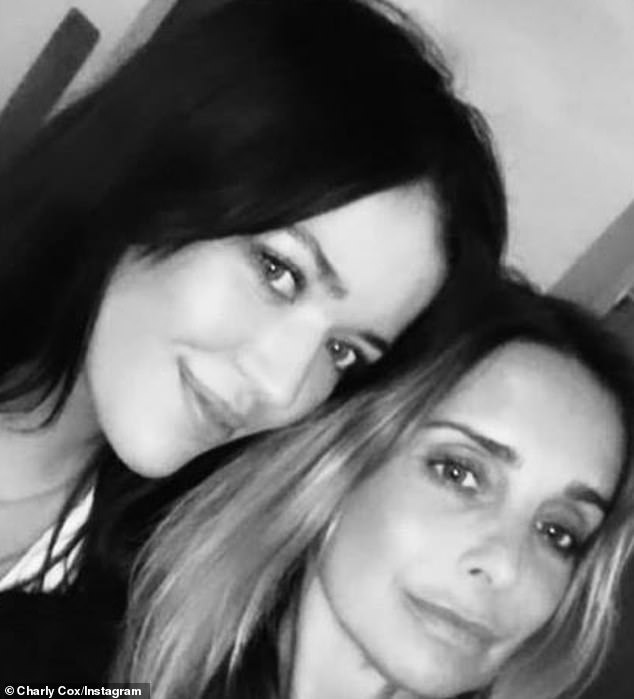 Charly Cox, who boasts more than 40,000 followers on Instagram, is among this new crop of young, predominantly female poets storming the literary world via social media. We meet at the infamous Chateau Marmont hotel in Los Angeles, where she is in town to work on some new material. Clad in a leopard-print vintage maxi dress with smudged kohl-ringed eyes and just-fell-out-of-bed hair, 23-year-old Charly looks every inch the rock star as she flops into a chair, a glass of wine in hand. She’s even a touch hungover, she admits, despite having landed in LA a mere 36 hours earlier. But, unlike your typical pop diva, she’s warm and forthcoming. ‘I never realised that I was writing poems,’ she says of her initial foray into the field. ‘It was just a form of coping and absolutely a form of therapy.’

Charly, who grew up in Northwest London, began experimenting with poetry in childhood and continued after dropping out of school at 16. ‘I left during my A-levels because I had terrible depression and anxiety and couldn’t get on the train into college,’ she explains. ‘I quit without telling my parents.’ When they found out, she was given an ultimatum: find a job or go back to school. Charly swiftly talked her way into a job at Burberry as a studio assistant and stylist, where she worked for a year before moving into digital production.

Soon, however, she found herself lamenting what she felt was a lack of creativity in her work. Friends encouraged Charly to pursue poetry instead, chiding her: ‘“You write poems all the time; you get drunk and stand on our sofa and recite them”,’ she recalls with a laugh. Her poems, which are drawn from her own experiences, explore many of the maladies faced by young women today, such as depression, body image and ghosting (when someone cuts off contact without explanation).

Charly’s verses immediately struck a chord with Instagram users, over half of whom are female, and before long she was fending off multiple offers from publishing houses. Although the Instapoets are known for their success online, many of them still hanker after ink and paper, the ultimate goal being to score a publishing deal with a top literary house. ‘It’s a hard time to be a woman,’ says Charly, referring to the acute pressures brought about by social media and the internet at large. ‘But it’s a great time to be a woman in that publishers are looking for young female voices.’

Charly’s debut collection, She Must Be Mad, was released last year under an imprint of HarperCollins and was named the bestselling poetry debut of 2018. As one fan wrote online: ‘This is poetry that is understandable and relatable for anyone who has experienced mental illness, being a young adult or having negative body-image thoughts.’

Like Charly, 32-year-old Nikita Gill is one of the UK’s most popular Instapoets. Born in Northern Ireland and raised in India, Nikita currently lives in Hampshire, where she regularly shares poems and self-penned axioms – as well as frank updates about her battle with depression – with her 525,000 Instagram followers. Singer Sam Smith recently reposted one of her verses on the site, an event she describes as ‘amazing’. Although Nikita credits social media with kickstarting her career, having bagged her first book deal through blogging site Tumblr, she is wary of exploiting her vast online presence.

‘I don’t want to be an “influencer”,’ says Nikita, who has been approached about ‘monetising’ her Instagram account through sponsored posts. ‘I have always been very, very clear on one thing: I’m a writer, and that is all I am.’

The Instapoets at their most heartfelt 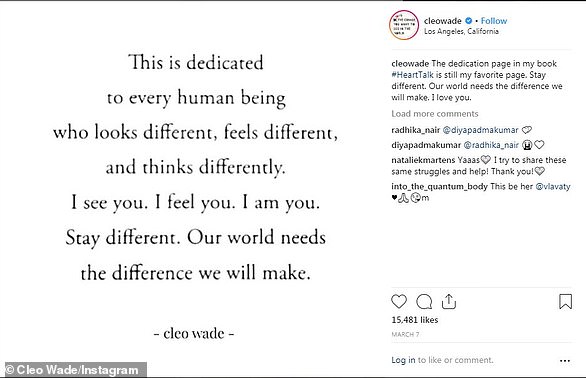 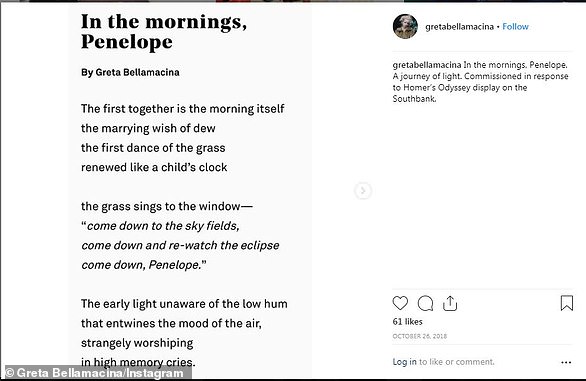 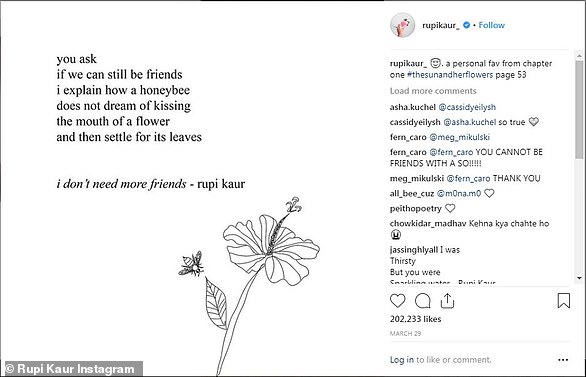 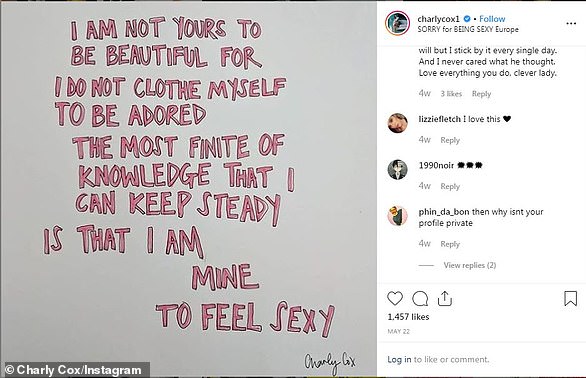 Her stance is all the more admirable considering Nikita’s path to success was not an easy one. After moving from India to England to pursue a master’s degree in publishing, she worked in a variety of jobs to support her nascent poetry career, including cleaning (‘I was terrible at it,’ she laughs) and as a carer at a school for children with learning difficulties. ‘Initially I started putting out my work anonymously [on social media] because I was a bit scared,’ she recalls.

It was her pupils who, after reading her poetry, convinced her to put her name to it. Nikita’s most recent collection, Fierce Fairytales: & Other Stories to Stir Your Soul, was released last autumn under an imprint of mega publishing house Hachette. ‘The reason I started writing poetry was because I found it was a really beautiful way of capturing a moment in very few words,’ she explains. ‘That’s kind of what I fell in love with.’

Poetry’s potential conciseness is partly what makes it stand out on Instagram, where a stanza can be artfully framed in the square tiles that are the site’s hallmark. ‘Poetry lends itself really well to social media,’ agrees Judith Palmer, director of the Poetry Society. ‘The Instagram poets that are successful aren’t just slapping words on a page. They’re thinking carefully about the framing of the words; where they fit, what the font is.’

It comes as something of a surprise to hear her sound quite so enthusiastic about the concept of Instapoetry, given that she heads a 110-year-old organisation dedicated to promoting one of society’s most venerable literary forms. Far from being snobbish about the phenomenon, however, Judith says that the Poetry Society is just as welcoming of writers who have found fame via social media as those who have pursued more traditional routes, in part because they are raising poetry’s profile more generally. ‘Our research shows that people are coming across poetry on Instagram and that they both enjoy it and also then go on to discover other poets they like,’ she explains.

That certainly appears to be the case according to industry statistics. Sales of poetry texts and anthologies hit an all-time high of £12.3 million last year in the UK, according to Nielsen BookScan research. In fact, poetry sales have been increasing steadily since 2012, a trend that coincides with the ubiquity of Instagram, which launched in 2010.

Still, not everyone is thrilled by the rise of the Instapoets. Rupi Kaur’s scant and sometimes anodyne verses – ‘fall / in love / with your solitude’ goes one – are routinely mocked online. Her bestselling collection Milk and Honey has even inspired a parody version called Milk and Vine, which hilariously transcribes quotes from viral videos in Rupi’s syntax-free style (sample: ‘girl / you’re thicker than a bowl of / oatmeal’). And, this being the internet, the parody book quickly scaled Amazon’s poetry charts – at one point even overtaking the original.

Traditionally trained poets have also bristled at the deluge of writers landing coveted publishing deals via Instagram. Oxford and Cambridge-educated writer Rebecca Watts, whose debut poetry collection was hailed by multiple publications as a book of the year in 2016, eschews social media entirely. Rebecca caused something of a stir last year when she was asked to review a poetry collection by ‘spoken word artist’ Hollie McNish (who boasts 28,000 followers on Instagram and more than 22,000 on YouTube), for the prestigious PN Review. Rather than reviewing McNish, Rebecca instead penned an essay excoriating the emergence of Instapoetry, branding it artless and amateur. She wrote: ‘The ability to draw a crowd, attract an audience or assemble a mob does not itself render a thing intrinsically good: witness Donald Trump.’

While there are no doubt plenty of Instapoets who have more in common with lifestyle bloggers than Sylvia Plath, it undeniably takes courage to share something as intimate as poetry with thousands of anonymous strangers, especially in an era of cyber-bullying. Even the most innocuous verses can sometimes result in a barrage of abuse. Recently, a tongue-in-cheek poem Charly Cox penned about kale (which features the line: ‘I only eat you so boys want to undress me’) was reposted on stationery brand Papier’s Instagram page. ‘Suddenly I had this stream of people going “This is so irresponsible”, “This is awful”,’ she says fretfully. ‘It was catastrophic in my world.’

Charly, who is currently single, admits her new career has also had a knock-on effect on her love life. ‘It’s really hard on a personal front to explain when you’re dating someone,’ she says, jokingly imagining how such a conversation might go: ‘You know, “What do you do?” “I write about my feelings for a living so please don’t break my heart.”’

Charly pauses for a split second. ‘Or, “Please do break my heart because I have a book deadline in three weeks”,’ she says with a laugh. ‘That’s the Adele effect.’ 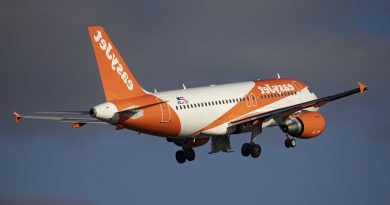 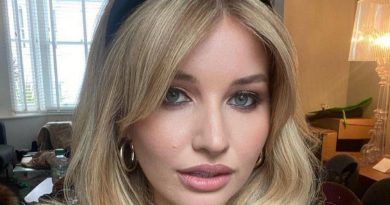 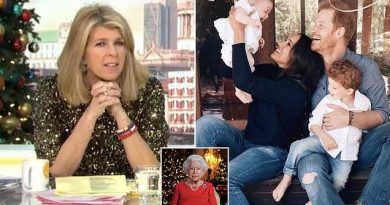