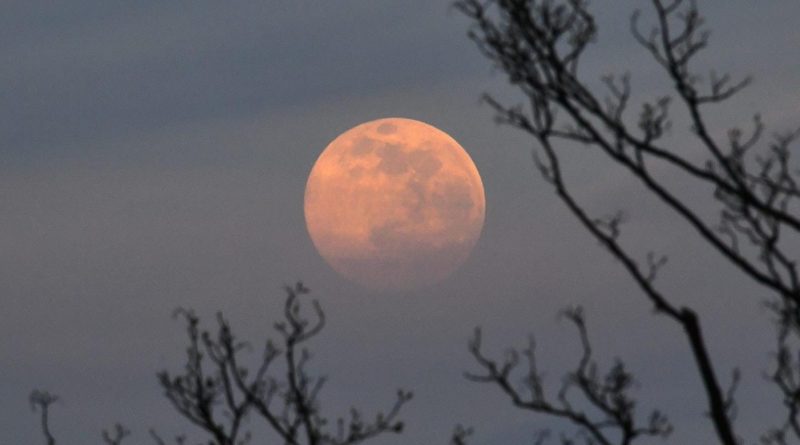 June’s full strawberry moon may be the first full moon of the summer, but it’s also the last supermoon of the year. Don’t sleep on this chance to see a supermoon in all its summer glory — or to channel the astrological magic of this powerful lunation.

Summer has arrived, and one of the longest days of the year will be rewarded with one of the brightest moons of the year – because the full moon on 24 June marks the final supermoon of the year. Also known as the annual strawberry moon, this lunation will have us feeling ripe and ready to conquer our summer goals, so it’s in our best interest to get acquainted with its sweet-but-powerful astrological energy.

Spring was chock full of supermoon action, and June’s full moon marks the last in a series of powerful 2021 supermoons that took place successively over the past few months. It was preceded by the full pink moon in April and the full flower moon in May (which was also a total lunar eclipse). Some sources classified the March worm moon as a supermoon, as well, which would make the strawberry moon the cherry on top of a quadruple supermoon sundae.

Astrologically speaking, the June supermoon is unique in other ways, too. It takes place in the hardworking earth sign of Capricorn, which is known for its strong sense of diligence, discipline, and determination. Under this full moon, all zodiac signs will feel more productive and inspired to work toward their goals – so it’s a great time for ironing out step-by-step summer plans and getting realistic about what we want to achieve over the coming season.

The final full supermoon of 2021 feels like a significant lunar moment. We can all make it count by ensuring we know how and when to see it – as well as how to channel its astrological magic into our lives as we kick off the summer.

What is a supermoon?

A supermoon occurs when the moon is especially close to the earth at the time of a full moon. This nearer-than-usual proximity can result in the moon appearing approximately 14% larger and 30% brighter than a regular full moon, which can create a dazzlingly striking lunar display in the night skies. Astrologically, it’s believed that this phenomenon may intensify the effects of the full moon, making for an even more powerful lunar experience.

The technical details of what constitutes a supermoon vary slightly between sources, as it’s not actually an official astronomical term (this is why you may notice a few sources aren’t naming June’s full moon a supermoon). However, according to astrologer Richard Nolle (who originally coined the term ‘supermoon’ in a 1979 article), a supermoon refers to any full moon that comes with 90% of its closest approach to earth during that particular orbit – and by that widely agreed upon definition, June’s full moon is indeed the third and final supermoon of 2021.

A supermoon is when the moon is closer to earth, causing it to appear approximately 14% larger and 30% brighter than a regular full moon.

Why is it called a strawberry moon?

June’s full moon is known as the annual strawberry moon – a nickname which, according to The Old Farmer’s Almanac, can be credited to the Algonquin, Ojibwe, Dakota, and Lakota people of North America. In various other traditions, this lunation is known by nicknames such as the Blooming Moon, the Hatching Moon, the Mead Moon, and the HoneyMoon, all of which speak to its sweet and abundance-focused energy.

When will the supermoon be visible?

June’s full moon is the last full supermoon in all of 2021, so you won’t want to miss out on the phenomenal views. The moon hits peak fullness in the UK on 24 June at exactly 7:40pm BST, but the best time to view a supermoon is during moonrise and moonset. In London, this will take place at about 4:00am on Thursday morning in the southwestern part of the sky, and again just after 9:30pm in the southeastern part of the sky.

Thanks to the strawberry moon’s supermoon status, this lunation will still look especially bright and large for two nights after its peak on 24 June. So if you don’t have time for moon gazing on Thursday evening, you’ll still be able to see it in its glory well into the weekend.

How will the full supermoon in Capricorn affect you?

In astrology, full moons are believed to help bring matters to a climax or conclusion. As the energetic high point of the lunar cycle, they can cause heightened tensions within relationships, the illumination of truths, and intense surges of emotions.

This particular full moon takes place in the down-to-earth and practical sign of Capricorn, which may put our minds on matters of business, financial security, or other work-related goals. This lunation offers us an added boost when it comes to bringing professional projects to fruition or reaching a climax within your public life, so take advantage of your lunar luck and focus on fleshing out your tangible goals.

However, this lunation isn’t just about hard work – it’s the first full moon of the summer, after all! It also brings a beautifully cumulative energy that’s perfectly suited for releasing built-up emotional tensions and clearing space for your future endeavours. The last two lunations were eclipses (both the flower moon/lunar eclipse on 26 May and the new moon/solar eclipse on 10 June), which brought major shake-ups and shifts to our lives. So as the first major lunation since eclipse season (and the first full moon of the new season), this lunation feels like the start of something fresh.

The good vibes are further enhanced by an auspicious connection between the full moon and fortune-filled planet Jupiter (the planet of good luck). This sprinkles a bit of fun, magic, and prosperity over our full moon goals and asks us to open our hearts to all the possibilities that lie ahead.

Like the fruit that it’s named for, the astrological energy of this strawberry moon is bursting with possibility and ripe with potential. It reminds us that hard work pays off – and the results of our time, attention, and energy can be as sweet as they are nourishing. And even if you don’t subscribe to astrology, at least promise me that you’ll head outside on the night of 24 June so you can see the year’s final supermoon for yourself, in all of its luminous glory. 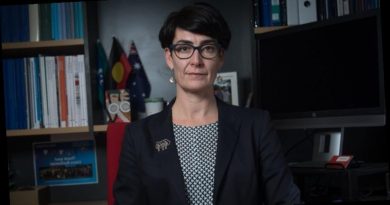 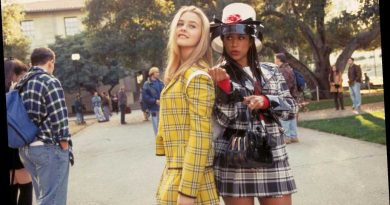 ‘Clueless’ is 25! Everything you didn’t know about the iconic film 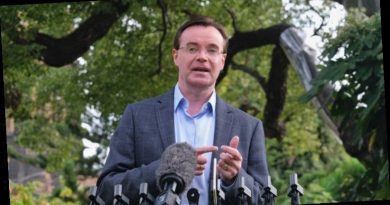 Wounded, impotent but Liberals could still reinvent themselves