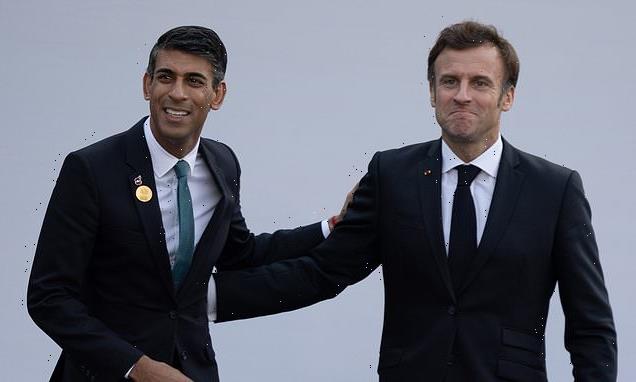 I hope I’m wrong. But I fear we’d be better off chucking cash in the Channel than handing more millions to Emmanuel Macron, writes JONATHAN MILLER

On Monday, Rishi Sunak published a photograph of himself clutching Emmanuel Macron in one of those awkward hand-to-elbow embraces that a certain kind of politician uses to demonstrate kinship with another.

It’s telling that Sunak felt the need to make such a public declaration. Just three months ago, Liz Truss — then vying for the Tory leadership — put her foot in it by declaring the ‘jury’s out’ on whether the French President was a friend or foe.

These careless remarks are thought to have precipitated the breakdown of a Franco-British deal to get a grip on the migration crisis in the Channel. (Or, to put it another way, perhaps Macron threw a tantrum and pulled the agreement at the 11th hour.) 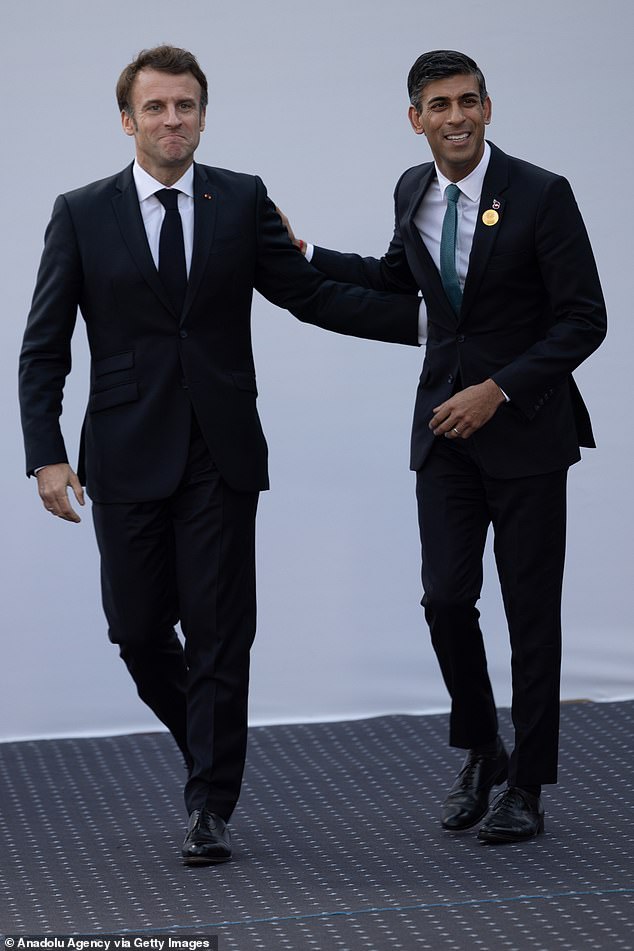 JONATHAN MILLER: On Monday, Rishi Sunak published a photograph of himself clutching Emmanuel Macron in one of those awkward hand-to-elbow embraces that a certain kind of politician uses to demonstrate kinship with another

No wonder, then, that our new PM is so keen to set a different tone. For, also on Monday, we learnt that Sunak was in the ‘final stages’ of striking his own flagship immigration deal with Macron.

But the deal comes at a price. The British taxpayer will hand over a reported £80 million to France — the largest sum of its kind so far — at a time when there is a squeeze on our own public finances.

Mr Sunak now speaks of his ‘optimism’ and confidence. ‘We can make a difference [and] grip this challenge of illegal migration,’ he insists.

Well, my message to him is: don’t be so sure, Prime Minister. The hard reality is that relations between London and Paris have not been so strained in years. I’d like to think we really are seeing the first signs of an Entente Cordiale for this century, but let’s be realistic: one chummy photo-op is not going to cut it.

There are two main reasons for my cynicism.

The first is that our friends in France have repeatedly broken their promises over the illegal- migrant issue. Already Britain has sent tens of millions of pounds of taxpayers’ money across the Channel to address the problem. 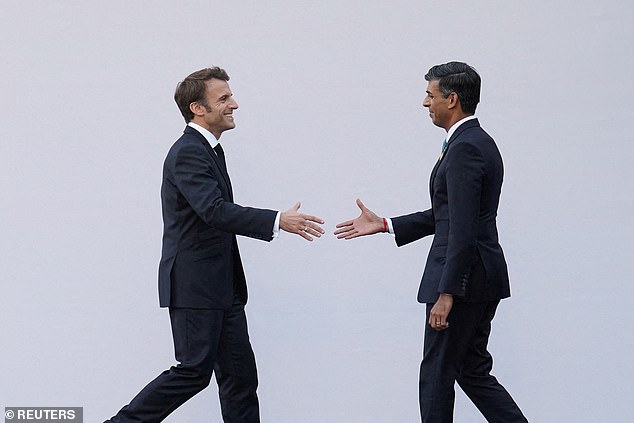 On Monday, we learnt that Sunak was in the ‘final stages’ of striking his own flagship immigration deal with Macron (Pictured together at Cop27 on November 7)

And what is there to show for all this largesse? Virtually nothing: the number of migrants arriving on Britain’s beaches only continues to gather pace. Why should this new ‘deal’ be any different?

France’s efforts to tackle the problem have proved farcical. As a British expat living in the South of France, I have friends in the country’s border forces who have painted a woeful picture.

Gendarmes typically intercept a handful of migrants each day on the beaches, put them in coaches and drive them back to Calais. They are then released — and are free to try to reach Britain again the following day.

Will UK officials posted to France make any difference to all this? I doubt it. Under the terms of the deal, they won’t be allowed to operate on the beaches anyway, and will instead be stuck in control rooms. I doubt many of them even speak French.

But my second reason for doubting the success of this latest scheme is far more serious — and it makes me believe Rishi would be better off throwing bundles of cash into the Channel than pinning his hopes on the new deal.

I am talking about Macron himself. For all the undoubted charm of the man whose own father nauseatingly celebrates him as an excellent ‘seducer’, the man in the Elysee Palace is far from benevolent.

Certainly, he has never forgiven Britain for Brexit: it put paid to his lifelong dream of a European superstate, with himself naturally at the helm.

And so, while UK leaders — Truss excepted — have made genuine efforts since the 2016 referendum to build firm relations with their closest continental neighbour, Macron and his EU acolytes have consistently fired off insults and raised tensions at every turn. 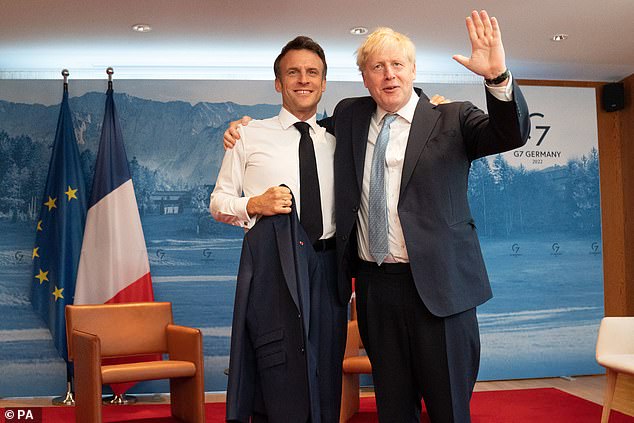 In December last year, the President was reported to have called Boris Johnson a ‘clown’. In February 2021, the former French ambassador to the UK, close Macron ally Sylvie Bermann, dismissed Boris as a ‘congenital liar’.

For his part, Boris always affably insisted he enjoyed a ‘bromance’ with the French President. But look closely and you can see the bromance went only one way.

The truth is that Macron is in love with just one person: himself. And that partially explains his failure to deal with the migrant problem in a way that lastingly benefits both Britain and France.

What he cares about most is his own image. And he has no genuine interest in footing the bill for permanently housing migrants within his own borders if doing so affects his public persona. In fact, it suits him very well if as many migrants as possible reach the shores of Kent or Sussex.

Meanwhile, he faces a number of intractable problems at home and abroad that make him even less likely than usual to help his neighbour.

Despite his re-election as President in April, his loss of a parliamentary majority this summer has left him severely weakened on the domestic front, making it hard for him to get new legislation through.

Then there is his litany of foreign-policy failings. Casting himself as the statesman of our time, he made a series of bungled efforts to head off the war in Ukraine via increasingly desperate phone calls and meetings with Vladimir Putin. 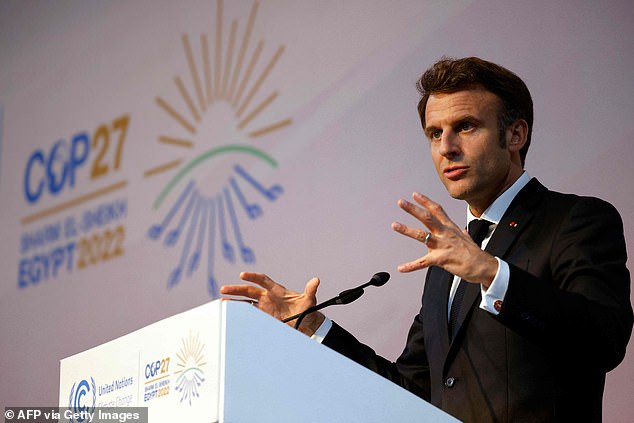 The truth is that Macron is in love with just one person: himself. Pictured giving a press conference as part of Cop27 on November 7

Within his beloved EU bloc, he is also under threat. Italy’s new Right-wing leader Giorgia Meloni has labelled France’s role in the migration crisis ‘disgusting’, singling out Macron for personal criticism by calling him ‘irresponsible’.

His great political ally, Germany’s former chancellor Angela Merkel, is now gone, of course. And her replacement, Olaf Scholz, has repeatedly been reluctant to help Ukraine with the military assistance it badly needs.

This in turn has rendered Macron’s vain hopes of an ‘EU army’ all but worthless.

A cynic might argue, then, that Macron’s latest show of friendship with Britain is a matter of expedience as much as anything, reminding the world that he does have some friends in high places.

So, will the new deal work? Harsh winter weather is likely to deter many migrants from trying to sail across the Channel in the coming months. Macron might seek to claim a modest downturn in numbers as a personal victory.

But without a doubt, the scale of this crisis — with crossings expected to top 50,000 this year alone — demands swift action from our new Prime Minister. And Mr Sunak is right to reach out to France and make amends where his predecessor so abysmally failed.

Many of us — on both sides of the Channel — would love to see better relations and a fair, lasting and mutually agreed solution to handling the migrant crisis.

But the PM must remain cautious. Before he boldly declares a new era for Franco-British relations, he must remember that Macron has form. And he must also make sure that the Brits are not taken for fools.

Jonathan Miller is author of France, A Nation On The Verge Of A Nervous Breakdown (Gibson Square) 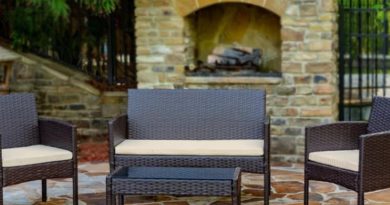 Get Up to 70% Off On Wicker Sets, Colorful Rugs & More At Wayfair's President's Day Clearance Sale 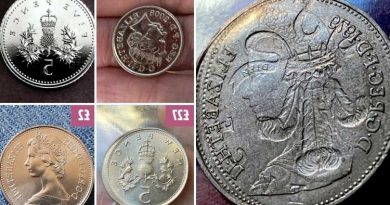 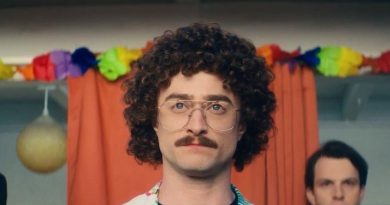