Home » Lifestyle » ‘Issue-by-issue’: Independents not committing to either major party

Voters will be asked to trust a growing field of independent candidates to decide who forms government if there’s a hung Parliament after the federal election, with prominent challengers declining to say whether they would back Labor or the Liberals.

Independents are naming climate change, equality for women and water policy as some of the issues that could decide their support if Prime Minister Scott Morrison or Labor leader Anthony Albanese needs their vote to hold power. 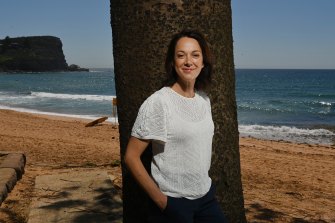 Dr Sophie Scamps is an independent running in Mackellar.Credit:Nick Moir

In an approach matched by others who are challenging Liberals and Nationals in conservative seats, independent candidate Sophie Scamps said she would seek the best deal for the electorate of Mackellar in northern Sydney if she won and had to choose between the major parties.

“I will do that on an issue-by-issue basis, no matter which party forms government,” she said.

“In terms of forming government, I will get the best deal for the people of Mackellar and the issues I stand for — importantly, real action on climate change and a federal integrity commission.”

None of the challengers declared a leaning toward either major party, but their verdicts could be crucial when opinion polls suggest a close election. Australia had a hung Parliament in 2010 and tight results in 2016 and 2019 when the Coalition held power by one or two seats.

“Apparently they’re independents but they’re only running against Liberals – I think people see that for what it is,” Prime Minister Scott Morrison said on Friday.

“They are a party. They’re backed by some big money at the end of the day, and they’re about trying to attack the Liberal Party.”

Liberal member for Mackellar, Jason Falinski, said independent campaigners were making false claims by arguing that he and others voted with Nationals leader Barnaby Joyce on climate change when they had taken on the Nationals to get the government to endorse a net zero emissions target for 2050.

“So I think the truth is that Barnaby Joyce votes with me,” Mr Falinski said. 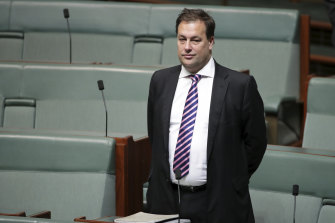 Jason Falinski holds his seat by more than 15 per cent. Credit:Alex Ellinghausen

He said the marriage equality vote in 2017 was another example when he and other moderate Liberals had sided against Mr Joyce and won.

While many of the urban independents are being backed by Climate 200, the fundraising vehicle established by Simon Holmes a Court to seek faster action on climate change, regional candidate Rob Priestley said he did not want money from it or political activist group GetUp.

Mr Priestley, who is running against the Nationals in the regional Victorian seat of Nicholls, where incumbent Damian Drum is retiring at the election, said water policy would be one of the key issues if he had to choose which side formed government.

“I’m interested primarily in stable and reliable government that’s going to deliver good outcomes for my community,” he said. He named the “terrible” outcomes for the environment and farmers along the Murray Darling river system as the biggest factor in his thinking.

Zoe Daniel, the former ABC foreign correspondent who wants to replace Liberal Assistant Minister Tim Wilson in Goldstein in Melbourne, said she had voted for the Liberals at the 2016 election when Malcolm Turnbull was prime minister but not after he was replaced. 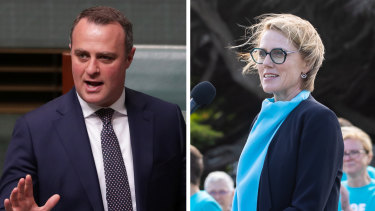 “Obviously I’m not going to make a decision now or say who I would support four to six months out from an election based on a hypothetical,” she said.

“However, standing on the platform I’m standing on, with priorities around climate, equality for women, integrity and economic transparency, any conversation with either of the major parties would revolve around their intentions on those issues.”

Ms Daniel said she wanted greater transparency about the use of taxpayer money after the exposure of “rorts” in federal programs, as well as more disclosure of political donations and truth in political advertising. Her preferred carbon target is 50 per cent by 2030 and she is backed by Climate 200, which is matching local donations.

Kylea Tink, who needs a 9.3 per cent swing to defeat Liberal MP Trent Zimmerman in North Sydney, said her key issues were climate, integrity and equity for all women.

“I would talk to all those with aspirations to be the government and I would be inclined to give certainty to the party which comes closest to meeting the core and key principles of my platform,” she said.

Allegra Spender, who is contesting the tightest race by challenging Liberal MP Dave Sharma, who holds Wentworth in eastern Sydney by 1.3 per cent, said a key issue in her campaign was a cut in emissions of at least 50 per cent by 2030.

“In terms of forming government, I will get the best deal for the people of Wentworth and the issues they care about,” she said. 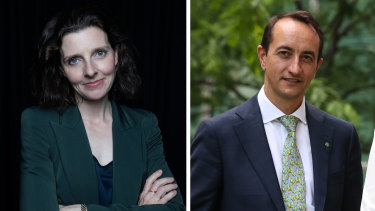 Ms Spender said she had voted for the Liberals when Mr Turnbull was the local MP but later switched to independent Kerryn Phelps, who won the seat in October 2018 and lost to Mr Sharma in May 2019.

The independent candidate for Kooyong, Monique Ryan, requires a swing of 5.7 per cent to unseat Treasurer Josh Frydenberg. She said her message to voters was on the need for greater action on climate change, economic stability, health care and integrity in politics.

”I’ll negotiate with both major parties for the best outcome for Kooyong, considering each issue on its merits and consulting widely with my constituents,” Ms Ryan said.

Linda Seymour, who will run as an independent candidate for Hughes in southern Sydney against incumbent MP Craig Kelly, the former Liberal who switched to the United Australia Party in August, named climate change, an integrity commission, political donation reform and a code of conduct for politicians as factors if she had to choose one side or the other in a hung Parliament. Mr Kelly holds the seat by a margin of 9.3 per cent.

On climate, many of the independents called for a cut in emissions of 50 per cent by 2030, above the Labor goal of 43 per cent, the Coalition forecast of 35 per cent and formal Coalition target of 26 to 28 per cent. None of those contacted backed the Greens target of 75 per cent.

The target backed by the independents is slightly above calls from some of the moderate Liberals they oppose, given Mr Sharma urged the government to reduce emissions by 40 to 45 per cent by 2030 in a speech in September. 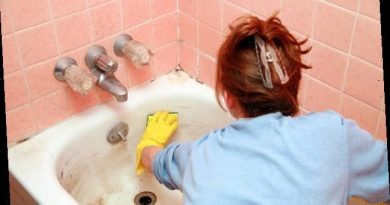 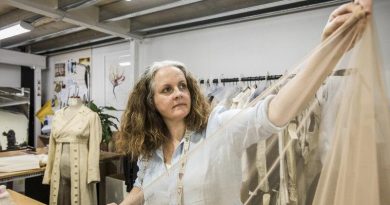 Film and television hub gets new lease on life in Sydney