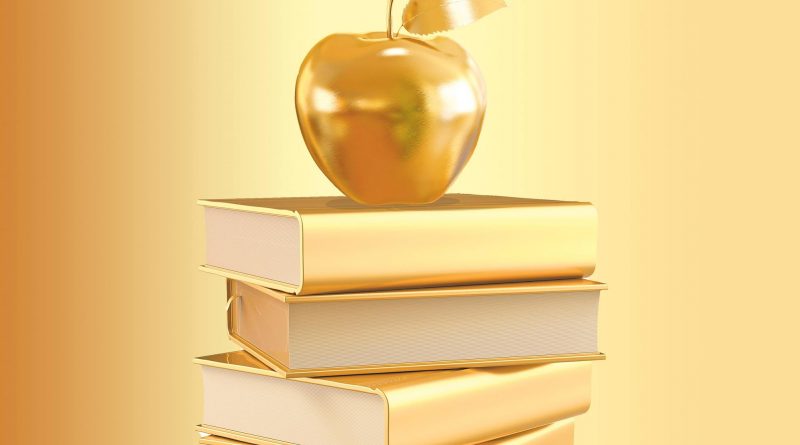 ‘A call to action’: NYC’s top schools seek next generation of woke educators

Blythe Grossberg had been working with a 14-year-old student named Lily on a paper about “Romeo and Juliet.” Grossberg, a writing tutor and learning specialist, was satisfied with the completed assignment, in which Lily argued that 13-year-old Juliet should have married neither Romeo nor her parents’ choice, the handsome and wealthy suitor Paris.

Lily’s mother, Lisa, a banker who spent much of her time sailing off Nantucket, Massachusetts, did not care for the essay’s central thesis.

“My daughter doesn’t know anything,” Lisa said to Grossberg. “I mean, what does she know about love? For her to write that Juliet shouldn’t have married Romeo, it shows her youth, doesn’t it? Her teacher will tear this to shreds. To shreds!”

This incident, which led to Lisa badly rewriting her daughter’s paper in between finalizing multimillion-dollar business deals, is just one example of the pushy cluelessness of the parents Grossberg encounters as a teacher of the children of New York’s upper crust.

In her new book, “I Left My Homework in the Hamptons: What I Learned Teaching the Children of the One Percent,” (Hanover Square Press, Aug. 17), Grossberg notes that for the 1 percent, their children’s pre-college education has just one purpose: getting them to the Ivy League at literally any cost. Grossberg, a Harvard graduate with a doctorate from Rutgers, has tutored for almost 20 years, and keeps her rates set between $125 and $175 an hour. Some tutoring companies charge anywhere from $300 to $800 an hour.

“The college-admissions process is the drawn-out Super Bowl of high-stakes parenting. There is winning and losing and nothing in between,” she writes. “There is endless strategy and conniving. And the outcome — which college a kid gets into — is a referendum on the entire season, meaning their entire upbringing.”

The intense academic pressure on these children of the 1 percent — the average annual income of families at the private schools where she taught is around $750,000 — often begins when they have barely learned how to walk.

“When I work at a tony Manhattan private school, pre-kindergartners in formal clothing show up with their extremely well-dressed parents to interview for kindergarten spots. It seems like a lot of pressure for a preschooler,” Grossberg writes.

“I see parents yelling at their kids outside the school — I am never sure if that is pre- or post-interview. The parents, in their power suits or designer dresses and heels, look steely and determined.”

Discussing a student named Sophie (Grossberg changed names and sometimes created composites of several people), the writer notes that the team-building effort to get her into an Ivy League college began in ninth grade.

“To [these] parents, every kid is Tom Brady. Every kid is destined for greatness, if only they can find the right team,” Grossberg writes. “If a kid isn’t heading for Yale, it’s because the team isn’t right.”

Sophie was diagnosed early with language-based learning difficulties. Her wealthy parents hid them from the girl’s school for fear that her poor performance would lead to her losing her spot, spending large amounts of money to skirt the issue.

“They had gotten her into [a prestigious school] in kindergarten, and they wanted her to stay put,” Grossberg writes. “They had already spent $20,000 on a school consultant, and Sophie had been tutored as a 5-year-old to take the modified intelligence test that the school used for admission.”

Throughout Sophie’s school years, which saw her parents spend hundreds of thousands of dollars on private tuition, she passed most classes with the help of tutors. Her parents kept her reputation and placement intact by unfairly blaming any difficulties on her teachers, creating “smoke and mirrors around her daughter’s academic performance and the real reasons behind it,” writes Grossberg.

Before being hired to work with the ninth-grader, Grossberg had to be vetted by the girl’s college-consulting team, as if applying for a high-pressure corporate job.

To do this, they signed Sophie up for summer courses at Columbia — a few STEM (science, technology, engineering and mathematics) courses and obscure history classes, and one in playwriting “to make her seem well-rounded.”

For some of these kids, though, grades and test scores don’t really matter as long as their parents can write checks.

A student named Trevor suffered from dyslexia and attention deficit/hyperactivity disorder (ADHD), and got poor scores on his standardized tests despite working with tutors. But that didn’t stop him from securing a placement in the Ivy League, as his father “made a beeline to the development office,” according to one of his other tutors.

“[The dad] kept writing checks,” the tutor told Grossberg, “and the [university’s} development office kept looking at them and saying, ‘Bigger, more zeros.’ Finally, they got to a place where they could all be happy, and Trevor was in.”

Trevor, who would sometimes steal bongs and vape pens from a store on Third Avenue in high school, went on to become an analyst for a major Wall Street bank.

And while Grossberg has seen educational strategies far removed from the average experience, the same could be said for the lifestyles of her students and their families — including wealthy parents who only engage with their children from a distance.

“To [these parents] every kid is Tom Brady. Every kid is destined for greatness…”

“Lily has friends who don’t even know where their parents are at night,” Grossberg writes, “and there are parents who call their kids at 10 p.m. to tell them they’re in another city and won’t be back that night.”

In one case, Grossberg had never even met the mother of one of her tutoring students, and was surprised to see the woman one day at the family’s Fifth Avenue duplex. But when she tried to engage the mother about her daughter, Grossberg was interrupted by photographers. The mom was not there to finally discuss her daughter’s education, but to star in a Christmas photo shoot for a national magazine.

Still, there is one instance where Grossberg will hear from a parent every time — if a student receives any grade less than an A.

“One mother, whose son received a B+ in a math course, called the school, bubbling over with rage,” Grossberg writes. “ ‘We have sacrificed for years to send our son to your school,’ she told the head of the school. ‘And it wasn’t to get Bs! It was to get into the Ivy League!’ ”

Grossberg describes the kids as being “like the teddy bears made by Prada — fluffy and cute yet also stylish,” but also notes how they can get into more expensive trouble than most kids.

“Two of [one student’s friends] are in hock to a bookie for debts related to online gambling. No matter, of course,” Grossberg writes. “They fret for a bit and then sell an $800 pair of shoes for the $400 to pay off the menacing bookies.”

But while the progeny of the 1 percent have incredible advantages, there is a pronounced downside to having so much riding on your success as a child.

“For years, poverty, discrimination, and trauma have been known risk factors for adolescent mental health. For the first time in 2018, another factor joined the list: high-achieving schools,” Grossberg writes. “Children raised in high-pressure schools run the risk of psychological disorders and substance abuse . . . this means the children of the one percent are subject to risks even in the context of what looks like benign, supportive environments.”

Grossberg sees that the answer to this is simple, but unlikely to transpire: Uber-rich parents should just let their children develop lives naturally like the rest of us, without having to follow such a rigid path to the Ivy League.

“I have never understood why the children of the affluent are not allowed to chart their own course through life,” Grossberg writes.

“Many of them will have the freedom and money to choose, in theory, any path they want, but they are instead steered toward a limited roster of choices. In these kids’ lives, every moment is transactional.”

And Just Like That Premiere: Carrie Bradshaw Suffers A Devastating Loss 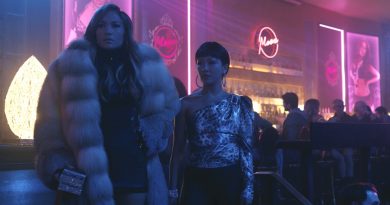 How Hustlers Made Pole Dancing a Part of the Character Development