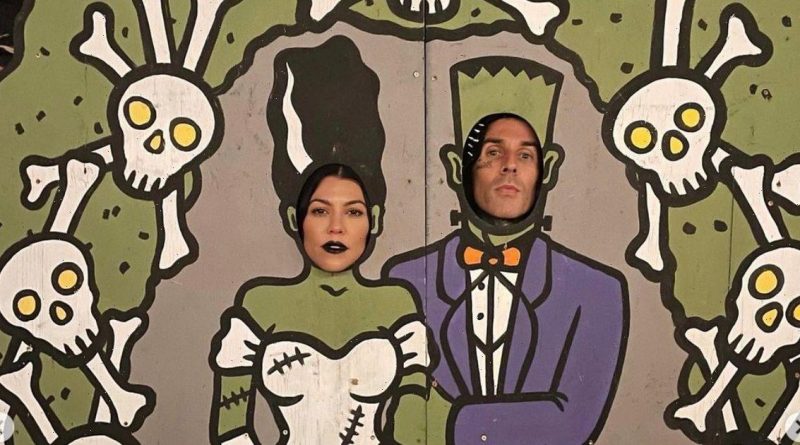 Kourtney Kardashian has given a glimpse inside her stunning haunted house decorations at her £8.8million Palm Springs mansion.

The Keeping Up With The Kardashians star, 42, who is reportedly planning to expand her family after getting engaged to Travis Barker, 45, shared a glimpse inside the incredible decorations for Halloween Eve at her sprawling $12million home in California.

Mum-of-three Kourtney, who shares Mason, 11, Penelope, nine, and Reign, six, with ex Scott Disick, 38, pulled out all the stops for the spooky season with pumpkins lining the pathway up to her grand front door while two huge skeletons welcomed guests to the party.

Kourtney got into the Halloween spirit as she posed in a fun face-in-the-hole board with her fiancé and Blink-182 drummer Travis.

The reality star decked her grand dining table in cobwebs and candlesticks along with skulls and red roses for a splash of colour.

Taking a closer look, Kourtney has added orange lights to the mantlepiece along with an assortment of candles and bones for the ultimate Halloween dinner.

The model also covered her mirror with cobwebs and lit her fire for the perfect haunted house effect to kick off the Halloween celebrations.

Kourtney also added Halloween displays in her garden with a skeleton dressed as a witch with a book in its lap next to a flickering candelabra.

Adding to the spooky atmosphere, the brunette beauty placed a bubbling cauldron in her garden and witches hats were seen floating from the beams outside the front door.

Meanwhile sister Kim Kardashian, 41, was also overwhelmed by the stunning display and panned to the dinner table which was filled with pumpkins and spooky tableware.

It comes after Kourtney got engaged to Travis earlier this month after he popped the question in an extravagant beach proposal.

The couple shared the news on Instagram as she shared intimate snaps from the proposal, which took place on the beach in Montecito, California.

The photos see her wearing a black flowing dress with her short bob styled straight down as she has her arms wrapped around the rockstar who wore a striped T-shirt for the occasion.

The pair were surrounded by an incredible display of red roses shaped like a heart and several large white candles encased in glass.

In the caption, she simply wrote to her 146 million followers: "forever @travisbarker" – which he reposted on his own Instagram stories, reiterating: "forever". 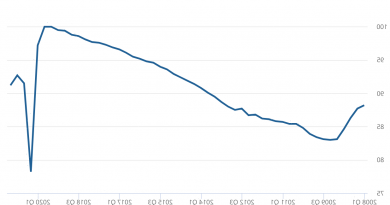 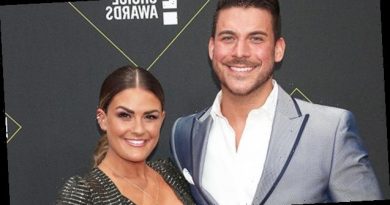 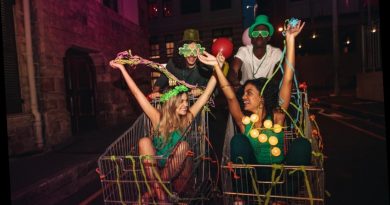