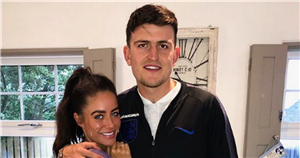 Footballer Harry Maguire has been spending a lot of time on the pitch as of late while battling it out in the Euros.

When he’s not impressing his fans however, the star lives in a gorgeous home, which is hardly surprising given Manchester United completed their £80million transfer for Maguire from Leicester two years ago.

The impressive 28 year old shares his stylish home with his gorgeous fiancé Fern Hawkins, 27, who the footy star met at the tender age of 18 when he was part of Sheffield United’s youth team.

The sweet couple share two daughters, Piper Rose and Lillie Saint who was born on April 3 2019.

Inside, you’ll find a stylish kitchen with wooden flooring and chic grey cupboards wrapped around the space.

In the kitchen there are white shutters which open out to the expansive garden.

Who do you think will win the Euros? Have you say and and see what others think in the comments

There’s a wooden white dining table which Fern posed at for a photo looking radiant in a black top and white skirt.

The kitchen counters could be seen in view, and state-of-the-art equipment sits atop, as well as sweet decor including a print and a small black clock.

Fern shared a glimpse inside the lounge while posing for a photo in a striking green dress, and it’s just as chic as you might expect.

Wooden floors span the space, and beautiful prints hang on the white walls.

There’s a brown cabinet with vases and other ornaments on and a gingham chair can be seen with cosy pillows and throws on.

Moving through to the bathroom, you’ll find a large marble room with a large mirror on one wall and a vase of flowers – it’s the perfect spot to snap a selfie. Kate Wright and Rio Ferdinand: Inside their relationship

Outside, the garden is plenty big enough for Harry to practice his football skills, and he was filmed having a kick around.

The garden is huge and boasts football nets so the talented pro can practice his game.

Harry was also snapped enjoying some family time in the large lounge as he and his daughter indulged in a bit of Peppa Pig in the stunning room.

Harry and Fern became engaged during a romantic getaway to Paris in February 2018, where Fern took to her Instagram account to tell her followers: “On Saturday night, Harry made me the happiest girl in the world & asked me to marry him in the most perfect way."

After the engagement, Harry went off to the 2018 World Cup, and doting Fern was frequently snapped at the sidelines supporting her footballing fiancé and sporting her stunning engagement ring.

England are gearing up to play Italy in the final of the Euros on Sunday 11 July at 8pm, and for more content about the players and their lives away from the pitch, sign up for OK!'s daily newsletter here. 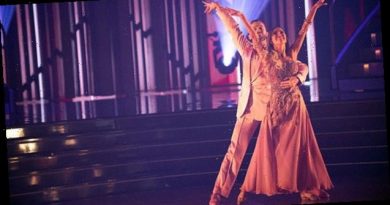 Kaitlyn Bristowe Reveals She’s Suffering From Tendonitis & More While On ‘DWTS’: The ‘Pain’ Is ‘Not Fun’ 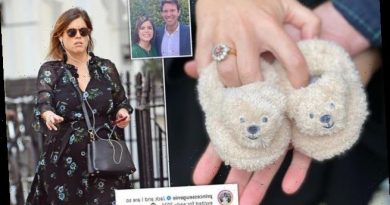 Princess Eugenie and Jack Brooksbank are expecting a baby 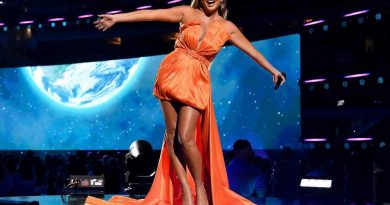 Can Chrissy Teigen’s apologies help her recover from bullying scandal?