It was an undisputed, electrifying performance at the closing ceremony of the 2018 winter Olympics. From inside Pyeongchang’s Olympic Stadium, the K-pop star and rapper CL’s darkened silhouette appeared, as the opening lines to her 2013 hit single “The Baddest Female” rang out to the thousands of spectators assembled there. “This is for all my bad girls around the world,” the musician rapped. “Not bad meaning bad, but bad meaning good, you know?” Rings of fire blazed, while lasers shot every which way. Backup dancers threw their bodies around CL, who strutted onto a platform where she went on to perform another record-breaking hit, “I Am the Best.” To any viewer—millions of whom tuned in to watch the spectacle on television and online—the show was a triumph.

But behind the scenes, the performance marked a significant turning point in CL, née Lee Chae-rin’s, life. The artist, who shot to stratospheric fame in 2009 as the leader and main rapper of one of the most popular K-pop groups of all time, 2NE1, had spent her teenage years working nonstop. Within the K-pop industrial complex, she’d traveled with 2NE1, performing worldwide, recording, rehearsing, making endless media appearances. After the Olympics, for the first time in her life, CL decided to take a break.

“I was working since, I don’t know, 15 or something, constantly,” CL tells me over Zoom from her home in South Korea, where she’d finally docked after weeks of flying between Los Angeles, New York for the Met Gala, and Las Vegas. (The travel, she admitted, had her feeling a bit under the weather.) “So for me to take some time off, even that was the hardest thing. I didn’t know how to do it. Looking back, I re-programmed myself and allowed myself more layers to perspective in life, my experiences, seeing myself. I needed time for that.”

It’s been three years since her monumental Olympics performance—and CL has come a long way. Today, she releases her debut solo album Alpha, a work that has been anticipated by listeners as far back as 2014. The record has been the subject of much industry brouhaha, after issues with CL’s former Korean label, YG Entertainment, came to light. But more importantly, as CL tells it, the album is a source of empowerment for the Asian community, and Asian women in particular. It is CL’s rallying cry of freedom, and a symbol of her creative independence.

Following the Olympics performance, the artist forced herself out of her comfort zone with time off between South Korea and Los Angeles. “How I reacted to that was so unexpected,” she says. “I never went on a trip where I just had days of nothing happening—just resting and eating good food and spending time with family. It was like a really tense rubber band breaking at once.”

At that time, CL was mired in talks to leave her former label, which controlled most aspects of her life and her career. Eyeing a U.S. solo debut—a goal CL had since the mid-aughts—the musician brought Scooter Braun onto her team as a co-manager, but rumor had it at the time that YG hadn’t paid proper attention to its artist, nor her solo rollout. It was the classic story of an artist fighting to gain creative and working autonomy from her label; although the details of the back-and-forth between the musician and YG Entertainment have never been fully aired out. Rabid fans glommed on to rumors of label drama when CL posted a clip of an unreleased music video she later deleted on Instagram in 2018, suggesting there were issues with the rollout of her solo album. “Showing this little bit that I am able to may get me in trouble, but it’s worth the risk to give you something and keep my promise,” CL wrote to her fans at the time.

“It was a big change for me, getting out of the label I was in and the K-pop system I was in since I was so young,” CL explains. To combat the stress and the questions from that time, the musician imagined an ideal character, a personal superhero, who could handle this situation with power, fearlessness, and flexibility. “I asked myself, how would she go through this? And I imagined that a lot. That was how the character, Alpha, was built.”

It’s tough for CL to specify when, exactly, she created the concept of Alpha—but she reckons it was around the time she started working toward leaving her former label. “When I’m going through an album phase, I always build a character in my head,” she explains. “It’s about the message and the attitude. And then I build around that: how does she look? How does she walk? What does she smell like?”

The songs that comprise the record were mostly finished mid-2020, when Alpha was still slated to be an EP with her track “5 Star” as the leading single. (“Being independent, I was like, I need to make sure I feel ready with the right team,” CL says. “So I delayed it and it grew into an album.”) But some of the tracks were written by CL years ago, when she was moving out of the more formulaic songwriting style of K-pop hits she made with 2NE1. “I can always go back to writing songs that people can relate to as a hit,” she says. “I come from K-pop hits, and that’s in of me. But what I’m projecting to the world, I wanted to make sure I’m taking risks and making sure that the message is there, for the right reasons.”

What is the message? CL replies that the motto can be found in the hook for “Spicy,” the bass-heavy lead single with a Jersey footwork-esque beat, released in August. “Energy, power, chemistry,” a voice drones on the track. “It’s about empowering the Asian community,” CL adds. “I was very inspired by that. Alpha is about choosing you, and your life, and love over fear.”

While recording the album, CL returned to the solo female pop acts that inspired her as a child. She listened to old CDs—all of which she has kept in good shape, safely, inside their cases, she notes—from Lauryn Hill, Erykah Badu, Missy Elliott, Beyoncé, and Gwen Stefani. Despite her deep love for all these iconic acts, CL always longed to see a pop star that looked “more like me, an Asian pop star,” she says. “That’s the reason I’m continuing this and wanted to be out here more."

Encountering constraints or creative differences with a label and ultimately going independent is a common narrative for many musicians in the industry. But the story of an artist yearning for her freedom hits different when that artist is an Asian woman—a person who, culturally and historically, is not expected to speak up or voice her needs.

“What kept me going throughout these years was, I do enjoy expressing myself and being creative,” CL says. “When you’re in a situation where you feel like you can’t communicate properly with your fans, who you feel like you grew up with, or are just being held back in general, things get clogged up. This isn’t just work for me. It’s just how I breathe and live.”

“I skipped some phases, especially through my teenage years,” she goes on. “I had to make sure I’m building back that foundation. I’m not skipping anything now. I know the pieces and am building them myself.” 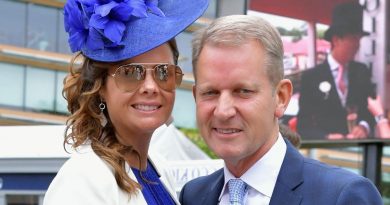 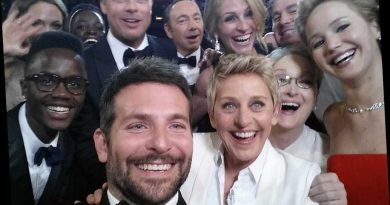 Has Ellen DeGeneres been deserted by A-list pals amid show investigation? 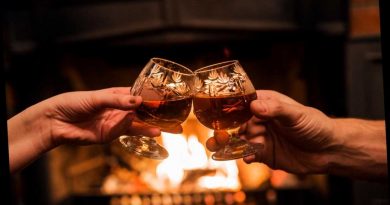