When one of my closest friends was updating me on the whereabouts of people I hadn’t seen in ages, I began to sense that something was wrong with the way I was spending my time. I saw my boyfriend all the time — being in a relationship means you sort of have a built-in friend who’s always at your disposal — but I hadn’t seen some of my closest friends in weeks. I needed to take a break from my boyfriend, even though I loved him.

The realization was jarring: If I needed a break from him, did that mean our love wasn’t as strong as I thought it was? Were we on the fast track to breaking up? I was terrified of what this decision would mean for my relationship. But I knew what I needed out of the break: I wanted to get back into a routine with some friends I had forgotten in the excitement of being in love. I hoped that by taking a break from my S.O. and not the relationship, I’d be able to regain some clarity on how I was truly meant to spend my time.

To start, my boyfriend and I set some ground rules: We’d check in with each other nightly on the phone, but we’d avoid seeing each other for a whole week. During that period, our time would be spent catching up with old friends, doing projects alone we’d been meaning to do, and getting in touch with those people we seemed to have forgotten. Being clear with each other up front that we didn’t want to break up helped me feel more confident about the whole endeavor. I’d recommend having this conversation first to get on the same page. If you or your partner goes into this break unsure of what you want when it’s over, that’s OK — but you should be clear about it from the beginning. Here’s how we took a successful break and came back to each other stronger than ever.

I made it a point not to tell my friends I was “on a break” because I didn’t want them to interpret it the wrong way and judge me. I refused to call it a “break” out loud because I thought it would mean or relationship was somehow weaker or less than.

“’Break,’ ‘soulmate,’ and ‘the one’ are words that we associate with extremes or absolutes and our egos immediately attach to an all-or-nothing mode,” says holistic therapist Jen Scott, LCAT, ATR-BC. “I think we can all conjure up a time when we’ve used or heard the phrase, ‘I want to take a break,’ and what we’ve really meant or heard was [that] ‘a break’ was ‘bad’ and a means to an end."

Scott says anytime we operate from an “all or nothing mode,” we’re operating from our ego and not reality. This made total sense. I knew my boyfriend and I didn’t want to break up and I was secure in believing that. But it wasn’t enough for me to feel comfortable with the word "break."

If you feel similarly, Scott says the key to getting over this idea is to reframe what the word "break" means to you. “To loosen this grip, we can learn how to lean into our heart realm and expand into the possibility of many things,” Scott says. “Taking a break can be a wonderful skill to upgrade the operating system of a person, a couple, and the relationship into a more capable and fulfilling experience.”

When we decided to take a break, my boyfriend and I were seeing each other about four to five times per week. We spent every Saturday together in full, and didn’t go more than one night without sleeping at each other’s places. I saw my best friends on weekends, but I had also totally lost touch with some of my old colleagues who moved on to other jobs — and I couldn’t remember the last time I networked or went to an event to meet other young people in my field.

To get things started, I made two dinner dates with old co-workers I’d been meaning to catch up with. Spending time with people in my field always invigorates me, and I couldn’t remember the last time I thought about my career growth — usually I’d be itching to get out of work to grab dinner with my boyfriend.

By the time my boyfriend and I touched base about our days at the end of each night, I was bursting with excitement to tell him about the connections I had made that day or the latest updates from the friends I had seen. We ended up talking a lot more than I expected to, which made me feel better about the time spent apart.

As we went on with the experiment, we realized more and more that our break wasn’t as big of a deal as we thought it was. I not only felt better about being more in touch with my friends, I felt better about our relationship by giving it space. I was enjoying missing him and enjoyed the idea of him missing me too.

Scott agrees. “Taking a break is a version of self care, not punishment," she says. In the case of my boyfriend and I, this break only made us see our love for each other more clearly. She adds, “In it’s true nature, taking a break is taking a time-out to feel your feelings, listen to your insight and intuition, and decide on what you want to ask for, offer, or both. It can support you in regaining important parts of your life that you also took a break from to make room for a romantic relationship."

When We Came Back Together, The Decision Felt Right

Our break wasn’t for anyone but each other. We didn’t share our plan to spend a week apart with our friends and family and you don’t have to either. Trust yourself to know what you both need to maintain a healthy relationship. If you both ensure the other feels safe and confident in the decision, you can really make some huge strides in your relationship. 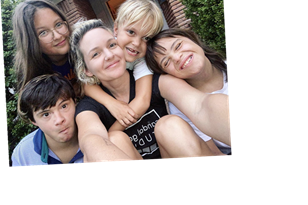 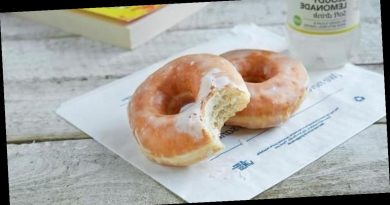