Jordanian director Rama Ayasra’s “Harvest Moon,” a documentary that tells the story of two activists on a mission to bring back the cultivation of wheat and its lost heritage to its original homeland of Jordan, took the top prize in the Pitching Forum of the Thessaloniki Documentary Festival’s Agora Docs industry program, which wrapped March 16.

The award ceremony Wednesday night brought a close to a successful session that saw more than 300 industry professionals taking part both physically and online. “I think it’s the best proof that the industry is ready to be back in business – if it ever stopped,” said the festival’s general director, Elise Jalladeau.

In its selection of “Harvest Moon” (pictured), which is produced by Mariam Salim (New Productions) and co-produced by Asmahan Bkerat, the jury offered its hope that the award “can help the seeds of an idea grow into a beautiful and important documentary.”

“The winning pitch had integrity, a deep affinity to its characters and a clear awareness of the potential social impact of the film,” read the jury’s statement. “It also promised a cinematic language to tell what may appear a small story but is one with global relevance.”

The top prize in the Docs in Progress section, the 2|35 Post-Production Company Award in post-production services, went to “Lesvia, the Herstory of Eressos,” from director-producer Tzeli Hadjidimitriou (Anemos Dimiourgias), which tells the story of the island of Lesvos, the birthplace of the ancient Greek poet Sappho, that has become an often-contentious meeting point for the lesbian community from all over the world.

The jury awarded the film “for the important role it can play in the recognition and preservation of LGBT history, and the inspiration it can provide for generations to come.” “Lesvia” also took home the Onassis Cinema Award, which comes with a cash prize of €5,000 ($5,500).

An emotional Hadjidimitriou told the crowd that the film was a project that she started 10 years ago with the help of the island’s lesbian community. Describing herself as a “double lesbian” – a lesbian born and raised on the island of Lesvos – she added: “I never thought, when I first came out 40 years earlier, that a film like this could be awarded. I hope that this is just the beginning, that we won’t only watch [this story] in the movies, but our world will become better and will be more inclusive to diversity – all kinds of diversity.”

A host of other prizes were awarded to some of the 14 projects selected for the Thessaloniki Documentary Festival’s Pitching Forum.

The ERT – Thessaloniki Pitching Forum Award for a Greek project, which is accompanied by a cash prize of €2,000 ($2,200), went to “Sunken,” from director Dimitris Gkotsis and producer Mina Dreki (Marni Films), a film about the abandoned ships and their toxic cargo that have sunk off the coast of Greece.

The DAE – Documentary Association of Europe Award, which includes consultation and free membership in the pan-European doc organization, was given to “The Floating World,” a film that follows a transgender Japanese man examining his inner demons while navigating the underbelly of Tokyo, from director Fernando Souza, producer Mo Scarpelli (Rake Films) and co-producer Jorge Thielen Armand (La Faena Films).

The Aylon Productions Digital Services Award, which awards digitization by Aylon Productions to the winning project, went to “Super Paradise,” a nostalgic look back at the hedonistic Greek island paradise of Mykonos in the 1970s, from director Steve Krikris, producer Paul Typaldos (Filmiki Productions) and co-producer Dafni Kalafati.

The Beldocs Networking Award, which offers accommodation and accreditation for the next International Documentary Festival Beldocs, was awarded to “Caution, Risk of Falling Exhibits!,” a portrait of the family behind efforts to renovate the Slovak National Gallery, from directors Jana Durajova and Lena Kusnierikova and producers Zuzana Mistrikova, Lubica Orechovska and Arkaitz Basterra (PubRes).

The Mediterranean Film Institute Doc Award, which offers a Doc Lab scholarship of €2,000 ($2,200) as well as accommodation on the Greek islands where the MFI takes place, was granted to “Honeydew,” from directors Marco Bergonzi and Michael Petrolini, producer Simone Catania (Indyca) and co-producer Costanza Julia Bani (Fellonica Film), which tells the story of a California farm renowned for its illegal cultivation of marijuana that comes under threat with the decriminalization of cannabis.

The Agora Docs in Progress section selected 10 projects from Southeastern Europe and the Mediterranean region to participate in closed sessions with industry professionals, sales agents, distributors, producers and festival programmers during the Thessaloniki Documentary Festival. It also handed out the following awards on Wednesday night.

The MuSou Company Award for music and sound services went to “Citizen Miko,” from director Robin Kvapil and producer Martina Strunc (Silk Films), which follows a half-Roma truck driver in the Czech Republic who fights to persuade his country’s politicians to help victims of the migrant crisis.

The Greek Film Center Award of €3,000 ($3,300) went to “#MetiSofia,” by director Vania Turner and producers Onassis Culture, Maria Sidiropoulou and Amanda Livanou, which tells the story of the Olympic medalist Sofia Bekatorou, who sparked Greece’s #MeToo Movement when she sought justice for being repeatedly raped by her coach when she was a child.

Finally, the Neaniko Plano Award, which awards subtitling in English or French to the winning project, went to “The Love Room,” a film that looks into the intimate world of conjugal visits at North Macedonia’s most notorious prison, from director-producer Suzana Dinevski (Suzi Kju Production) and co-producer Vladimir Stojcevski (Award Film and Video). 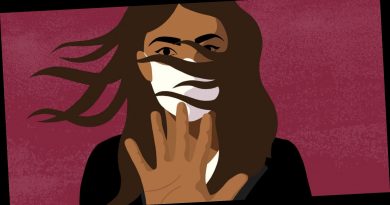 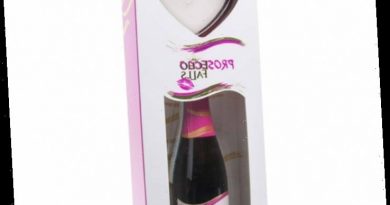