The death of Gabby Petito, the 22-year-old lifestyle blogger who was found dead after she was missing for several weeks, has been found to be a homicide.

The FBI said Sunday it had found what it believed were Petito’s remains near Grand Teton National Park in Wyoming. The coroner’s office confirmed Tuesday that the remains were those of Petito.

Petito’s disappearance made national headlines earlier this month after her fiancé, 23-year-old Brian Laundrie, returned to Florida in his van alone after going on a cross-country road trip with Petito. Social media posts showed the couple traveling across multiple states and snapping selfies of themselves along the way.

Despite social media posts depicting the couple as having a good time, body camera footage released by Utah’s Moab Police Department last week showed the couple had been in a fight on Aug. 12 as they were traveling through Arches National Park.

In the footage, a crying Petito told officers the two had been fighting that morning and that she’d slapped Laundrie. Police separated the two for the night and characterized the incident in their report as a “mental/emotional break.”

After his initial return to Florida on Sep. 1, Laundrie went missing and is now being sought by authorities. The FBI confirmed it was executing a court-authorized search warrant related to the disappearance of Petito at Laundrie’s home on Monday, and authorities are still combing Sarasota County, Florida, for the missing man.

North Port police spokesman Josh Taylor told CNN on Friday: “We’ve been trying all week to talk to his family, to talk to Brian, and … they’re saying now they have not seen their son. So we are working through those details as we speak. It is another twist in this story.” 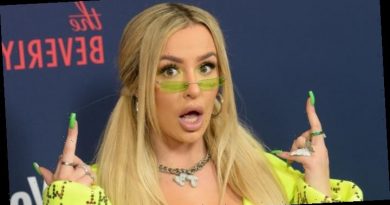 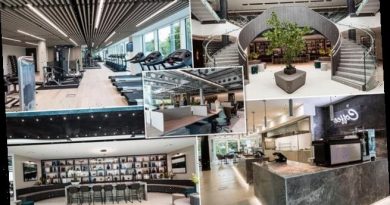 Is this the UK's most luxurious office?