He started out waiting tables while working in his parents’ hotel as a youngster and eventually amassed one of the best wine collections in the country, part of which sold for €385,000 in 2011.

Now, Lady in Red singer Chris De Burgh has let the Sunday Independent in on the secrets of his passion and described how he gradually learned to tell the wine bluffers apart from a seasoned connoisseur.

“Being in the music business for more than 40 years I have had the opportunity to go around the world and in the early years – to the benefit of the record company – they knew I had an interest because I used to be a wine waiter in my family hotel in Wexford,” he says. “So they used to always give me the wine list and I would choose really good wines that I couldn’t afford myself.”

On his tipples of choice he says: “There would be Chateau Mouton Rothschild, Chateau Lafite and Chateaux Latour and great wines from Italy or South Africa. When you tour the world, from Lebanon to Argentina, you come across great wines and it nurtures your interest.” But he adds that these days he usually goes for less expensive wines because people who bluff their way through vintages often make the same mistake: “A wine bluffer often looks down the wine list on the right hand column to the expensive stuff whereas someone who knows what they are doing usually ignores the most expensive bottle and looks for the bargain. That’s what I do now.

“Every wine list has something good lurking in there, it’s just a matter of finding the bargain to be had. People who claim to be wine experts usually only concentrate on the top echelon and miss the really interesting mid-range bottles.”

The singer was speaking as he attended the Dubai Duty Free Irish Derby at the Curragh Race Course yesterday with his wife Diane. He plays Dublin’s Bord Gais Energy Theatre on October 13 and Belfast’s Waterfront on October 15.

Despite his nose for a good price, the Wicklow-based singer – worth €44m having sold 45m albums worldwide – has also savoured some of the world’s best vintages and he promised to leave a special bottle for the prospective buyer of his €12.5m Enniskerry mansion that is currently on the market. Speaking about the popularity of the annual racing event, Colm McLoughlin, the executive vice chairman and chief executive of Dubai Duty Free, said the attraction of the tent was down to the organisers “avoiding formality and letting guests have a pleasant time while wishing them the best in their betting and hoping they win loads of money.

“It makes a good party day.” Keanu Reeves ‘embarrassed’ by the money he’s made, gives a lot away: sources 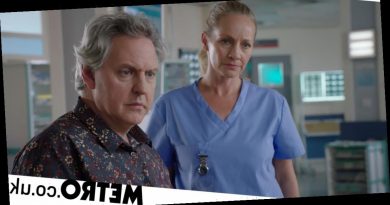 Holby City review with spoilers: Sacha and Nicky in hot water with Max