Britney Spears flaunted her undressed figure yet again in a Thursday Instagram post, leaving very little to the imagination.

“Free woman energy has never felt better 🎀,” the pop superstar, 40, captioned a pair of photos that see her wearing nothing but a white choker and matching knee-high socks.

In the pics, Spears strategically covers her left nipple and nether region with pink flower and heart emojis.

The “Slumber Party” singer — who recently admitted on Instagram that she reads comments and has realized that “people are absolutely hateful” — turned off comments for her latest skin-baring post.

The Grammy winner frequently shared photos of her naked frame last year as she fought to end her controversial conservatorship, established by her estranged father, Jamie Spears, in 2008.

Back in September, after Jamie, 69, was suspended from his role as conservator of Britney’s estate, she celebrated by sharing a series of nude photos from a tropical vacation with her fiancé, Sam Asghari, on social media. 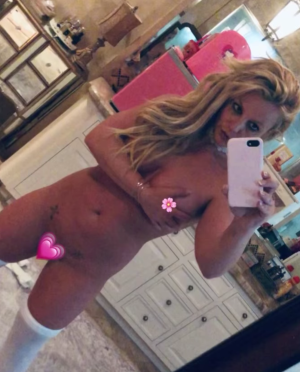 “Playing in the Pacific never hurt anybody !!!!” Britney wrote alongside the snapshots, which also used pink flower emojis to conceal her privates.

Los Angeles Super Court Judge Brenda Penny terminated Britney’s conservatorship altogether in November — a ruling that delighted both the entertainer and members of the #FreeBritney movement, who had advocated for her release for years.

“Best day ever … praise the Lord … can I get an Amen  ????” Britney wrote on Instagram at the time, acknowledging her hard-fought legal victory, adding the remixed hashtag, “#FreedBritney.” 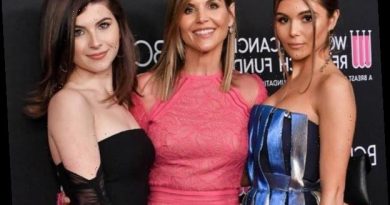 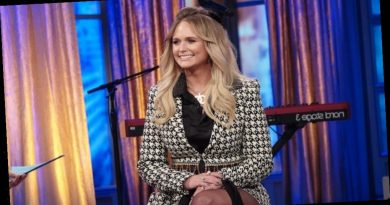 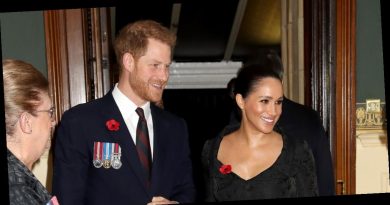