Home » Lifestyle » First NY Coronavirus Patient Released from the Hospital After 53 Days: 'We Needed This Win'

The first known COVID-19 patient at a New York City hospital received the ultimate sendoff after he beat the virus that kept him there for close to two months.

Rodrigo Saval was admitted to New York's Mount Sinai West Hospital on March 7 after contracting the deadly illness. At the time, there were only 76 cases of COVID-19 confirmed in the state, according to WNBC.

The marathon runner from Chile spent nearly half of his 53-day stay intubated as he fought for his life, the outlet reported.

Though there were moments when Saval's prognosis reportedly looked grim, he never gave up — and that determination finally paid off on Wednesday, when he was discharged from the hospital.

In an emotional moment that was captured on video, the hospital staff members lined the halls to applaud Saval as he was being pushed out in a wheelchair decorated with congratulatory balloons.

The celebrations continued outside, where more doctors, nurses, and staff members were waiting to give Saval applause and cheer.

Since Saval was Mount Sinai's first COVID-19 patient, a spokesperson for the hospital tells PEOPLE he held an extra special place in the staff's heart and they couldn't let him go without giving him a proper celebration.

"He meant a lot to all of the staff," the spokesperson says. "Hundreds of people cared for him and his release meant a great deal to our hardworking nurses and doctors."

Jennie Drexler, the ICU Nurse Manager at the hospital, echoed that statement, telling WNBC in an interview: "I think we needed this win and it's such a blessing to see. He's our personal mascot almost!"

Speaking to the local outlet after his release, Saval said he doesn't remember much about his time in the hospital other than the traumatic nightmares he was experiencing.

"It wanted to kill me," he recalled. "I was running all over the place and trying to hide, so it wouldn't get me. That's the only thing I remember."

Saval told WNBC he plans on staying in New York City a bit longer as he recovers from the virus and undergoes rehab treatment. When he is healthy enough and able to do so, he said he hopes to return home to Chile and see his family.

Saval's release also marked the hospital's 500th coronavirus patient to be released, according to WNBC.

As of Friday, there have been over 1 million cases and 63,109 deaths attributed to coronavirus in the United States, according to the New York Times. New York currently leads the country with at least 309,696 cases and 23,616 deaths, the Times reported. 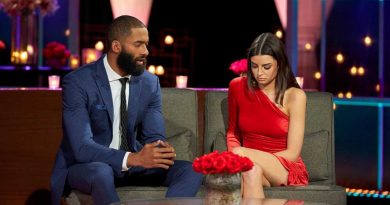 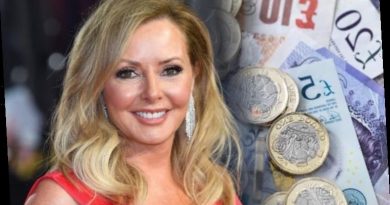 Carol Vorderman net worth: Pride of Britain host is worth almost £20 million 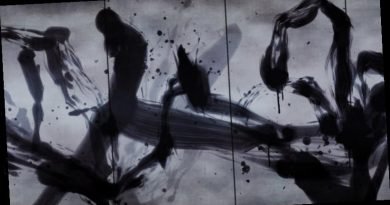 With light as our paint, anything can become our canvas, says teamLab