“There’s so much to see and do in Arous,” read the brochure for a Sudanese vacation spot where visitors could go scuba diving amid reefs “made famous by Jacques-Yves Cousteau and Hans Hass.” Never mind that Sudan was in a state of civil war, and no place for tourists in the early 1980s. European tourists came anyway, oblivious to the fact that the exotic getaway — rechristened “The Red Sea Diving Resort” for the Netflix film of the same name — was in fact a front for a Mossad-run rescue mission: Israeli agents used Arous to smuggle Ethiopian Jews out of refugee camps to the coast, where offshore boats could ferry them to Jerusalem.

The true story of this operation is so wild you couldn’t make it up — the kind of recently declassified real-life operation that savvy producers could conceivably pitch as a cross between Ben Affleck’s “Argo” and Steven Spielberg’s “Munich.” The film, on the other hand, is a bust, reducing this liberally fictionalized real-life adventure to a series of petty squabbles among super-hot foreigners. American audiences typically adore “white savior movies,” but this one pushes the stereotype to such an extreme (picture Chris Evans and “Game of Thrones” hunk Michiel Huisman as ripped Jewish heroes, swooping in to save the day), it’s impossible to ignore how badly the film marginalizes the courageous Ethiopian refugees about whom it purports to care so deeply.

One can tell from the opening scene — in which Evans swoops in at the last second to save a lost Ethiopian boy, moments before a vicious African warlord has the chance to shoot the unarmed child — what kind of movie “The Red Sea Diving Resort” will prove to be. Evans is playing Ari Levinson, an admirably reckless Secret Service agent who refuses to leave a single person behind. Ari is fully committed to Israeli prime minister Menachem Begin’s goal of repatriating (if that’s the word) the surviving members of Beta Israel, an isolated community of Ethiopian Jews whose history no one quite knows, but whose future was seriously endangered by persecution and famine at the time.

In writer-director Gideon Raff’s grossly oversimplified script, it is Ari who hatches the wild idea to lease an abandoned hotel along the shores of the Red Sea, where Ethiopian Jews who’d made the dangerous trek to Sudan could be smuggled out of the country. At the time, Sudan was actively hostile to the State of Israel (it was there, in 1967, that the Arab League resolved “no peace with Israel, no recognition of Israel, no negotiations with it”), so such a plan would have to be carried out by individuals with no obvious ties to the country. Hence a cast of the most goyish-looking actors you can imagine: Evans, Huisman, Haley Bennett (who plays a stewardess with a mean chokehold) and Alessandro Nivola (a field doctor whose primary function is to second-guess Ari’s semi-improvised plans).

Back in Israel, the team answers to Ben Kingsley, who could play this kind of skeptical taskmaster in his sleep, and Mossad boss Barack Isaacs (Mark Ivanir), who shouts a lot, clenching and unclenching his fist dramatically during extractions from a control center far removed from the action. Meanwhile, back in Africa, the toughest work clearly falls to the local guides who led the perilous Jewish exodus from Ethiopia to the Gedaref Refugee Camp. Raff composites all these heroes into a single character, Kabede Bimro (played by Michael Kenneth Williams, Omar of “The Wire”), the film’s only non-white ally of note.

Told in heavy-handed, pseudo-Spielbergian strokes, the story here is clearly being presented through the lens of Israeli heroism, and there’s no diminishing the enormous risks the characters’ real-life counterparts took to rescue thousands of lives. But it doesn’t take much to recognize that the story is far more interesting when viewed from Kabede perspective: Here was a modern-day Moses leading a persecuted people to the Promised Land. And even though Ari claims he won’t leave anyone behind, it is Kadebe who must repeatedly convince him to keep going when obstacles arrive. In the best-case version of this story, this part would warrant an Oscar-worthy performance, whereas Williams can’t make much of the one-dimensional role, playing him as yet another victim in need of saving.

But saving from what exactly? On that count, the movie is distressingly unclear, inventing a menacing Sudanese army officer, Col. Abdel Ahmed (Chris Chalk), to personify the danger. Because the United Nations offers aid money for each refugee, the colonel is motivated to keep the Ethiopian Jews imprisoned at Gedaref, becoming increasingly agitated as hundreds disappear from the camp. Why then would he execute dozens of their kind, knowing it would cost him this incentive, while almost surely attracting the scrutiny of the American ambassador (Greg Kinnear)?

Raff’s script proves so sketchy on the historical situation that audiences will be hard-pressed to summarize the strange dynamic the film depicts, focusing instead on the absurdities encountered along the way — like the scene where they bribe a local official while his boss can be heard executing his political enemies just offscreen. Considering how different the customs are in this part of the world, many films assume an almost satirical approach when confronting the lawlessness and corruption found there, evident in everything from Bryan Buckley’s irreverent “Pirates of Somalia” to Mads Brügger’s outrageous “The Ambassador.”

Bizarrely, Raff’s film never strikes a consistent tone, awkwardly switching styles — of acting, shooting and score — every few scenes. (For example, Bennett’s introduction, in which she subdues a fellow flight attendant who harasses her on the job, plays like a corny B-movie unto itself.) Even the scene transitions vary, as if editor Tim Squyres were determined to try every option Final Cut offers, from vertical blinds to horizontal wipes. But the real mystery is how the pair wound up with a 130-minute film that focuses primarily on a running disagreement between Evans’ and Nivola’s characters, while never adequately representing the political situation that necessitated such an elaborate operation. It’s as if somewhere along the way, they decided audiences don’t care nearly as much about the Ethiopian Jews as they do seeing their white saviors shirtless. 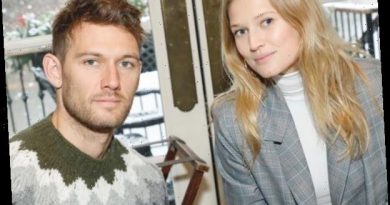