Though she’s been a member of the British royal family for almost 10 years, Catherine, Duchess of Cambridge is finally stepping into the spotlight. After she and Prince William wed in April 2011, the Duchess of Cambridge eased into her royal duties. In fact, it has been reported that Queen Elizabeth II was less than impressed with Kate’s work ethic.

That has changed drastically in the past couple of years. Kate has been increasingly busier, focusing on early childhood education and development. Though she is devoted to her own children, Prince George, Princess Charlotte, and Prince Louis, the duchess is also making sure to use her voice and platform for children who may not have the same support.

Following Megxit, Kate’s duties and responsibilities have increased ten-fold. As she prepares for her role as the future Queen Regent, Kate is also switching up her style, including her signature bouncy hair.

Since she had dated Prince William for nearly 10 years before they got married the press and public already had an image of Kate before she became the Duchess of Cambridge. She even tried to get people to call her “Catherine” but it never stuck.

“With Prince William’s engagement now a surefire certainty (even Ladbrokes has stopped taking bets on whether it will happen after a flurry of well-placed wagers) there are intriguing signs that Kate Middleton is preparing for her future role,” journalist Adam Helliker told Sunday Express. “It looks like she’s taking it very seriously indeed too. I hear that in the past few weeks the former accessories buyer has quietly informed friends that she would like to drop the informal ‘Kate’ and in future wishes to be known by her full name: ‘Catherine.’”

RELATED: Every Move That Kate Middleton and Prince William Make Is Being Watched Carefully by Queen Elizabeth

Since she married Prince William, Kate has always been known for her effortless, casual, “girl-next-door” style. However, in recent years, the duchess has moved toward a more modern and edgy look.

These days, Kate has been spotted wearing everything from polka dots to puffy sleeves, trends she’s stayed away from in the past. As her style has shifted and her duties have increased, many royal experts believe that Kate is preparing herself for who she is destined to become.

“Kate’s view is that Queen, country, and family come first,” an insider told The Sun. “She is very clear on her priorities and the values that guide how she lives and works.”

The duchess is known for her signature bouncy blow dries. However, a recent Zoom call showed her sleek straight hair. The new-look was super noticeable and had fans talking about it almost immediately. Hairstylist James Johnson believes the duchess may be seeking a more manageable look amid quarantine.

“Kate is a hair icon globally, she’s known for her bouncy hair, but ability-wise, her more textured and bouncier looks are harder to recreate at home,” he told FEMAIL. “So this side-parted style is perfect for someone who has less hairstyling skills. Whilst being soft, and therefore easier to style herself, this hairdo also carries on her sophisticated look, even in lockdown.”

The look also gives her that regal appearance she’s been wanting, especially she has apparently lightened her hair as well. “The side-parting helps open up her face, showing off her amazing cheekbones,” Johnson explained. “It also a handy trick for covering solid regrowth lines exposed in the middle.” 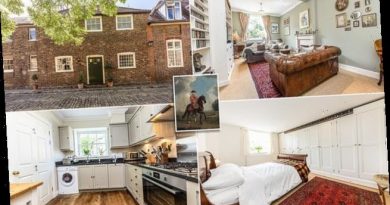 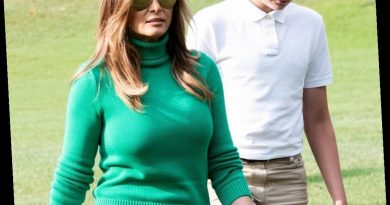 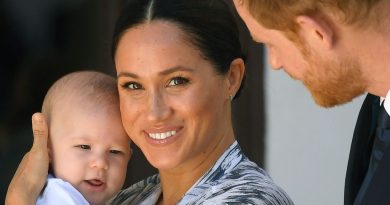