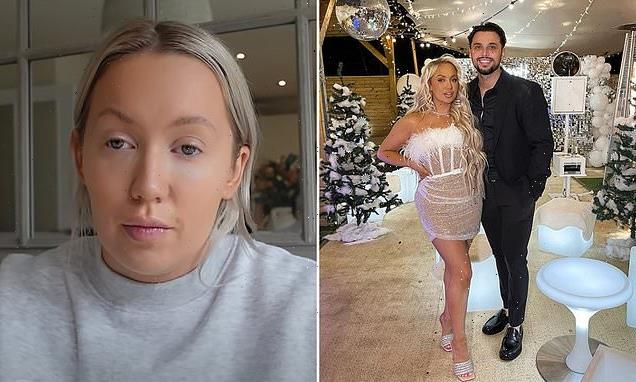 An influencer who lost more than 100,000 followers after racist tweets she sent as a teenager emerged has been dropped by her agency.

Elle Darby, 26, from Wiltshire, who launched her own clothing brand on the back of her success as a social media star, sent tweets where she called foreigners ‘meatheads’ who ‘speak in grunts’, and said she ‘hates Polish people and Indians really’.

The tweets, sent in 2011, emerged last week. Her boyfriend of seven years Connor Swift also posted racist tweets in 2012 including one that said: ‘Looking like a black man after work, through all the dust I collected’.

Now the couple have been dropped from their agency, Gleam Futures, who say they are want ‘talent that align with their values’. 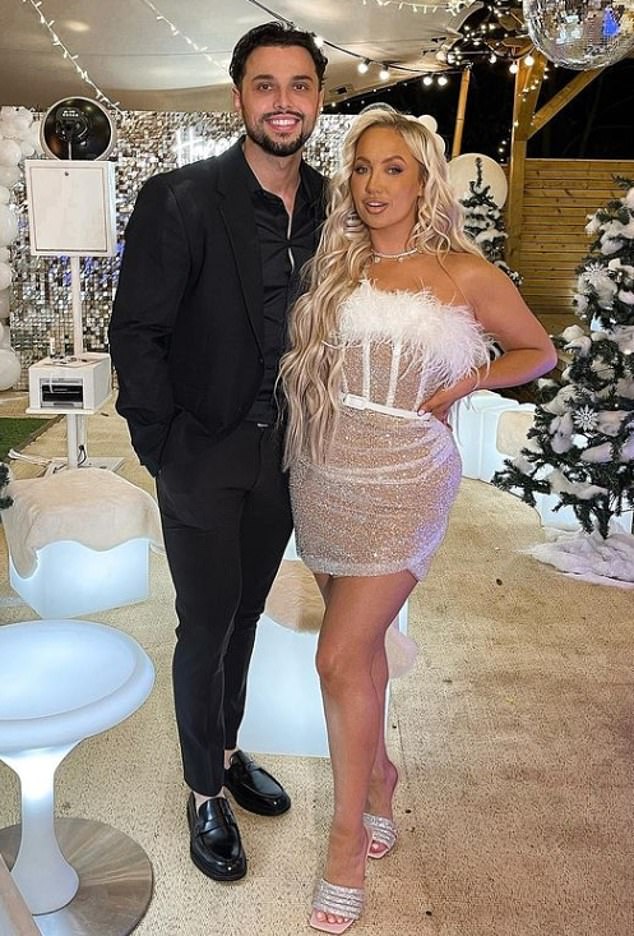 Elle Darby, 26, from Wiltshire, who launched her own clothing brand on the back of her success as a social media star, sent tweets where she called foreigners ‘meatheads’ who ‘speak in grunts’, and said she ‘hates Polish people and Indians really’. 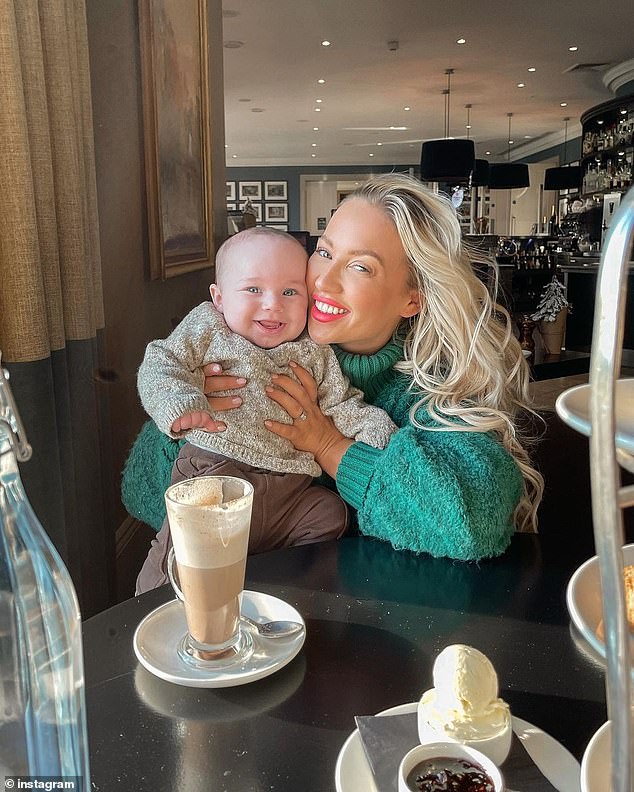 The couple have been dropped from their agency, Gleam Futures, who say they are want ‘talent that align with their values’. Elle is pictured with her child

A spokesperson told FEMAIL: ‘At Gleam Futures, our mission is to be a driving force for a culturally progressive and diverse industry, offering leading-edge representation for talent that align with our values.

‘In light of recent events, we have therefore made the decision to no longer represent Elle Darby and Connor Swift.

An insider added: ‘As soon as this came to light, Gleam reviewed the situation and looked carefully into the whole issue but ultimately made the decision quickly that they could no longer represent Connor and Elle.

‘Diversity is something that the company and all of the staff are extremely passionate about.’

Following the emergence of the tweets, Elle published an apology video on her YouTube channel – but some fans have suggested that the influencer comes across as ‘insincere’ and ‘irritated’ in the three-minute clip.

Before the tweets were published, Darby enjoyed more than 785,000 Instagram followers but the social media star now has 716,000. On YouTube, a subscriber count of 611,000 has now dropped to 585,000. Comments are currently turned off on the influencer’s platforms. 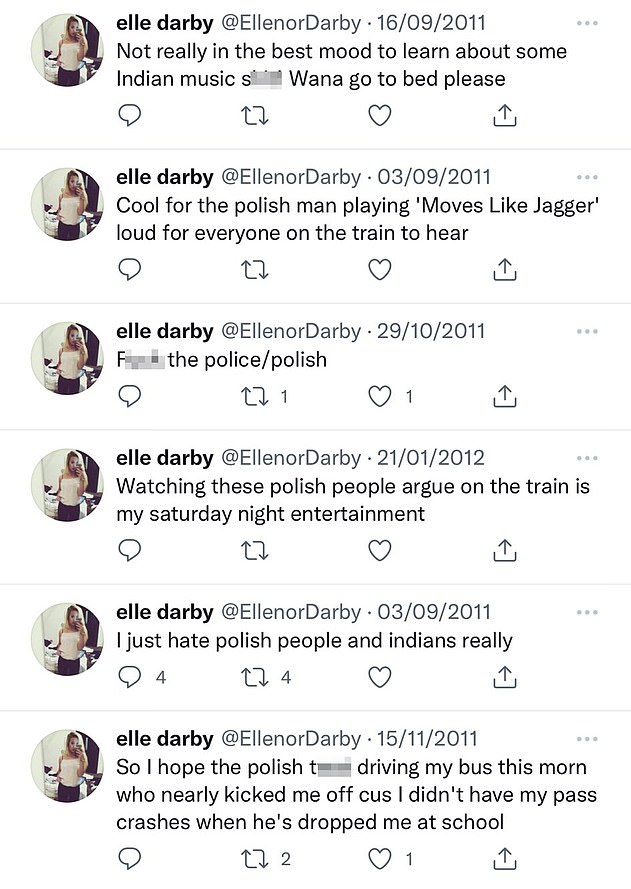 Ms Darby apologised in a three-minute video for the tweets, saying she feels ashamed of her historic posts, adding that she wants to ‘take responsibility’ for her actions’

Darby’s name trended on Twitter after disappointed fans watched the video, with many saying they were less than convinced by it.

@xjodyhayton_ wrote: ‘I’ve always loved Elle Darby but more and more tweets are being leaked now and each one is worse and worse! I don’t I’m the only person who is disappointed, regardless if it was 10 years ago.’

@georgiahwo added: ‘Seeing those Elle Darby and Connor tweets actually made me so upset. I was not a perfect teen, neither any of my friends but never did racism, fat shaming or derogatory terms leave our mouths. I’ve noticed a lot of influencers are the same with resurfaced tweets. Disappointed.’

@bendingtheruIes penned: ‘The whole Elle Darby & Connor Swift situation makes me so angry & upset. Angry at how they thought it would be okay to tweet such despicable things. Upset that I spent yrs looking up to them as they were my comfort YouTubers. Disappointed & enraged doesn’t even cover it right now.’

@KatieRB99 added: ‘Considering I thought Elle Darby was one of the most genuine people I watched for years. Her apology video which shows no remorse or genuine apology proves otherwise. I won’t send her hate as that makes me part of the problem, however I’m sad she’s not the person we looked up to.’

One screenshot posted online appeared to show him tweeting: ‘Looked like a black man after work, through all the dust I collected. #StillLookedhot.’

He told his 175,000 followers: ‘I’ve learnt now more than ever before that the words we use are so beyond powerful but I will show that my actions will forever speak louder moving forward. I want to make it clear that I am sorry, to everyone my tweets have affected and caused pain upon.’

In 2018, Darby hit the headlines after she wrote to Paul Stenson, the owner of the White Moose Café and Charleville Lodge Hotel in Dublin.

She asked about a ‘possible collaboration’ involving free accommodation for her and Swift, who were planning to visit for an early Valentine’s Day weekend.

But her note was greeted with disdain by Mr Stenson, who not only poured scorn on the request but also posted the exchange online – and vowed to ban bloggers from his hotel. 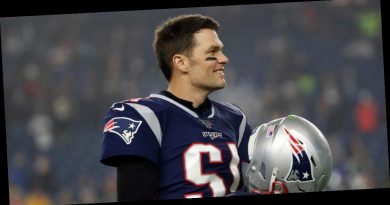 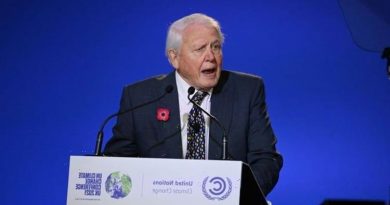 David Attenborough at COP26: Were in trouble – the stability we all depend on is breaking 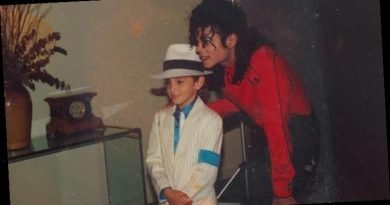