Victoria should celebrate record vaccination rates as much as “doughnut days” of zero COVID-19 cases, experts say, as the Delta variant makes it more difficult to eliminate community transmission.

On Wednesday, the state recorded its first day without a case of COVID-19 since July 13, prompting a wave of doughnut day celebrations that recalled the revelry when Victoria’s second wave was crushed.

Premier Daniel Andrews welcomed the news by simply tweeting the word “zero”, while Chief Health Officer Brett Sutton posted an image of the infamous celebration by Ariarne Titmus’ coach at the Tokyo Olympics. 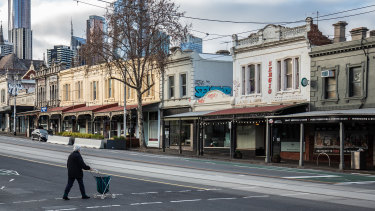 North Melbourne was quiet on Saturday with Victoria in its sixth lockdown. Credit:Scott McNaughton

The joy was shortlived, however, as a new case of COVID-19 emerged in the community later that day. By Thursday evening, Victoria was beginning its sixth lockdown. On Saturday, there were 29 new cases, then a further 11 on Sunday.

Professor Gregory Dore, an epidemiologist at the UNSW Kirby Institute, said that Victoria had done a “phenomenal job” to get back to zero daily cases after all of its outbreaks, including the large second wave.

However, he said that the Delta strain had changed the situation because it was making it so much harder to test, trace and isolate infectious cases to sustain elimination.

“It is feasible that Victoria could return to zero transmission,” he said.

“But what these outbreaks are demonstrating is that there will no longer be prolonged periods of zero transmission in major parts of Australia. Thus the goal absolutely shifts to accelerated vaccine uptake to attain high levels of coverage.”

On Saturday, NSW recorded 89,499 vaccinations, while Victoria had 50,115 jabs – the state’s highest since the middle of June. Just under 22 per cent of Victorians over 16 are fully vaccinated.

Professor Dore said that vaccine hesitancy in Sydney had “fallen off a cliff” during the recent outbreak.

“Ultimately we will look back at these outbreaks as the time that Australia got serious about the urgency of vaccine uptake,” he said.

NSW has surged ahead of Victoria in vaccinating its population in recent weeks as it battles an outbreak that is infecting hundreds each day, leaving dozens in intensive care units.

At the beginning of July, both NSW and Victoria had administered around 2.3 million doses of COVID-19 vaccine. Since then, NSW has reached 4.4 million doses while Victoria sits on 3.6 million.

Infectious diseases expert Professor Robert Booy from the University of Sydney said that the idea of celebrating one-off “doughnut days” was dangerous because they often did not give a true picture of the situation.

In the case of Victoria’s latest outbreak, Professor Booy said that those who later tested positive for the virus were already infected when the doughnut day was being celebrated.

“People let their guard down and get complacent when zero days happen, all of which the virus loves to help it transmit,” he said. 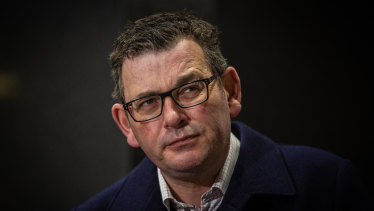 Premier Daniel Andrews says that “zero cases” in total is not the aim. Credit:Scott McNaughton

“Keeping ahead of this particular Delta virus is an extreme challenge, no one should take anything for granted.”

Vaccine expert Professor Julie Leask from the University of Sydney school of nursing and midwifery said that Delta was forcing a change in messaging from public health authorities.

“You can see the NSW premier becoming more and more desperate in her pleas for people to get vaccinated because she knows it’s a major part of coming out of lockdown,” she said. 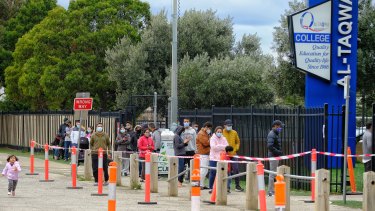 A testing and vaccine centre at Al-Taqwa College in Truganina on Friday.Credit:Luis Ascui

Professor Leask said that governments needed to back up their rhetoric by making it as easy as possible to get vaccinated. She said Victoria should open up AstraZeneca for under 40s at state-run hubs as soon as possible.

“For someone who’s just starting to pick up enough motivation, a very convenient vaccination system, where you can drop in without a medicare card, is the best way to smooth the path,” she said.

Australian Medical Association president Dr Roderick McRae said that it was important to acknowledge the win of achieving zero transmission. However there should also be a focus on vaccination uptake, he said.

“There’s no question, it’s an exciting win when you have the double doughnut day (of no cases and no deaths) but don’t over party. Doughnut day does not guarantee anything for tomorrow.”

Premier Daniel Andrews said on Saturday that the aim was to have zero cases potentially infecting others in the community, rather than zero cases in total.

“So a doughnut day, always terrific, but…you can have four or five or even 20 cases, if they were all tucked away from other people, isolating, no risk of public health, and they can’t have given it to anybody else and that’s as good as a zero day,” he said.

“We’re some way off that, given the number of cases that we’ve got at the moment, but we’re all working as hard as we can to drive it back down and drive it into [isolation], if you like.”

“That’s what’s driving the fact this is being rationed,” he said.

Liam Mannix’s Examine newsletter explains and analyses science with a rigorous focus on the evidence. Sign up to get it each week.

Gwyneth Paltrow gets snatched with help from Kim Kardashians Skims 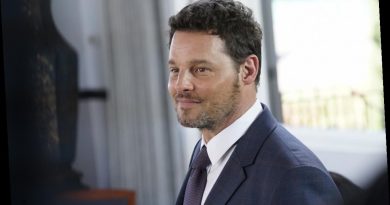