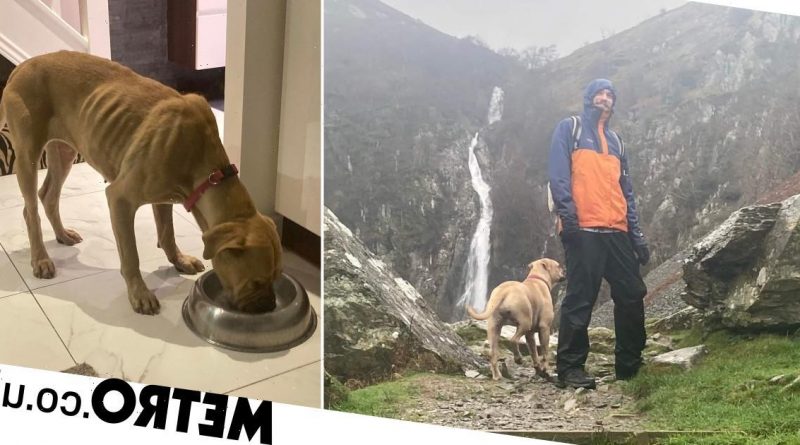 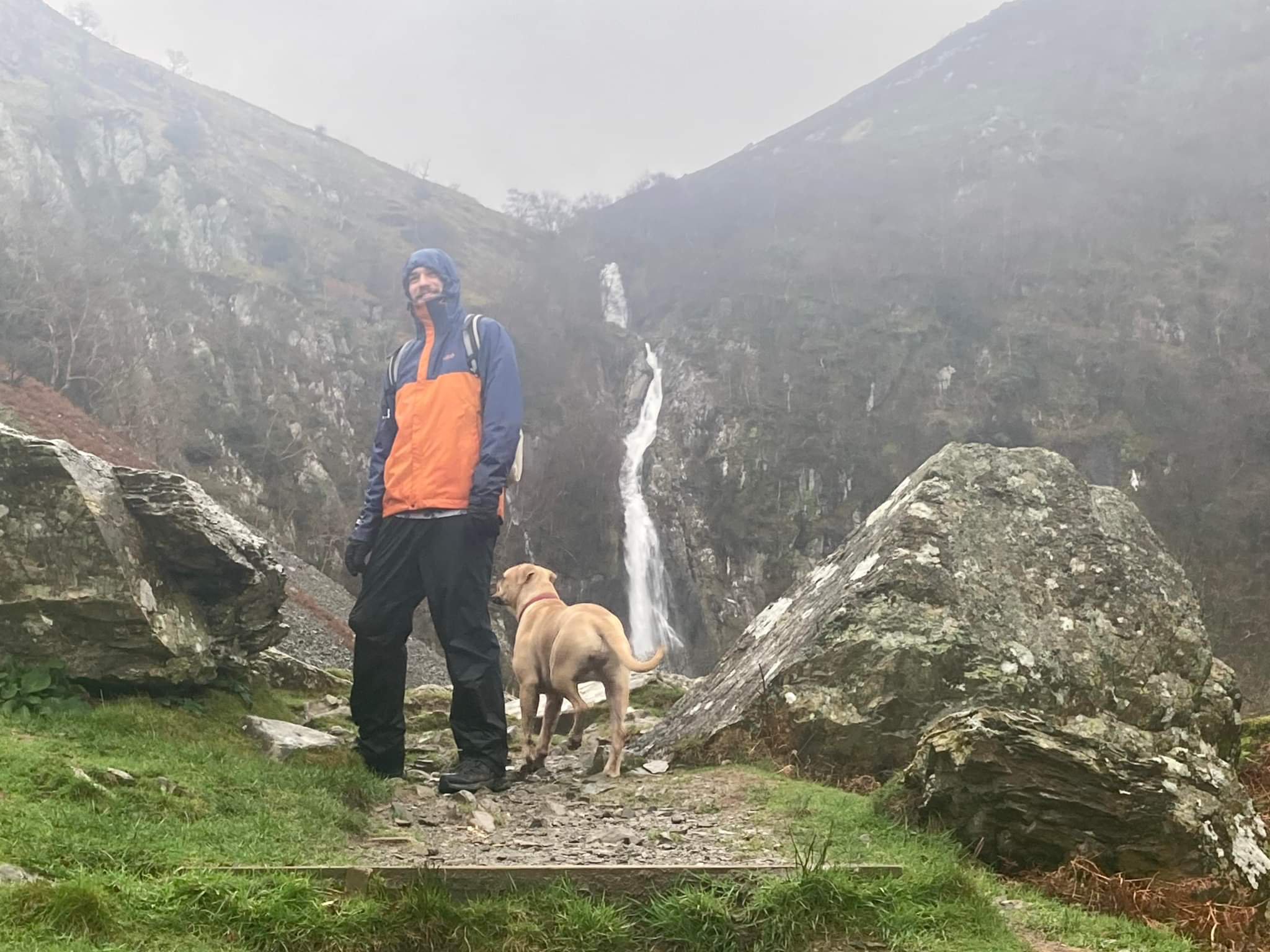 A family is over the moon as their miracle dog survived for two weeks alone in the brutal Welsh mountains after vanishing on a walk.

Patrick Tkaczyk was on holiday in Snowdonia with his mum, Natalia, and dad, Robert, just after Christmas when their much-loved dog, Roach, ran off.

Factory worker Natalia said she was convinced her pet was ‘done for’ and could do nothing but sob, ‘powerless and broken’ as she pictured Roach alone, lost, and afraid.

But incredibly, after wandering in the mountains for 12 days, she picked up the scent of some of her owner’s clothes left in the spot she had vanished from.

Thanks to a change in the wind, she was able to follow the familiar smell back to the starting point, where she was spotted by a walker and returned to her owners.

Patrick, 25, and his parents rented out a cottage in the picturesque national park in north Wales for three days, bringing Roach – who had been adopted as a puppy the previous year – along.

They bought their beloved one-year-old bullmastiff Roach, who Natalia and Robert had adopted last Christmas as a tiny puppy.

However, their family trip away from their respective homes in Sheffield and Durham turned into a nightmare when the one-year-old bullmastiff vanished on top of a mountain, half-way through a family hike.

The pup was not seen for a gruelling 12 days, as her family and a group of hero local volunteers – organised through lost dog group Drone SAR For Lost Dogs UK – combed through the valleys, quarries and crags to find her.

Hope was almost completely lost when the body of a dog who was a similar size and colour to Roach was pulled from a creek – although it wasn’t her.

PhD student Patrick explained: ‘It was really foggy and rainy that day, we were walking single file up this hill and the dog was in front of us.

‘Mum asked me from behind “can you see the dog, is she there?” I turned around to tell her yes. I looked back and she was gone. It was literally three seconds.’

Because the terrain of the mountain features hills, elevations and rocks, it was easy for Roach to disappear behind something.

‘And with the fog and wind, it was really hard to see and hear,’ added Patrick.

He said that ‘excitable and curious’ Roach loves to follow other living creatures and sniff them out – and the family think she may have wandered off after a sheep roaming the hilltop and become lost.

The family searched tirelessly for around three hours in the horrific conditions before eventually admitting defeat as it began to get dark.

Natalia said: ‘I didn’t know the terrain at all and was certain there’s a deep bog nearby, which she could fall into. All I could see around me were rocks, cliffs and full rivers.

‘With all those dangers around me I kept on imagining everything that could have gone wrong.

‘To me, she was a sweet and helpless puppy. I was in shock and hysteria, and unable to think straight, unable to sleep I cried until the morning. I only blamed myself for lack of imagination and not seeing the potential dangers of that walk.’

Patrick reached out for help on Facebook and dog lovers volunteered to search for Roach, both in person and using drones.

As time went on, though the family had extended their stay in the area, they were left with no choice but to travel home with Roach still missing, as Patrick needed to get back to his studies at Durham University and Natalia and Robert were scheduled back at work.

But Natalia said the enormous response to online pleas helped to ‘bring back my hope that she’s alive and will be found’.

She added: ‘My shock would slowly clear and I would regain the strength to fight for her.’

Searcher Nia asked Natalia to come back to Snowdonia in January and to bring unwashed clothes (‘the dirtier the better’), as well as Roach’s favourite food and toy.

The group left the items in the spot where the pup was initially lost, then all they could do was wait.

Nia commented: ‘I was thinking if she is alive now, it’s going to be a complete miracle…

‘I just really hoped and prayed that she was found safe.’

Incredibly, on Monday January 9, a walker discovered Roach healthy and alive, although she had lost a lot of weight.

She was returned to her grateful owners and brought round to Nia’s house for lots of treats and snuggles as the family and friends ‘sobbed.’

‘I was just like woah, that is really amazing,’ added Nia. 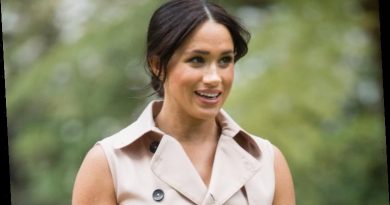 How Meghan Markle Knew Her Lavish Baby Shower Would Cause Uproar

Chris Rock back from the dead after battling COVID-19 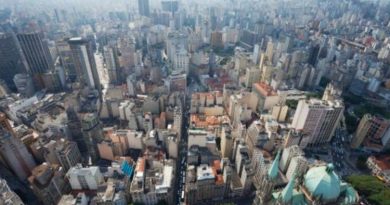 Sprawling cities could threaten the survival of 850 species of animals