Diplo is facing the music after live streaming Joe Jonas and Sophie Turner’s Las Vegas wedding for the world to see.

The star, 40, attended the couple’s second round of “I dos” in France on Saturday, but joked that his phone had been confiscated in order to keep this wedding a little more private.

“This is the only photo I got from Joe and Sophie Turner Jonas wedding because they took my phone from me and put in a holding cell during the ceremony. Heard it was lovely tho,” he wrote on Instagram alongside a photo of him in a black suit walking down a set of stairs in Avignon, France.

On May 1, Diplo let the world know that Jonas, 29, and Turner, 23, were married in a chapel wedding immediately following the 2019 Billboard Music Awards, thanks to a live stream video that documented everything from her walk down the aisle to their vows.

This is the only photo I got from Joe and Sophie Turner Jonas wedding because they took my phone from me and put in a holding cell during the ceremony . Heard it was lovely tho 🥰

Diplo said earlier this month he only recorded the night’s festivities because he had no idea the wedding was the real deal.

While Jonas and Turner have both said they found the live stream funny and it’s clear there are no hard feelings, both did seem to express disappointment that their private moment was broadcast for millions of people to see.

“It’s tricky [to keep secret] when people live stream it,” the Game of Thrones actress told Net-a-Porter’s PORTER edit. “It would have been better if no one had known, but I actually think it was funny.”

Turner continued: “Maybe [we wouldn’t have kept it secret] forever. I think at some point I would have had to stop saying ‘fiancé,’ but yes, I would have kept it a secret. Marriage is a private thing between two people and I think that’s how it should always be. It’s not about the dress, it’s not about the food. It’s about being husband and wife, and being dedicated to each other forever.”

“I love Diplo. But he loves his ‘gram more than a 13-year-old. He posts every five seconds,” he said on Capital Breakfast with Roman Kemp. “He literally live streamed with dog face filters.”

The musician continued, “We loved it, we thought it was ridiculous. I just love that he walked into the chapel and was like, ‘Going to hit this wedding real quick.’”

The couple, who were engaged in October 2017, were married Saturday at a château in France.

This article originally appeared on People. For more stories like this, visit people.com. 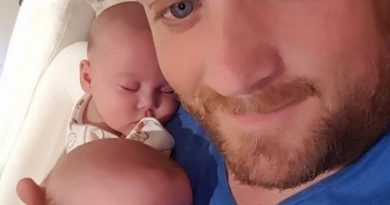 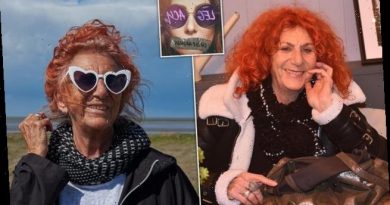 Is Legacy Times the new Girl on the Train? 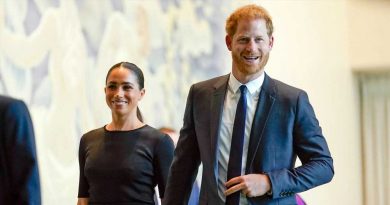