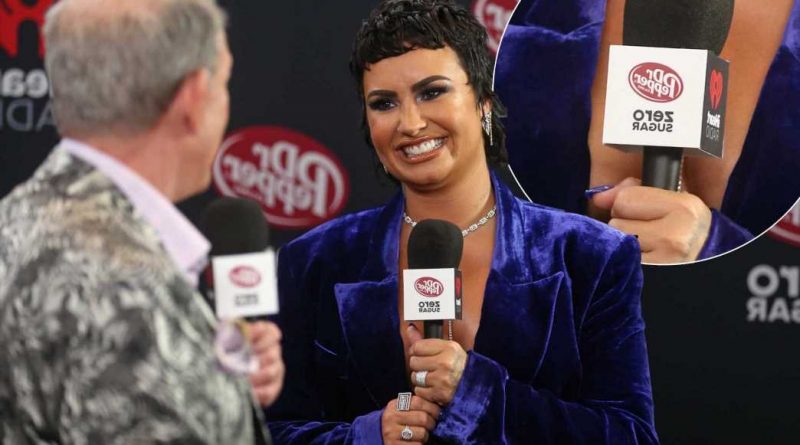 Demi Lovato comes out as non-binary

What is Raya? 15 celebrities on the exclusive dating app

Demi Lovato is in hot water with fans over a recent photo of the star holding a Dr. Pepper Zero Sugar-branded microphone — just a month after the singer went to war with a frozen yogurt chain over its “triggering” sugar-free offerings.

One critic on Twitter — who did not use Lovato’s preferred they/them pronouns after the performer recently came out as nonbinary — pointed out that Lovato “sure is ok with attacking diet culture unless the diet culture lines her pockets” and encouraged their fans to “stop trying to defend an unhinged adult woman.”

Another chimed in, “Oh the irony…holding a microphone with Dr Pepper zero logo after she tried to destroy a frozen yogurt place for having sugar free options.”

“Lol so NOW she can pose with a zero sugar drink?” another tweeted alongside the speak no evil and thinking face emojis.

Lovato was photographed holding the mic during an interview at the iHeartRadio Music Awards on May 27.

A rep for Lovato explained to Page Six on Wednesday that “Demi was doing a promotional stop for the awards show as a good partner to iHeart.”

“They’ve apologized for comments made weeks ago and have moved on to focus on their cause work in the area of eating disorder awareness and Pride.” 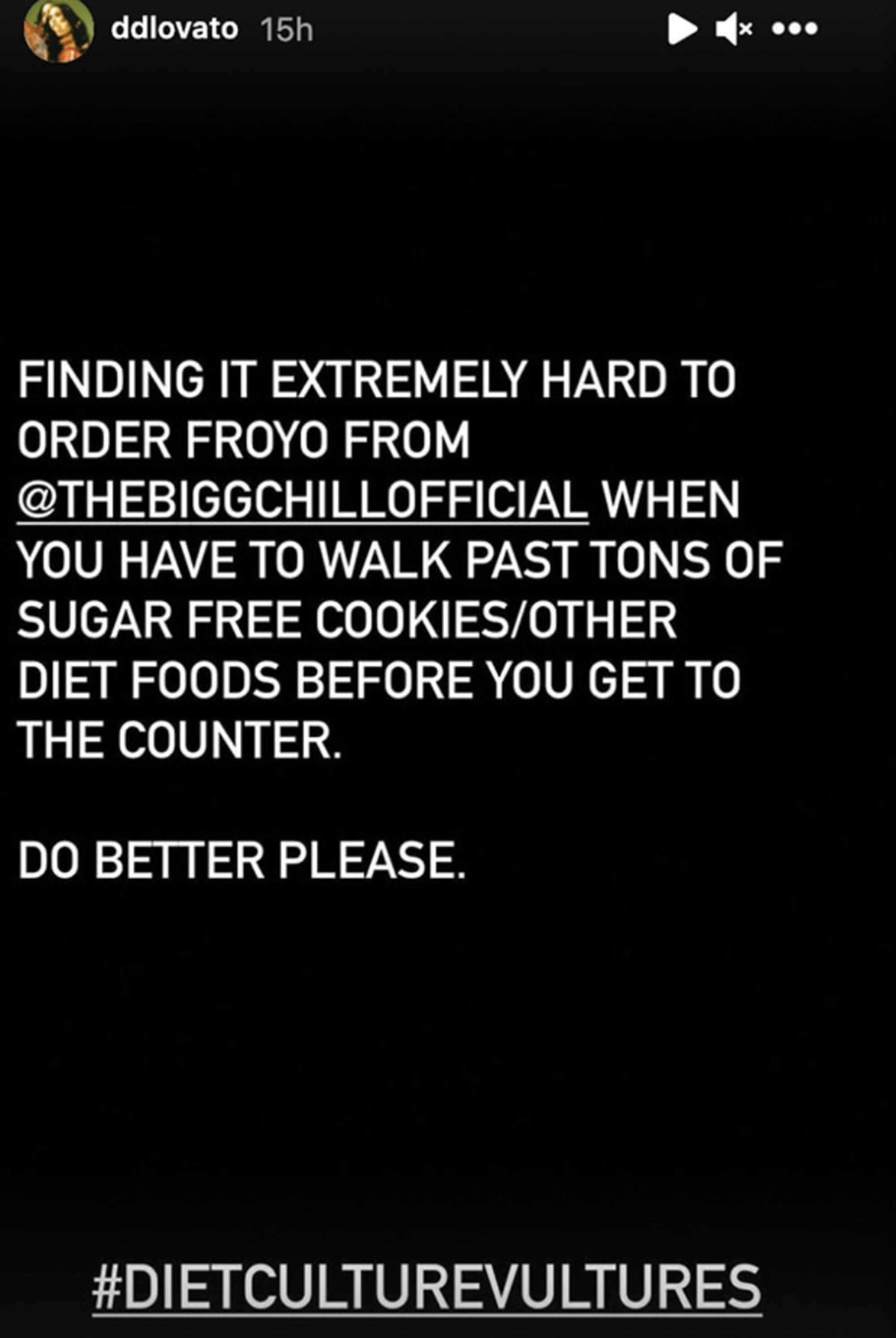 The “Cool for the Summer” singer, 28, is known for speaking out against diet culture and blasted a local Los Angeles-based frozen yogurt shop, The Bigg Chill, in April for carrying sugar-free varieties of their products, saying it was “triggering” while recovering from an eating disorder.

“Finding it extremely hard to order froyo from @thebiggchillofficial when you have to walk past tons of sugar free cookies/other diet foods before you get to the counter,” Lovato wrote on their Instagram Story at the time. “Do better please.” 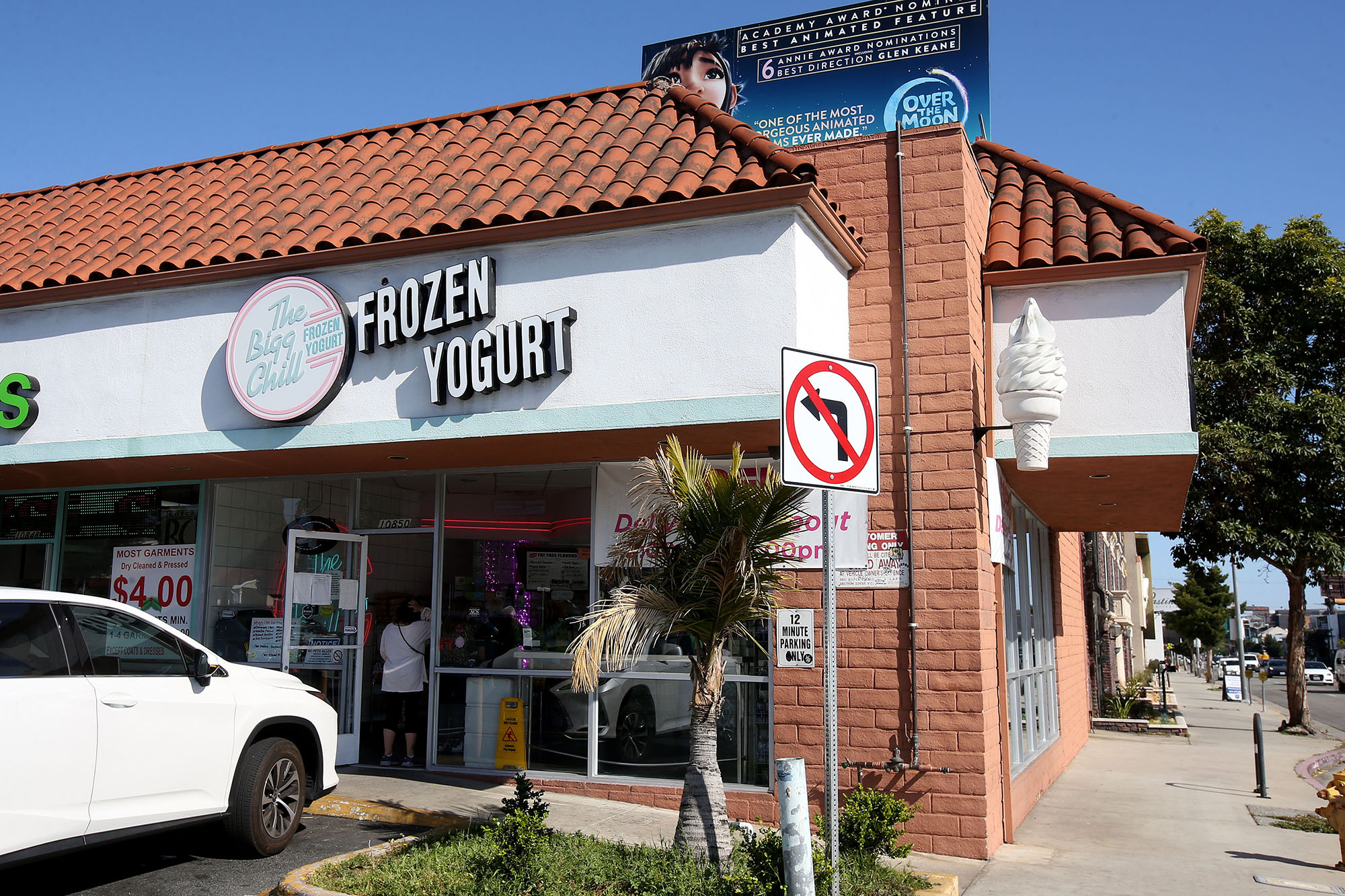 The “Dancing With the Devil” documentary subject eventually apologized for their outbursts aimed at the shop after claiming to have been “gaslit” by the media over the snafu.

More recently, Lovato asked fans to stop complimenting them on any weight loss because it was a trigger. 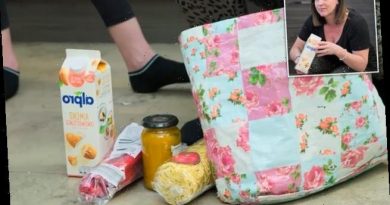 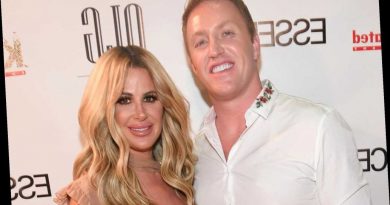 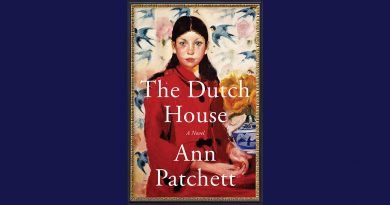