Home » Lifestyle » Dear Lala, my boyfriend is friends with his ex – but Im suspicious…

In a new twist on Lalalaletmeexplain's hit column, readers ask for her expert advice on their own love, sex and relationship problems

Here, she offers advice to a woman whose boyfriend is still friends with his ex – and seems to be hiding something…

Are you an OK! VIP? If not, why not? It’s free and gives you backstage access to stories like this, exclusive home tours, special discounts and so much more! All you need to do is pop your email address below! P.s. if you’re already seeing this article in full, congrats – you’re already on our guest list!

My boyfriend is friends with his ex – they were together for six years and have been separated for around two. As far as I know, they ended things because she decided she wanted to be single. I have been with him for 10 months. Over the last couple of months, I’ve grown increasingly uncomfortable with, and suspicious of, their relationship. My boyfriend has assured me that they are totally platonic.

We were out for drinks one evening last week and I noticed that she was calling him which I found odd. He reassured me that they only ever have a brief catch up once every couple of months.

Then, a few nights ago I saw messages pop up from her on his phone so I read them (I couldn’t ignore my gut), I also looked through their previous messages and discovered that she had been to his house a few months ago to visit (she lives on the other side of the country) and in the last month there were multiple messages from her along the lines of “Is now a good time to call?” “Can I call you now?” and “Sorry I missed your call, is it OK to call you back now?”

He has also sent her messages with photos of old presents she had given him saying things like “I kept all of them, plus the receipts. Not even sure why” and she was sending him back videos of the two of them together in response. I confronted him about it in a very calm and level-headed way and he totally shut down and insisted that he has no feelings for her at all. Am I right in thinking that I am better off walking away from this situation?

You are 1000% right in thinking that. Of course, the only people who really know the truth are him and his ex, and there is obviously a remote possibility that this is all completely innocent. But if you asked me to bet my flat on whether something fishy was going on I’d confidently bet it all (my landlord would be pretty p*ssed off though). I’ll start by saying that there are millions of people who remain in totally platonic friendships with their exes, there is nothing inherently suspicious about that. The fact that they remain friends is not an issue. The fact that they appear to be hiding things from you, and that he has lied about the frequency of their contact, is.

He told you that they have brief contact every couple of months, but the evidence shows that they are regularly talking. It is clear that he has lied about this. He has also withheld the truth by not mentioning that she visited him. On top of this you have seen evidence that she checks with him if it’s safe to call before calling.

It’s reasonable to assume that she is doing this because she wants to make sure that he isn’t with you when she phones. Big red flags. The fact that they are also reminiscing together over old videos and gifts is a bad sign, it may not be if everything else wasn’t so suspect but added to the rest of the evidence it feels like the final nail in the coffin.

It’s hard in situations like this where our guts are strongly telling us that things are off, but the evidence isn’t indisputable. You definitely have evidence of secretive behaviour; you just don’t have concrete evidence of infidelity. Do you need hard evidence to know that something is up? Personally, I don’t think so. I think you have enough here.

I also think that even if you had no evidence at all and you were basing this off a gut feeling, you would still be in a position where you would need to be thinking about how healthy this relationship is for you. You’re becoming increasingly suspicious and uncomfortable with their relationship, and it is likely that this is going to impact on how you show up as a partner. It’s a horrible place to be, having a niggling doubt at the back of your mind. It stops you being able to relish and enjoy the time that you spend together. The doubts were affecting your relationship before you had evidence, so, now that you have it, I think there is only one way to go.

This is all made much harder because he is completely denying it. Often what happens is that we have evidence, and a gut feeling, but because they are bamboozling us with genuine sounding claims of innocence, we find it hard to stand firm. They make us distrust ourselves and question whether we are being paranoid, or too harsh. We can go into a conversation with them armed with the evidence, ready to shut it all down, and then leave feeling extremely confused and unsure about whether we have been over the top about it all.

Only you will know whether ending the relationship is the right thing to do. If you do choose to do that you need to prepare yourself for the conversation in advance, know that he may deny, and beg, and say that you’re crazy, plan ahead for how you will deal with that. If you do choose to stay with him, I think that you would need to do that on the basis that you are going to have to learn to be comfortable with their friendship. You can’t stay if you’re going to spend the whole time with niggling doubts at the back of your mind. If you don’t fully trust him then there is no point in continuing.

You haven’t been together for very long and if you haven’t even got a foundation of trust at this point, then you’re already in a losing battle. So, if you decide to stay then you have to drop your suspicions. Personally, I don’t think that would be very easy to do. If I was in this situation I would be heading out, but I know that when you’re in it and there are so many good things about them, it’s just not that easy. Trust your gut, trust the evidence, and trust yourself!

Follow @Lalalaletmeexplain on Instagram for more advice on sex and relationships. Have a question for Lala? Email [email protected] 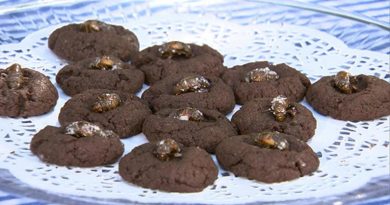 Don’t eat cicadas if you are allergic to seafood, FDA warns

Deaf Dog Trapped in 20 Ft. Rabbit Hole Rescued After 30 Hours: 'It Was Like a Miracle' 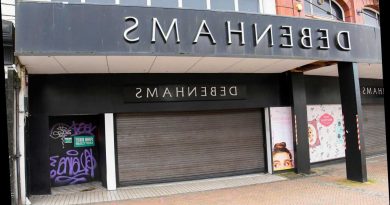 Boohoo buys Debenhams name and website but all stores and 12,000 jobs lost