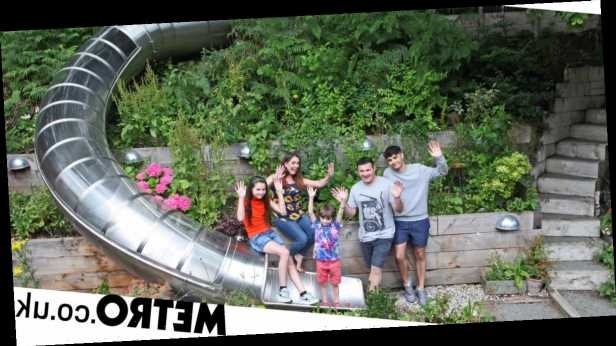 If you’ve been to Stratford in London then you’ve probably seen the Orbit – a massive red sculpture that was once the world’s biggest slide.

Originally built as part of the 2012 London Olympics, it was partly dismantled and rebuilt after the big event.

But one dad didn’t want the slide to go to waste.

Marc Decaro forked out £1,500 for part of the original Orbit and installed it into his garden.

Now his children get to play on what was once the world’s biggest helter-skelter.

The section of the slide, which is 12 metres long, and weighs one and a half tonnes, sits on a steep bank in the family’s back garden in Cardiff.

Floor layer Marc, 40, had to rope in 10 mates to help transport and winch it into his garden.

The family, including wife Claire, love having kids and adults over to play on the super slide.

Marc said: ‘My daughter asked me to build her a treehouse in the garden, and to get to the treehouse we needed a set of stairs – so I put those in.

‘Then I thought it would be an even better idea to install a slide, and everything else evolved from there.’

At first, Marc considered having a straight slide, but the angle and pitch of the bank were too steep and so he ended up going for a curved option.

He added: ‘A friend of mine said it would be impossible to build one, and four months later that slide came up on eBay for £2,000 – but I made a cheeky offer of £1500 and he accepted it.

‘The guy brought it down on a trailer and a friend of mine came over on his lorry and picked it up and put it on skates.

‘The slide is in two sections, we managed to get the first large section up by using ropes and my van as a winch.

‘The top section we took down the road on skates to the trail which runs along the back of my house, we took the fence down to lift it into position as it was so heavy.’

But all the heavy lifting was worth it.

He added: ‘The garden has flourished and the kids, including adults, love to go down it – everyone loves it.

‘We have all our friends over. You walk up the steps, it’s all lit up.

‘The kids buff it up inside with polish so they can go faster.’ 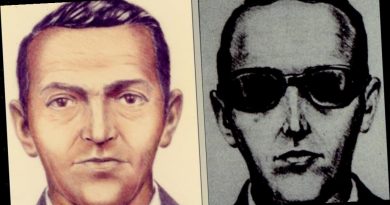 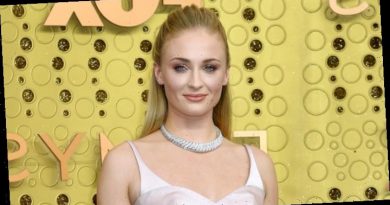 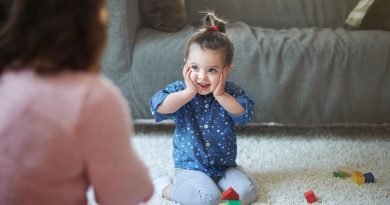 Mum freaked out as daughter, 2, suddenly starts calling her a different name