A Mars-sized planet that collided with Earth in its infancy may have left two gigantic portions of itself deep within Earth’s core, scientists theorized in a new study.

According to a team led by Arizona State University geodynamics researcher Qian Yuan, the vanished planet, known as Theia, not only embedded some of itself inside the Earth, but likely also helped form the moon. The team presented a paper detailing the theory earlier this month at the 52nd Lunar and Planetary Science Conference 2021.

Based on geodynamic models and isotopic evidence, the scientists believe two mysterious dense zones 1,000 miles beneath the Earth’s surface are actually “left-over Theia mantle materials.” The dense zones — hundreds of miles high and thousands of miles across — are located beneath West Africa and the Pacific Ocean.

Yuan began his quest after studying the “giant impact hypothesis” concerning the formation of Earth’s moon. The theory, supported by the composition of lunar rocks, argues that the moon was formed from coalescing debris created by the massive crash of Theia into Earth 4.5 billion years ago.

A 2016 NASA-funded study postulated that the Earth could actually be two planets — itself and Theia — that fused together when they collided.

“Theia was thoroughly mixed into both the Earth and the moon, and evenly dispersed between them,” lead author Edward Young, a professor at the University of California, Los Angeles, said in a statement at the time.

But Yuan believes his team has now located the actual portions of Theia inside Earth, which are the largest formations in Earth’s interior.

“You could say that these are the biggest and largest meteorites if they are mostly Theia’s mantle,” Yuan told Vice. “It’s very cool.”

For years, scientists have discussed the possibility of a link between the mysterious dense zones and Theia, Science magazine reported. But Arizona State University professor and seismologist Edward Garnero said Yuan’s work was the first time anyone had mobilized multiple lines of evidence to mount a serious case for it.

“I think it’s completely viable until someone tells me it’s not,” Garnero said. 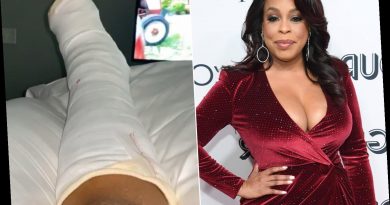