It is well known that the Great Barrier Reef is seriously threatened, with the United Nations Educational, Scientific and Cultural Organisation releasing a draft recommendation to list the reef as “in danger” last month.

Next week, the UNESCO’s World Heritage Committee will decide whether to make this official at its upcoming annual meeting. 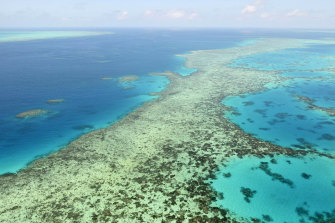 UNESCO will decide next week if the Great Barrier Reef will be officially declared “in danger”.Credit:AP

This is a high-stakes decision – if the factors endangering the reef aren’t addressed, it could eventually be removed from the World Heritage list all together, which would be both humiliating and economically devastating for Australia. The livelihoods of more than 64,000 Queenslanders rely on the reef, which two million visitors come to see each year, adding $6.4 billion to Australia’s economy.

So it’s no surprise that the government has moved swiftly – but not to help the reef. Immediately after the draft decision came out, Sussan Ley declared herself “blindsided”.

Given that the last Great Barrier Reef Marine Park Authority (GBRMPA) Outlook report in 2019 declared the reef’s health to be “very poor”, and that UNESCO mooted a similar draft recommendation back in 2015 only to have the Australian government lobby aggressively against it, the minister’s claim doesn’t stack up.

Minister Ley is in Europe, personally lobbying the foreign ambassadors who will vote at the UNESCO meeting. Back home, government officials are taking Australia-based ambassadors to visit the reef. As well,the government has persuaded 11 countries into co-signing an open letter questioning UNESCO’s decision-making process.

In short, the government is sparing no effort, or expense, trying to conceal the dire situation faced by the Great Barrier Reef.

Imagine if the federal government displayed the same zeal and urgency in trying to fix the root cause of the reef’s poor health: climate change, driven by the burning of fossil fuels like coal, oil and gas.

Already, at global warming of 1.2 degrees Celsius above pre-industrial levels, the reef has suffered three catastrophic marine heatwaves in the past five years, resulting in the loss of more than half its coral.

Add to this the risks from ocean acidification, rising sea levels and increased intensity of tropical cyclones and no one should be surprised that the reef is in serious trouble. Global temperature rise continues to accelerate, and scientists warn that coral reefs worldwide are likely to be wiped out if temperatures breach 2 degrees Celsius above the pre-industrial level. 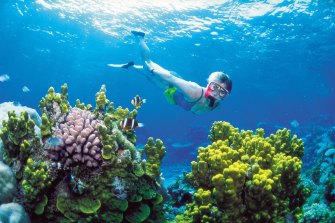 Scientists warn that coral reefs worldwide are likely to be wiped out if temperatures breach 2 degrees Celsius above the pre-industrial level.Credit:AP

The only chance these natural treasures have is for the world to rapidly cut global emissions this decade.

The Australian government’s contribution to this global effort can be described, at best, as pathetic, with our elected representatives choosing instead to actively worsen climate change by locking in more emissions.

For instance, the government recently committed $600 million of taxpayers’ money to building a new gas-fired power station in New South Wales, that energy experts say isn’t needed, and has also promised $50 million to gas fracking companies in the Northern Territory.

Meanwhile, our Minister for Energy and Emissions Reductions recently tried to amend the rules for the national renewable energy agency, ARENA, so that money earmarked for renewable energy development could be used to fund fossil fuel-linked technologies such as carbon capture and storage, and hydrogen made using gas. Fortunately this attempt failed.

The list doesn’t stop there. Minister Ley is also appealing a Federal Court ruling that she has an obligation to the next generation to consider the harm caused by climate change when approving the expansion of a new coal mine in NSW.

It’s embarrassing enough that a federal Environment Minister needs to be told by a court to care about the safety and wellbeing of our children. Indeed, it’s hard to find the right words to describe her decision to fight children through the court system to avoid doing so.

More broadly, the federal government continues to refuse to formally commit to a net zero target or to increase its level of ambition for emissions reduction by 2030 – currently standing as one of the weakest Paris pledges in the world.

In a recent report, the Climate Council recommended that Australia needs to reduce its emissions 75 per cent below 2005 levels by 2030, and reach net zero by 2035, to do its global fair share. We are miles away from this goal, and stubbornly standing still while the world moves ahead.

Every country needs to play a role in the global effort to rapidly bring down greenhouse gas emissions and address climate change, so as to ensure a safe future for people, flora and fauna, and precious places like the Great Barrier Reef. The world is noticing that Australia is not.

Professor Lesley Hughes is a Climate Council spokeswoman and Distinguished Professor of Biology at Macquarie University. 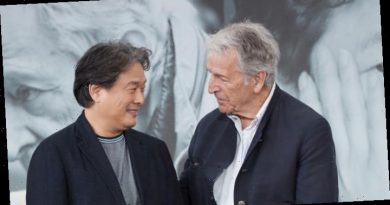 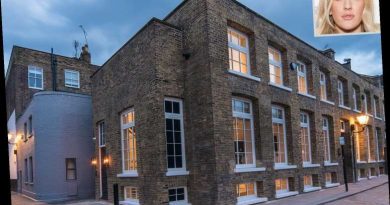 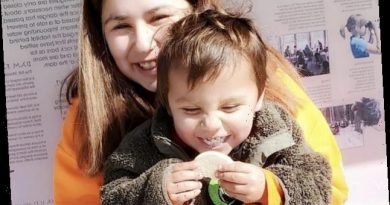 Renee Hill, 16, dies saving her cousin, 3, when their sled collided with a tree