During the 2020 ESPY Awards on Sunday, Wilson — one of the ceremony's remote hosts — recreated the absent step-and-repeat in his own backyard.

"I've been coming to this show for the seven years, and one of my favorite parts of the night has always been the red carpet," said Wilson, 31. "I figured why should this year be any different. So I put one in my backyard."

Wilson then hit the carpet alongside his pregnant wife, Ciara, who was wearing an accessorized white robe and a towel on her head. The duo navigated around cutouts of other prominent athletes, including LeBron James, who Wilson made some one-sided small talk with.

Then, Ciara and her husband stopped by to chat with a "reporter," who — through a taped recording — asked if Wilson was a better quarterback than Tom Brady.

Retorted Ciara, "Girl, now look at you trying to start some trouble."

The red carpet fun was over quickly though. Said Wilson, "It really felt like we were on the ESPYs red carpet — until the sprinklers came on."

Ciara also shared some behind-the-scenes video from the posing session on Instagram. "Lil fun on the Red Carpet," said Ciara in the caption.

Later, Wilson's co-hosts Megan Rapinoe and Sue Bird also got in on the fun.

"Did you know that Russell built a red carpet in his own backyard?" asked Rapinoe, before she and partner Bird had their own awards show moment with a series of stylish quick changes.

This year's show also falls on Father's Day, something that was not lost on Wilson, a soon-to-be father of three.

"You know, it's going to be Father's Day on the day of the ESPYs and I think about what my dad meant to me and I think about how far I've come and all the lessons he taught me," reflected Wilson of his dad Harrison Wilson, who died 10 years ago from complications from diabetes.

"To [host the ESPYs] on Father's Day, and in the midst of everything that's going on," he continued, "I'm grateful that I had a dad and a father figure that could prepare me for a moment like this." 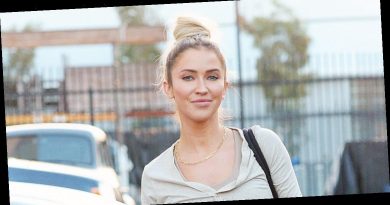 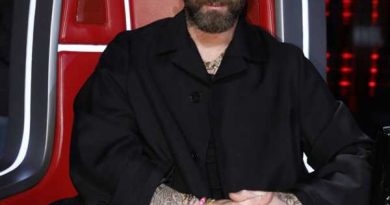