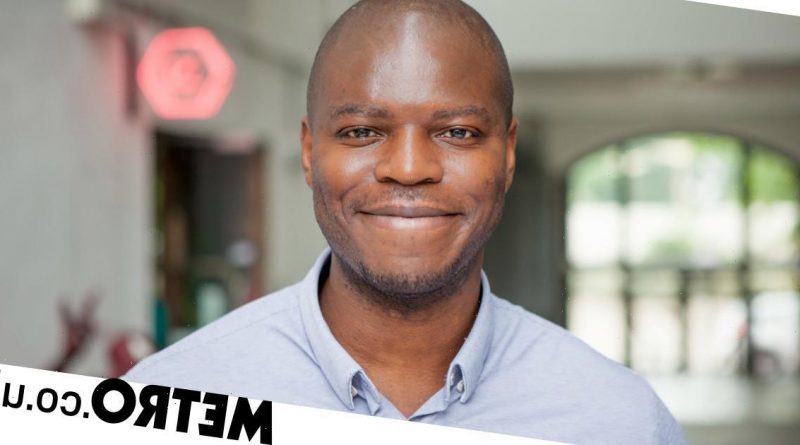 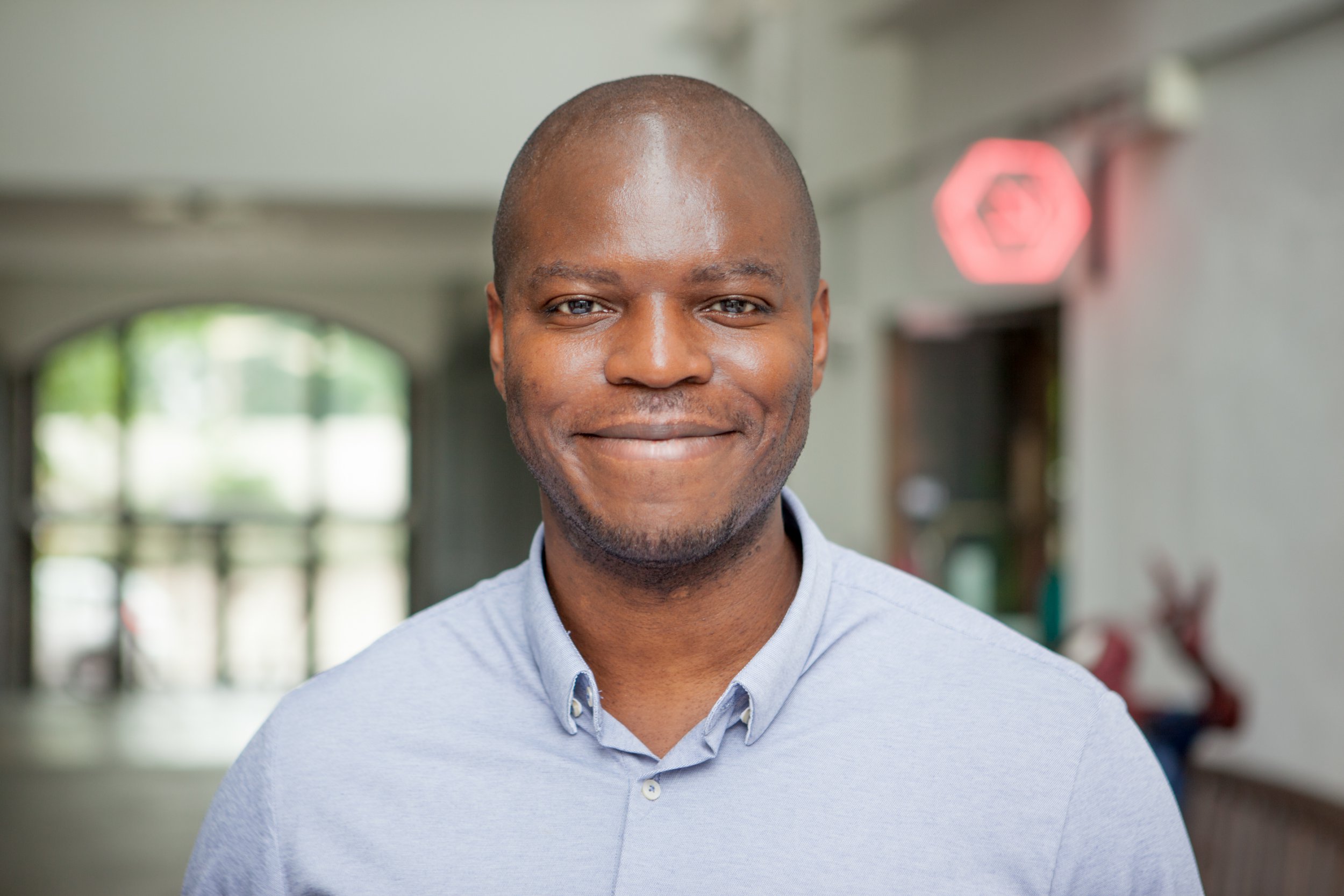 Starting his career with a jump from HR to banking, Emmanuel Eribo never dreamed he’d end up owning his own shoe company.

Yet this year he launched his second footwear venture, Loci, a sustainable and vegan trainer brand that’s been worn by

He reveals how a fancy dress party sparked his business idea and the surprising GSCE that was key to his success.

As a child, were there any signs you would one day be an entrepreneur doing big business around the world?

As a child I was a big personality. I loved school and I stood out because I was the only black kid in the year. I really liked the fact that everyone knew me.

The best thing I did was study drama for GCSE. I passed with an A* and it turned out to be one of the best things I could ever have done.

Drama left me very comfortable with public speaking and not embarrassed to be centre stage.

It’s the subject that helped shape my life and I’d recommend anyone to do it.

I studied psychology at Bath University. A year after I graduated I was working in HR and I went for drinks with friends.

The bill was excessive and my friend said, ‘Don’t worry, I’ll pay, I’m a banker.’ I left the bar thinking, ‘I need to be a banker.’

So I learned to computer code, went in as a programmer and within three months had a job.

I was a banker for eight years on the trading floor in the City and there was money, noise and excitement but I always wanted to start a business with my brother and my friend from school and another friend from university.

So how did a fancy dress party change your life?

One day we were going to a fancy dress party and one of the guys dressed as a woman. He put on my sister’s clothes but the shoes were killing him.

We all started saying, ‘Can’t someone design pretty shoes that are comfortable?’ And our first business, Butterfly Twists, was born.

Over the next eight years we sold 2.7 million pairs in 66 countries, had more than 60 employees and did tens of millions in sales.

So how did ‘eco- trainers’ start?

I had half a million pairs per season on a spreadsheet and it doesn’t sound a big number when it’s on a sheet of paper.

But I flew to China for a meeting and thought I’d inspect 70,000 pairs that were being produced. When we arrived, I’d forgotten what 70,000 pairs look like – actually, they could fill a football stadium.

It was a real wow moment, a massive realisation that we’d started our business on a kitchen table in Shepherd’s Bush and it had become corporate and was growing year on year.

But I kept thinking, ‘How much is going to end up in landfill? These shoes are not just numbers on a spreadsheet, they’re actually going somewhere.’

On the flight home and over the next few months I was wondering how we could do this differently – and our eco brand Loci was born. After 18 months of hard work, we launched.

What are you doing differently from everyone else?

We wanted to bring the shoemaking back to Europe, despite the fact it would be 35% cheaper to make in China.

We spent extra money making sure no animal is used or harmed in the making of our shoes, which are handmade in Portugal.

Unless you wrap leaves around your feet, you’ll leave a carbon footprint. But 10% of all our profits go to sea-life charities such as the British Marine Foundation.

Importantly, we’re not just mass-producing footwear for future landfill. Our ethos is not to be sitting on 100,000 pairs of shoes but to produce a pair once they are ordered so there’s no waste.

At the moment we can do a turnaround in four weeks from order – and we’re working on getting it down to two weeks.

And then came Covid…

The plan was to launch last year. We had funded it ourselves and then the world imploded for everyone.

We’re pretty confident people but we were shaken up. What should we do?

It didn’t feel right to launch our handmade footwear if people were worried about their jobs and their futures.

So we decided to wait for eight months. We had tied up all our money into launching and the pandemic had stuck a knife sharply in our backs.

When we did eventually launch, we signed 11 international markets in the first month.

In May, we launched a collaboration with sustainability influencer Nikki Reed and I thought we would have a 10-15% increase in sales but it exploded and we were ill-prepared.

More people were trying to order than we had shoes and I’ve had to apologise that they’ve had to wait. But the world doesn’t need more shoes.

Mistakes, you’ve made a few…

We underestimated the level of demand for Loci trainers and I have had some angry customers to manage.

We were thrilled to have celebrity customers such as Gwyneth Paltrow, Will Smith and Dwayne Johnson but when Kate Moss ordered online, my team were literally jumping up and down celebrating.

Then I had to gently tell them it was my friend Kate Louise Moss who had bought a pair, not the supermodel!

We flew to the factory in the Far East and thought they knew what we wanted. It arrived here on a boat and when we opened the container, the quality was terrible.

We lost a year of our business and had to keep working to raise the money to start again.

A £500 flight to check on progress would have prevented this costly and time-consuming disaster.

How to get your Metro newspaper fix

Metro newspaper is still available for you to pick up every weekday morning or you can download our app for all your favourite news, features, puzzles… and the exclusive evening edition! 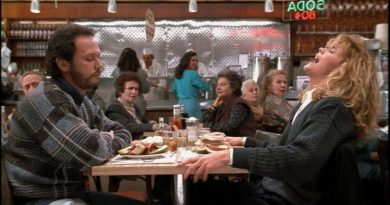 Why women have an 'orgasm gap' and 5 myths debunked 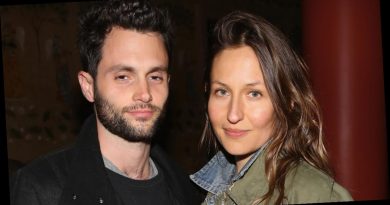 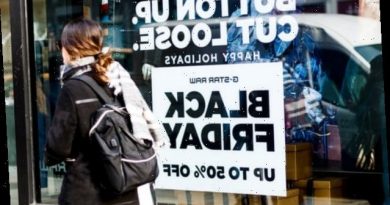