‘It is time for us to create our own worlds’: Caroline Kennedy puts Jackie O’s stunning 340-acre Martha’s Vineyard estate on the market for $65 MILLION – 40 years after her mother bought it for just $1 million

Jackie O’s daughter Caroline Kennedy is giving someone the opportunity to experience a slice of the family’s unique, glamorous, and very closely-guarded life after putting her mother’s sprawling Martha’s Vineyard estate on the market for a staggering $65 million (£51.2 million) — four decades after the former first lady purchased it.

The 340-acre property includes more than a mile of private Atlantic beachfront near Cape Cod, Massachusetts, as well as lush surrounding landscapes, all of which have been perfectly preserved by Kennedy and her family for the last 40 years.

Onassis was first attracted to the oceanfront property in 1979, a few years after the death of second husband, Greek shipping magnate Aristotle Onassis, because of its ‘untamed beauty’, with 61-year-old Kennedy describing the estate as the perfect embodiment of her mother’s ‘romantic and adventurous spirit’. 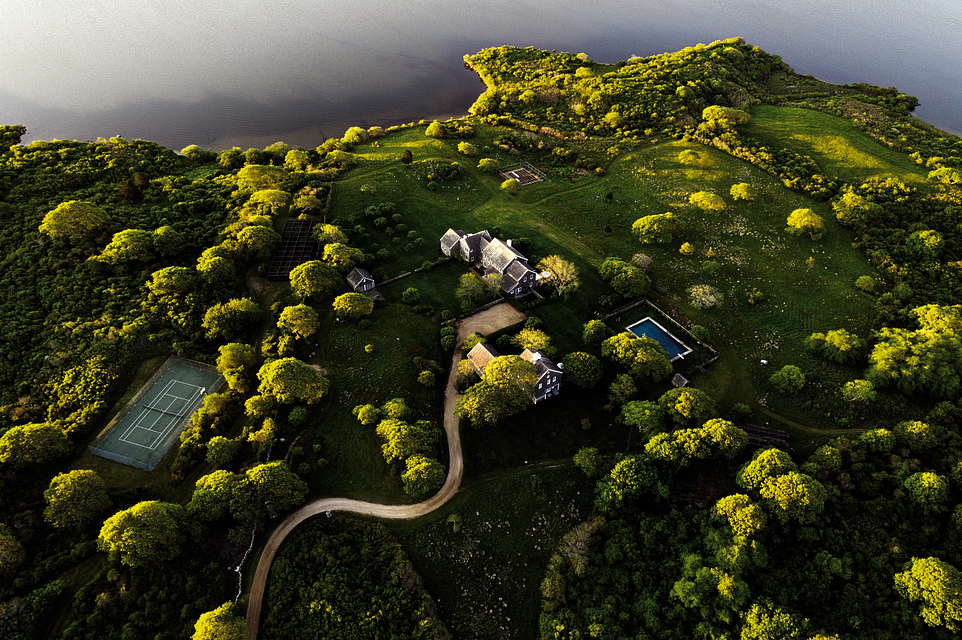 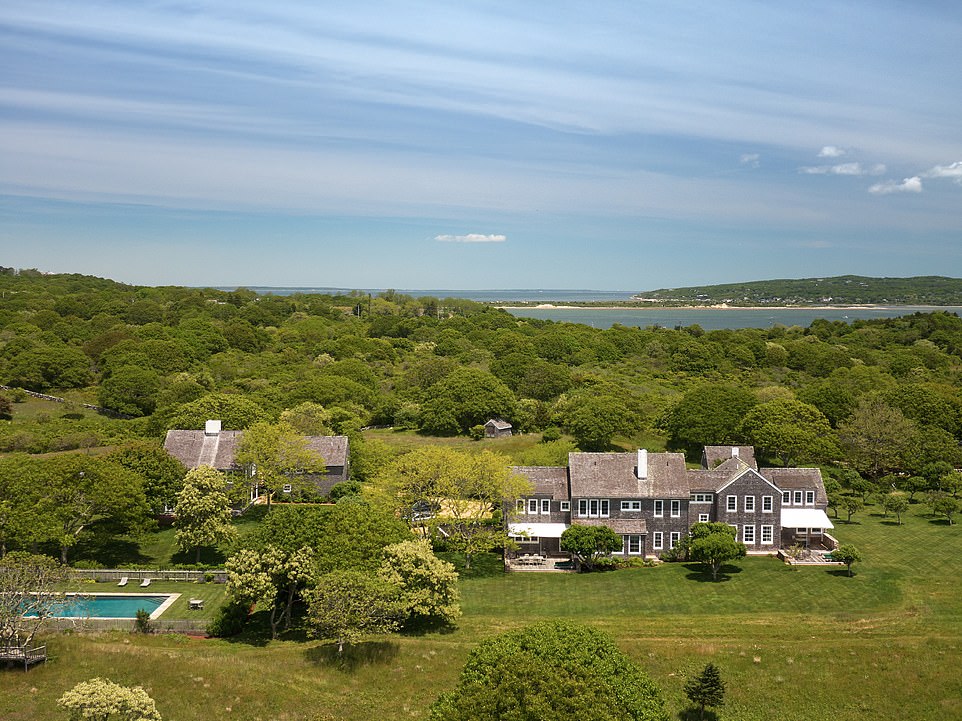 Transformation: The 340-acre property, which was formerly a shed farm, was first purchased in 1979 with only a hunting shed on the estate. Onassis went on to transform it into an oasis for her family 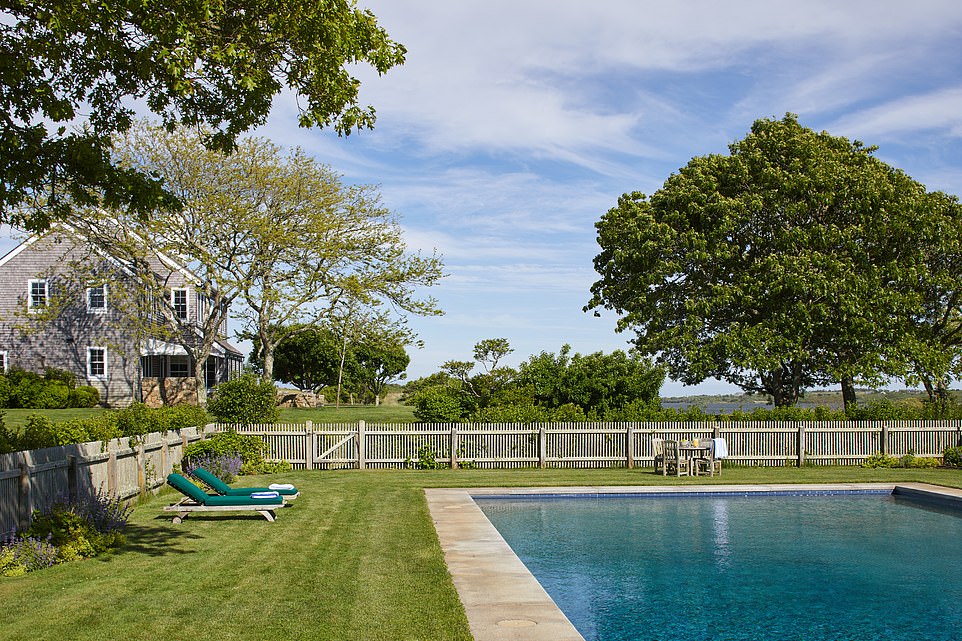 Relaxing: Extra amenities on the property include a boating house, two garages, a hunting cabin, pool and tennis court. 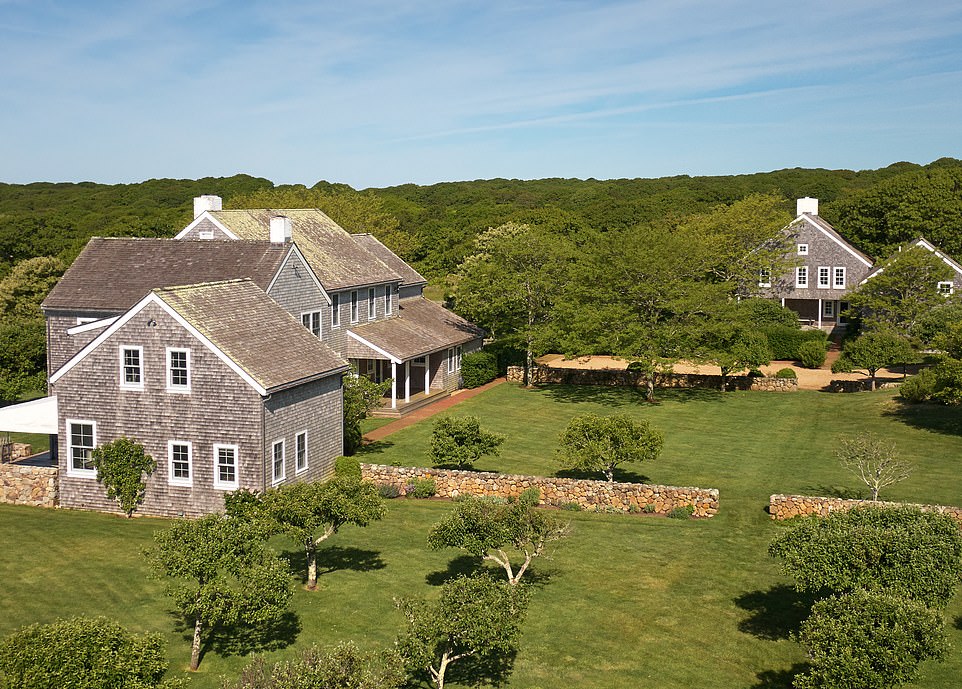 On the market: Onassis’ and John F. Kennedy’s daughter, Caroline Kennedy, is now selling the property for $65 million

After purchasing the estate in the late 1970s, Onassis, who passed away in 1994, would often divide her time with her family in the between the private Martha’s Vineyard oasis and the Kennedy Compound in Hyannis Port, Massachusetts, the summer home owned by her first husband’s family, which served as a much-loved getaway for the couple when they were still married. 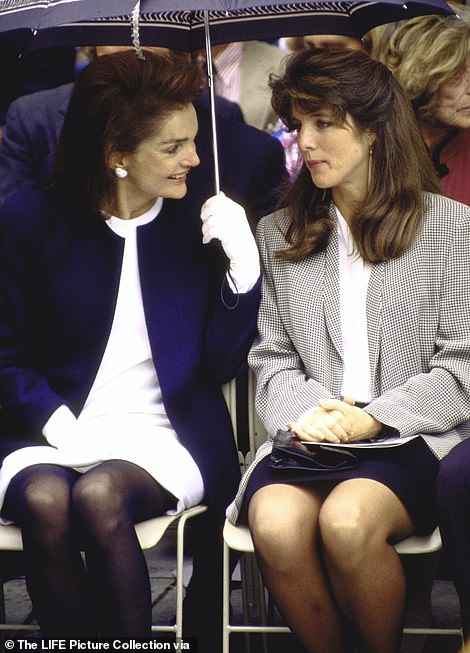 Mother-daughter love: The daughter, 61, (pictured with her mother) inherited the property

Kennedy, the former United States Ambassador for Japan under President Barack Obama and boasts a net worth of an estimated $250 million, later took over Red Gar Farm for her family.

‘Forty years ago, my mother fell in love with Martha’s Vineyard,’ the 61-year-old daughter said in a statement about her decision to sell the property.

‘When she found Red Gate Farm, it was a perfect expression of her romantic and adventurous spirit,’ she continued.

‘The dunes and ponds and rolling hills of Aquinnah gave her the chance to create a world where she could be so close to nature, close to her family and friends, and, most importantly, close to her beloved books.

‘She even built a fairy treehouse for her grandchildren.

But despite the family’s long history with the property, Kennedy added that she feels it is time for them to move on to something new.

‘Those grandchildren are grown so now it is time for us to follow my mother’s example and create our own worlds,’ she said.

‘We hope that a new family will treasure this place as we have for three generations. We are excited about the next chapter for Red Gate Farm.’

The grandchildren Kennedy spoke of include her three children with her husband, author and artist Edwin Schlossberg: Rose, 31, Tatiana, 29, and Jack, 26, all of whom spent many a summer at their late grandmother’s stunning Martha’s Vineyard home and have plenty of history with the property.

Tatiana married her college sweetheart George Moran on the estate in September 2017, with images taken at the time showing the newlyweds posing against the lush green backdrop that made the bride’s grandmother fall in love with the property all those years ago.

The estate’s 6,456-square-foot main residence has five en-suite bedrooms and an additional two half baths. There are also two offices and an outdoor deck facing towards the water.

Included on the large property is also a guest house — boasting four bedrooms and three bathrooms, as well as a kitchen and living room area — and a separate caretaker’s home with three bedrooms.

Extra amenities on the property include a boating house, two garages, a hunting cabin, pool and tennis court.

The property, first purchased by the former first lady in 1979, was completed in 1981 with the help of architect Hugh Newell Jacobsen and landscape designer Bunny Mellon, who designed the White House Rose Garden when John F. Kennedy was in office.

She first purchased the estate for $1.1 million when it only had a hunting cabin, as it was previously used as a sheep farm.

But the property was then transformed to be the ideal private hideaway for Onassis, her two children and three grandchildren, among other family members — as it offered almost complete seclusion, while still maintaining proximity to the Kennedy Compound, which is located just two hours away in Hyannis.

The estate was later renovated and expanded in 2000 architect Deborah Berke, who worked to keep the same Cape Cod style for the new parts of the property, while adding more space for the family to roam around in. 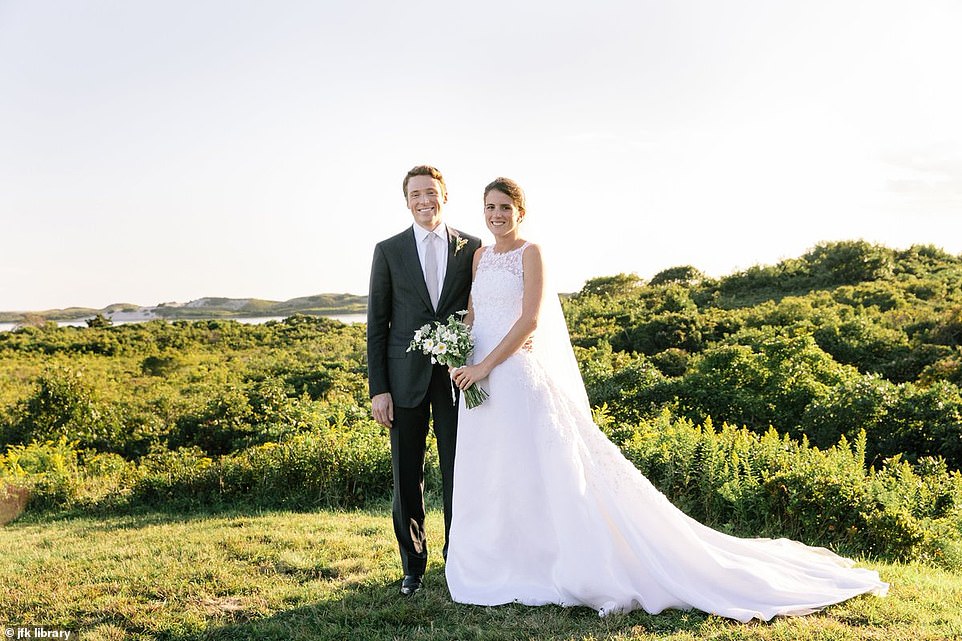 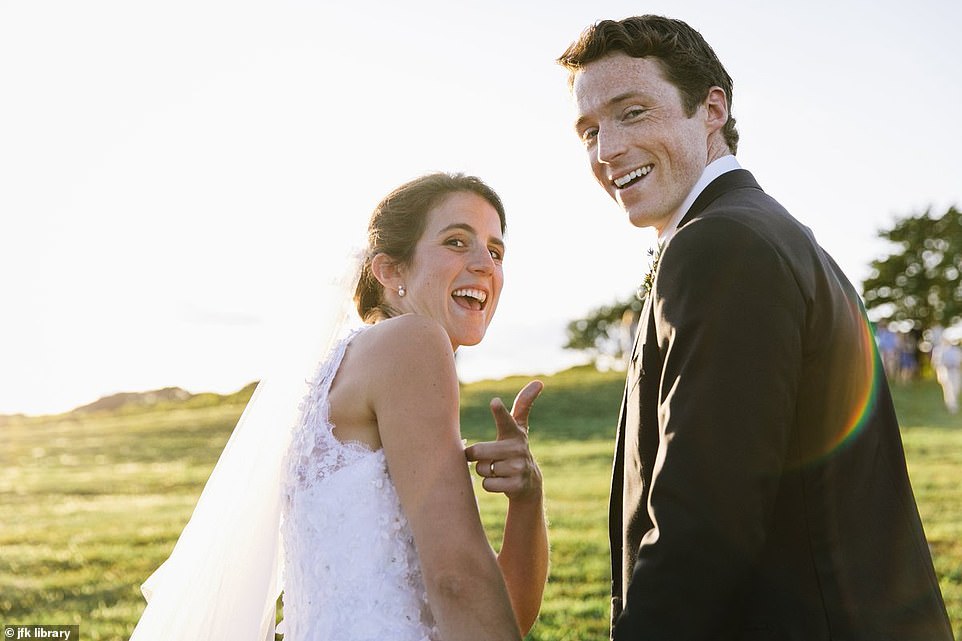 Family ties: Kennedy and her family have kept Red Gate Farm incredibly private, sharing very few images of themselves at the estate, despite spending so much time there 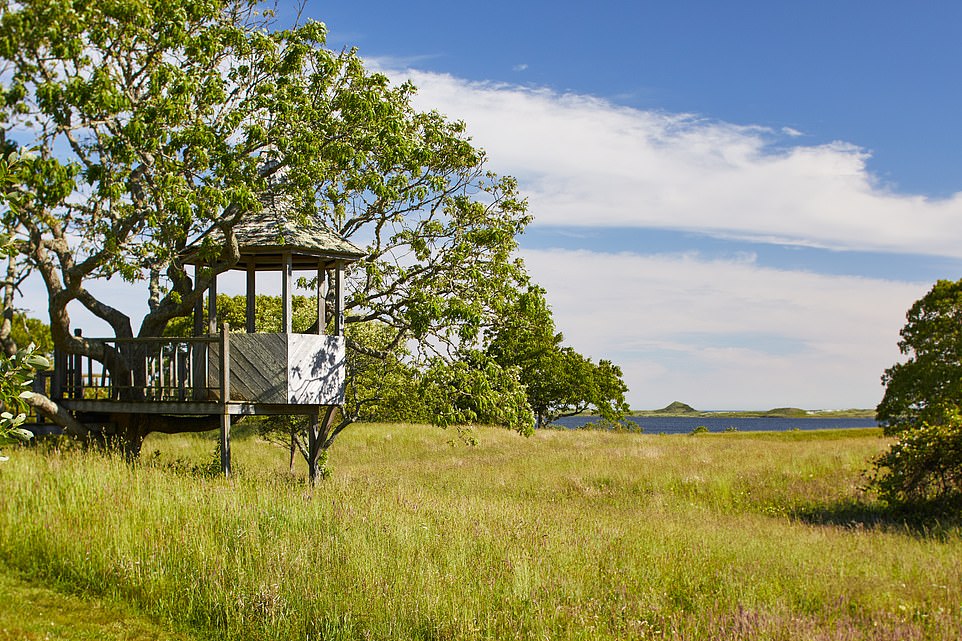 Little touches: Onassis built a fairy treehouse (pictured) for her grandchildren on the property 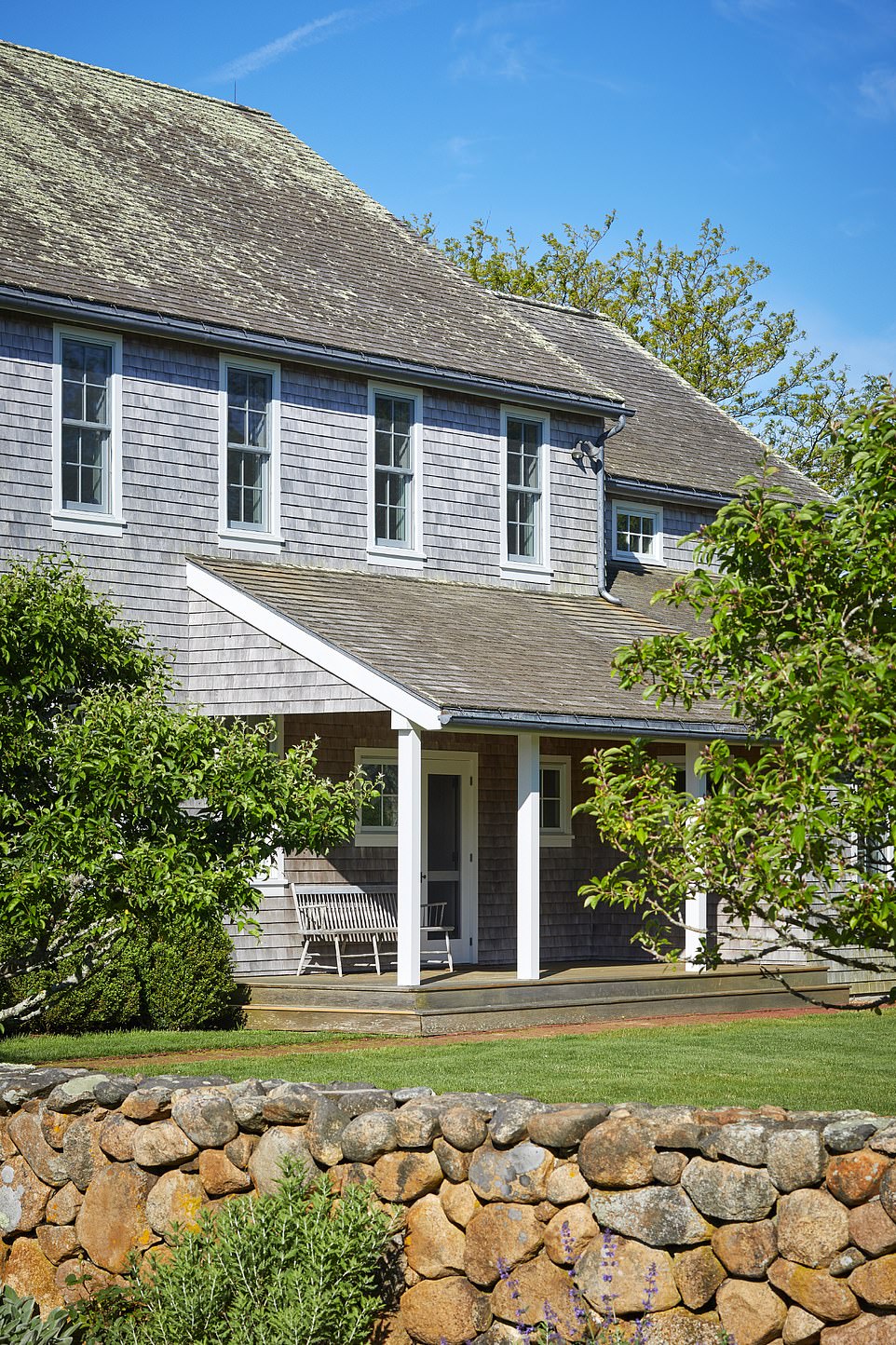 Staying true to style: The estate was later renovated and expanded in 2000 architect Deborah Berke. who worked to keep the same Cape Cod style for the new parts of the property 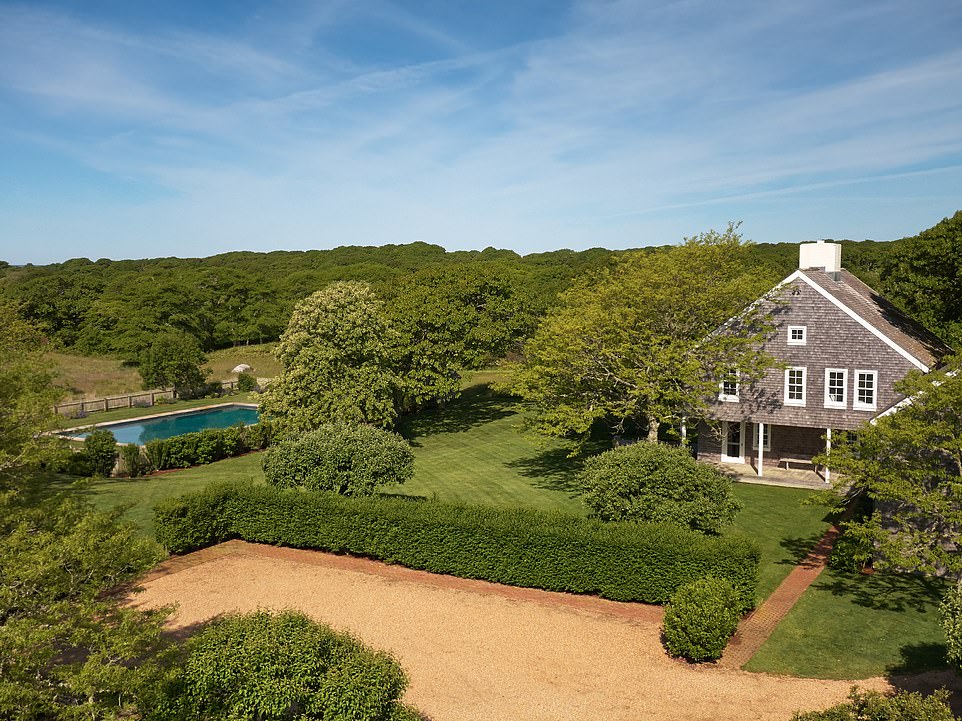 Oasis: Dan Conn, CEO of Christie’s International Real Estate, said, ‘The peacefulness one feels at Red Gate Farm is a direct result of its complete privacy

While the property no longer functions as a farm, that close tie to nature remains, with Christie’s Real Estate describing the property as being ‘without rival’ both in terms of its history and its ‘environmental value’.

‘This is a legacy estate in the truest sense; Red Gate Farm’s provenance is without rival as is its environmental value: a place where the natural world can be conserved,’ the website details.

Red Gate Farm’s main residence sits on 106-acres of land with over 200 acres of greenery surrounding the property.

The secluded property further added to the Camelot myth surrounding the extended Kennedy family, as it offers incredible privacy from the outside world, allowing Onassis to seek refuge from the glamorous A-list image that so many people associated her with.

Onassis first started the Camelot comparison during a Life magazine interview when she quoted the famous Camelot musical line, ‘Don’t let it be forgot, that for one brief, shining moment there was Camelot.’

This quote took off for the family, with people referring to the Kennedy reign in America as a version of Camelot — the mythical world ruled by King Arthur.

However, Red Gate Farm is also a space that allowed Onassis to create her own personal legacy; she bought the property four years after the death of her second husband Aristotle, who died in March 1975 from complications resulting from his battle with myasthenia gravis, a neuromuscular disease. 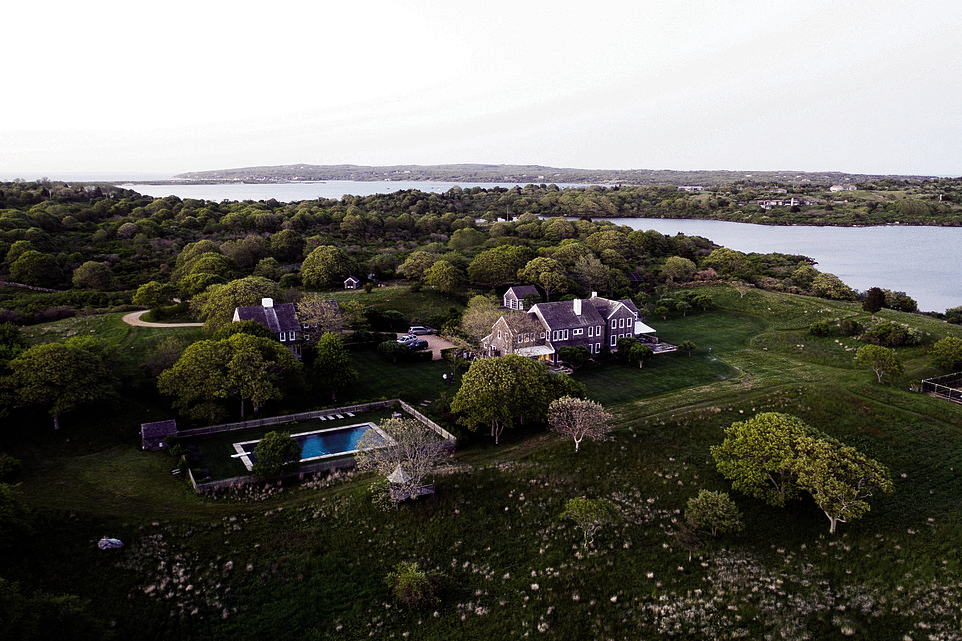 In the family: The Kennedy family owned the property for four decades, but they are now attempting to sell the property 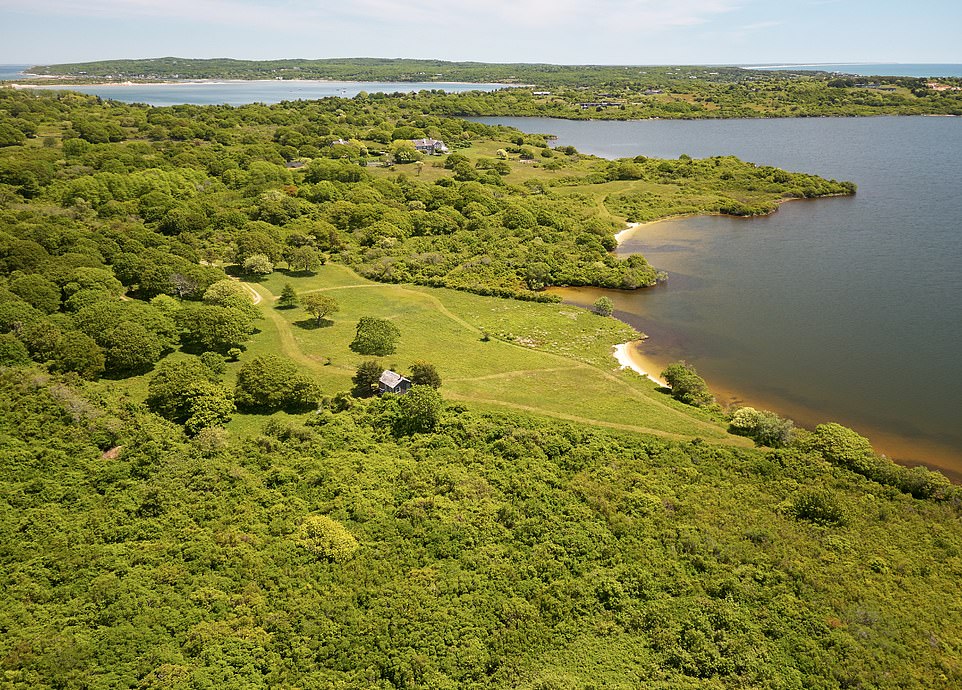 Peaceful: Red Gate Farm’s main residence sits on 106-acres of land with over 200 acres of greenery surrounding the property 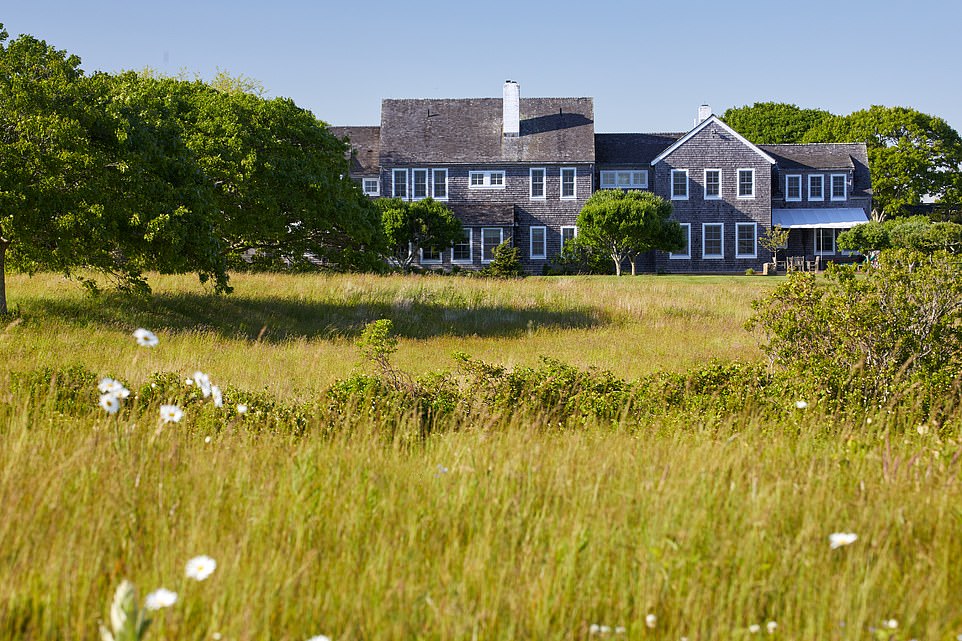 Serene: The Kennedy family divided the property into eight plots in 2002. But now they are attempting to sell the entirety of the property near Cape Cod, Massachusetts 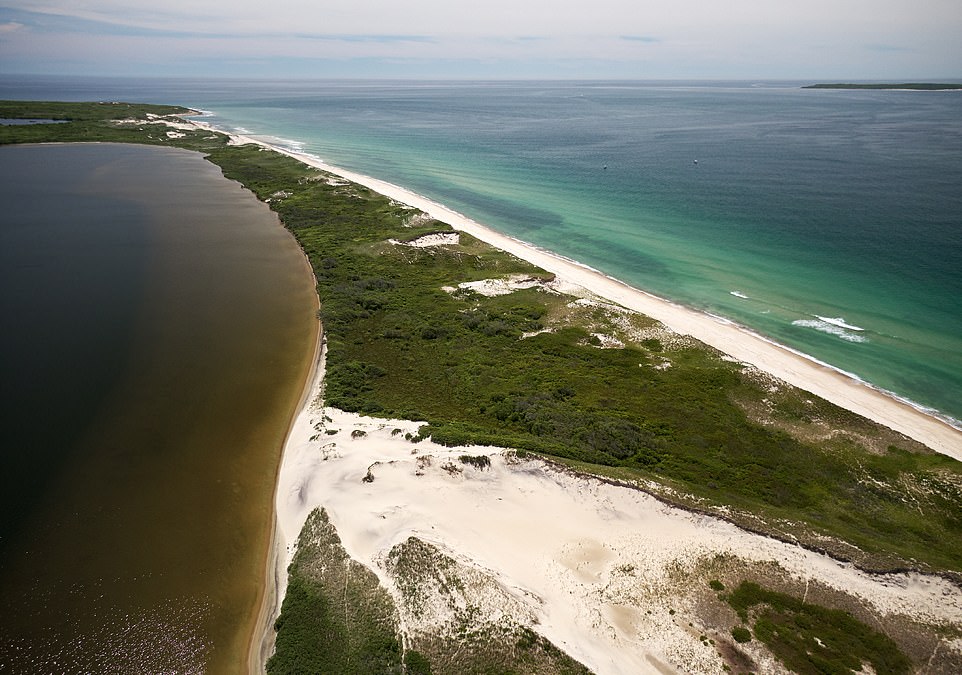 And while the property lies just over two hours from the Kennedy Compound, it remained entirely separate from JFK’s famous summer home, where both he and Jackie spent much time during their marriage.

Red Gate Farm is so secluded from the outside world that there are little to no family photos available to the public of the family relaxing on the large estate — with Jackie, her children and grandchildren choosing to preserve as much of their privacy as possible.

In fact, the images of the property that have been shared as part of the listing are some of the most detailed photos of Red Gate Farm to date, and even then there is only one interior shot of the main house included.

It is not the first time that the estate — or at least part of it — has been put on the market, however. In 2002, Kennedy and her family split the land into eight individual plots. Two of these plots were then put up for sale in 2013 for $45 million, but never sold.

Now the family is attempting to sell the entire property.

Christie’s International Real Estate boasts that the estate offers the perfect balance of seclusion and natural surroundings for a family looking for a property to escape to for periods of time.

Dan Conn, CEO of Christie’s International Real Estate, said, ‘The peacefulness one feels at Red Gate Farm is a direct result of its complete privacy, the level of care and commitment shown to the land for four decades, and the deep appreciation for the enduring memories created by those fortunate enough to pass through its red gates. 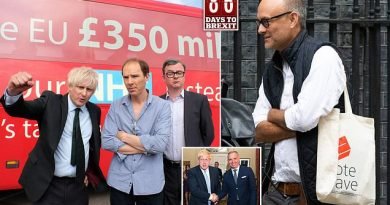 PETER OBORNE: Why I fear the future of Britain 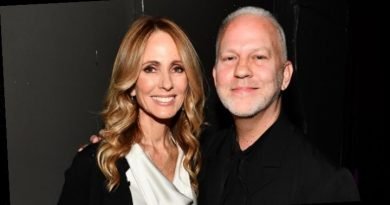 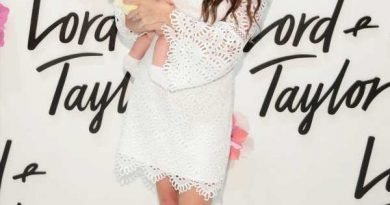