Kate Middleton and Camilla Parker Bowles are both headed down the same path as their respective husbands will take the throne someday, but they did not always see eye to eye. Inside sources claim that when Middleton was dating Prince William, Parker Bowles did not think she was a good fit for the royal family and was allegedly the driving force behind their split in 2007.

Middleton started dating William when they were in college in the early 2000s. They experienced a few ups and downs after they graduated and eventually tied the knot in 2011. While the world accepted William’s bride, Parker Bowles reportedly felt like Middleton would not do well within the ranks of the royal family.

Author Christopher Andersen, who penned the book Game ofCrowns, claims that Parker Bowles thought Middleton was too much of acommoner to become Queen one day.

The Duchess of Cornwall, The Duchess of Cambridge and The Duke and Duchess of Sussex travel along the Mall to Trooping the Colour, The Queen's Birthday Parade. Trooping the Colour has marked the official birthday of the British Sovereign for over 260 years. Regimental flags of the @BritishArmy were historically described as ‘Colours’ because they displayed the uniform Colours and insignia worn by the soldiers of different units. The name ‘Colour’ continues to be used to this day. The principal role of a regiment’s Colours was to provide a rallying point on the battlefield. This was important because, without modern communications, it was all too easy for troops to become disoriented and separated from their unit during conflict. If Troops were to know what their Regiment’s Colours looked like, it was necessary to display them regularly. The way in which this was done was for young officers to march in between the ranks of troops formed up in lines with the Colours held high. This is the origin of the word ‘trooping’. So, what today is a great tradition began life as a vital and practical parade designed to aid unit recognition before a battle commenced. 📷PA @TheRoyalFamily #TroopingtheColour #HorseGuardsParade #QBP2019

According to Express, Parker Bowles felt so strongly about Middleton that she tried to get William to dump her before their romance got too serious. She allegedly told Prince Charles that Middleton was not cut out for the family and urged him to tell William to end the romance once and for all. As royal watchers are aware, William and Middleton hit a rough patch in 2007 and briefly split. Fortunately, they reunited a few months later and got engaged in 2010.

Why did Camilla Parker Bowles try to ruin William’s relationship?

In his book, Andersen claims to have received inside informationfrom people close to the royal family. Andersen did not reveal who was behindthe leak, but he says that multiple sources confirmed Parker Bowles’involvement in William and Middleton’s 2007 breakup.

The reason why Parker Bowles did not like Middleton is related toher upbringing. Parker Bowles was raised in a wealthy family and grew upmingling with the aristocrats of her day. When she looked at Middleton, sheviewed her as nothing more than a working-class girl who was completely out ofplace within the royal family.

Today The Queen, accompanied by The Duchess of Cambridge, visited King's College London to officially open Bush House, the latest education and learning facilities on the Strand Campus. The Queen and The Duchess viewed a robotics demonstration — including robotic surgery — and a demo showing how sensors made from textiles can measure useful information about the body. They also visited King’s virtual trading floor at the Entrepreneurship Institute, which supports entrepreneurial thinking, skills and experiences among Kings’ students, staff and alumni. 📷PA/Royal Communications

In an attempt to rid herself of Middleton, Parker Bowlesmanipulated Charles to do her bidding — and her plan almost worked out. Charlessubsequently told William that he should either commit to a long-termrelationship with Middleton or break up with her.

William was not ready for marriage at the time and opted partways with his future wife. In the weeks following their split, William realizedthat he had made a huge mistake and eventually asked Middleton if she wouldcome back.

The royal family refused to talk about the split

While it is a well-known fact that William and Middleton broke upin 2007, the royal family refused to address the matter. Although ClarenceHouse did not deny that they had parted ways, they never said why Middleton andWilliam’s relationship fell apart. The only thing they said is that they do notcomment on the private life of members of the royal family. But there may havebeen a good reason why everybody was keeping quiet about the reports.

A book written by Andrew Morton, titled William and Catherine,claims that William separated from Middleton because he thought he could dobetter than her. William’s friends were allegedly telling him that he couldeasily get somebody better than Middleton and, coupled with his hesitation tocommit, William tried his luck elsewhere. As soon as the ended things, however,he realized the error of his ways and attempted to get back with Middleton asquickly as possible.

Middleton and William dated for another three years before hepopped the big question. They exchanged vows in 2011 and now share threechildren together: Prince George, Princess Charlotte, and Prince Louis. Williammay have had his doubts early in their relationship, but everything eventuallyworked out for all the parties involved, with the exception of Parker Bowles.

🍃 Today The Duchess of Cambridge welcomed Her Majesty The Queen to her #RHSChelsea Back to Nature Garden. The Duke and Duchess showed Her Majesty some of the features of @The_RHS Garden, and introduced her to some of the activities that those experiencing the Garden can enjoy, including Reed Boat making ⛵

Camilla Parker Bowles and Prince Charles have not commented onthe reports surrounding her involvement in William’s relationship withMiddleton. Charles is fully expected to take the throne was Queen Elizabethpasses on, though it remains to be seen if Camilla inherits the title of Queen. 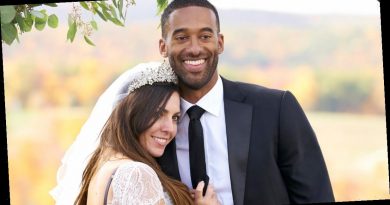 Bachelor Blowup: Matt's Season Villain Exposed — But Does She Have Him Fooled? 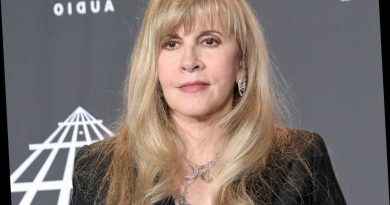