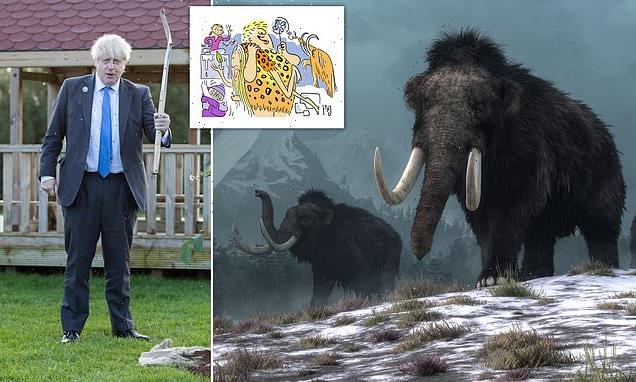 RICHARD LITTLEJOHN: It’s Boris Johnson’s next Jolly Green Jape… bring back the woolly mammoths! But in reality his Eco Dream is the longest economic suicide note in history

Climate change, not humans, killed off the woolly mammoth, according to a new study from Cambridge University published this week.

Extinction of the species was sparked by rising temperatures at the end of the Ice Age which destroyed the mammoths’ traditional habitats.

That was roughly 12,000 years ago, when the human population was sparse. No one had invented ‘man-made global warming’ back then.

Yet warming is what did for the mammoths, long before anyone had heard of the hole in the ozone layer or rising sea levels because of toxic emissions from factories, cars and planes.

In the Pleistocene Period, to give the most recent Ice Age its proper scientific name, Man was too busy trying to keep warm to worry about global warming.

Climate change, not humans, killed off the woolly mammoth, according to a new study from Cambridge University published this week

As well as virtually wiping out woolly mammoths, rising temperatures also brought about the demise of mastodons, sabre-toothed tigers and giant ground slugs.

Nobody blamed Keith Waterhouse’s Ugs for not insulating the roofs of their caves.

Yet other species, including humans, thrived and survived the dramatic changes in temperatures and are still flourishing today.

Throughout history the climate has been constantly evolving. In the Middle Ages, England boasted both flourishing vineyards and ice fayres on the River Thames.

Some of the worst winters we’ve experienced in recent history were during the immediate period after World War II when most of our electricity came from coal-fired power stations, which we are now told are responsible for melting the polar ice caps, contaminating atmosphere and blackening the sky.

In the early to mid-1970s, the alarmists were all banging on about the coming of a new Ice Age. Then came two years of scorching summers and widespread drought. A Labour minister called Denis Howell was put in charge of tackling the water shortage and in desperation even imported a Red Indian medicine man to do a rain dance.

By the late 1980s we were being assured that it was only a matter of time before there would be wildebeest sweeping majestically across the veldt outside Leamington Spa.

Global warming became the new orthodoxy. But when temperatures defied predictions and actually fell for a few years, global warming morphed into ‘man-made climate change’ and founded a new religion.

Which is how we ended up where we are today, with a so-called Conservative Government which, when it comes to climate change and energy policy, seems to take dictation from Greta Thunberg, Extinction Rebellion and a handful of headbangers glued to the M25.

Not to mention ‘the science’, cynical big business and the smug, self-serving environmental establishment, all of whom have a vested financial interest in pushing the green agenda.

When it comes to climate change and energy policy, the so-called Conservative Government seems to take dictation from Greta Thunberg (pictured), Extinction Rebellion and a handful of headbangers glued to the M25

Look, none of this is to deny that human activity has an influence on climate and the overall environment. Most people want to live in a cleaner world, which is why we go along with everything from three-weekly refuse collections and byzantine seven-bin recycling schemes to supporting campaigns against plastic waste.

But there’s mounting resentment here in Britain that we’re being dragged farther and faster into an uncertain future.

The arguments are well-known and the proposals widely documented. Why should we have to lead the word in decarbonisation, when the UK is responsible for just one per cent of the world’s emissions, and countries like China are opening hundreds of coal-fired power stations with abandon?

The rest of the world is either moving more slowly or doing absolutely nothing other than paying lip service to ‘net zero’.

Why is a Tory Government determined to make us colder and poorer? Why should we be punished to pay for a political vanity project based on dubious technology?

But when the lights go out and we sit shivering in our homes because the heat pump we have been forced to install expensively has failed yet again — or been eaten by a badger — neither Boris nor any of the other green cheerleaders will be around to carry the can. No one voted for any of this. Yet all the political parties support it, which is always a recipe for disaster — just as it was in relation to everything from EU membership to mass immigration.

The green plan is going through on the nod, with debate being suppressed not just in Parliament but on the broadcast media. It’s like climate change.

They’ve declared that the case is ‘settled’ and no argument can be allowed.

Only our Free Press is challenging the assumptions and questioning the cost to taxpayers and the probable economic catastrophe which awaits us.

And if you think heat pumps and hundreds more bike lanes and Low Traffic Neighbourhoods — which were only supposed to be temporary during the Covid lockdown — are as bad as it gets, wait until you see what else they’ve got in store for us. 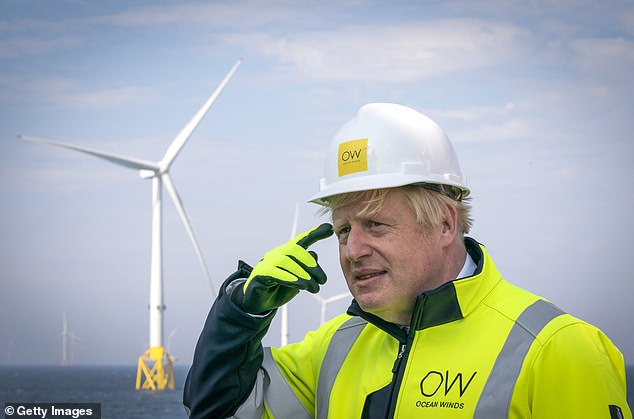 Why is a Tory Government determined to make us colder and poorer? Boris Johnson’s Green Manalishi manifesto is the longest economic suicide note in history

Insulate Britain now want a 10mph limit on motorways to stop themselves being run over. Ten miles an hour? Chance would be a fine thing.

Meanwhile, the Business Department has just commissioned a report calling for a ‘high carbon’ tax on meat and dairy — to force us to eat less steak and drink less milk — and a campaign against leisure and business air travel, both seen as an ‘immoral indulgence’.

So much for ‘global Britain’ reaching out to the world, striking post-Brexit trade deals. Just because ministers are distancing themselves, don’t think it ain’t going to happen.

None of this has been costed or thought through. We’re not talking joined-up government here.

On the day it was revealed there are plans for a ‘meat tax’, it was also announced with great ceremony that we’ve just struck a trade deal with New Zealand which will supply us with container-loads of cheap lamb chops.

Unlike Covid, there’s no Plan B, either. It used to be said that Britain was a blessed island built on coal and surrounded by fish.

Today, we are fortunate to be sitting on decades of reserves of shale gas, with gazillions of barrels of North Sea oil just waiting to be extracted. We could not only be self-sufficient in energy, we could be an exporter, like the U.S. — and no longer dependent on the Middle East, Russia, Norway and France.

But just as the politicians gave away our fish and closed the coal mines, they refuse to consider an energy security future which includes shale, oil or any other fossil fuel.

They’re even proposing to build more of those hideous onshore War of the Worlds windmills, which have done so much to scar our green and pleasant.

You don’t need a weatherman to know which way the wind blows.

The politicians seem hellbent of taking us back to the Stone Age. Actually, make that the Ice Age. The latest fad is for rewilding vast areas of the UK, especially in Scotland, where militant naturalists want to reintroduce wolves and bears.

A few weeks ago, the Guardian reported that scientists are working on a project to revive the woolly mammoth and restore them to the Arctic tundra. Wait until Boris hears about this. He’s bound to want a piece of the action, once he’s pulled the plug on our gas boilers and plunged the country into darkness and economic ruin.

The way things are going, in a few years’ time Britain will be even colder than the Arctic tundra, thanks to his Jolly Green japes. As Betjeman said of Slough, it won’t be fit for humans now.

Never mind bears and wolves, bring on the woolly mammoths! 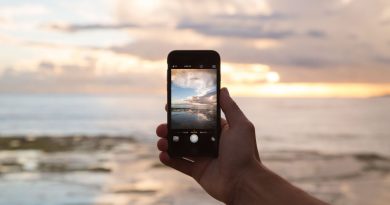 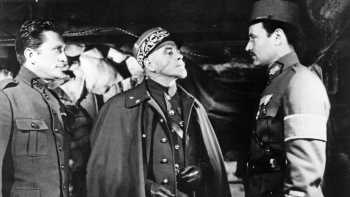 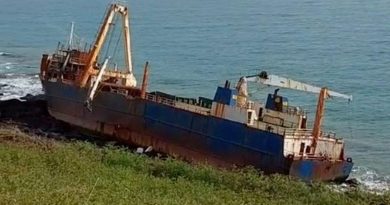