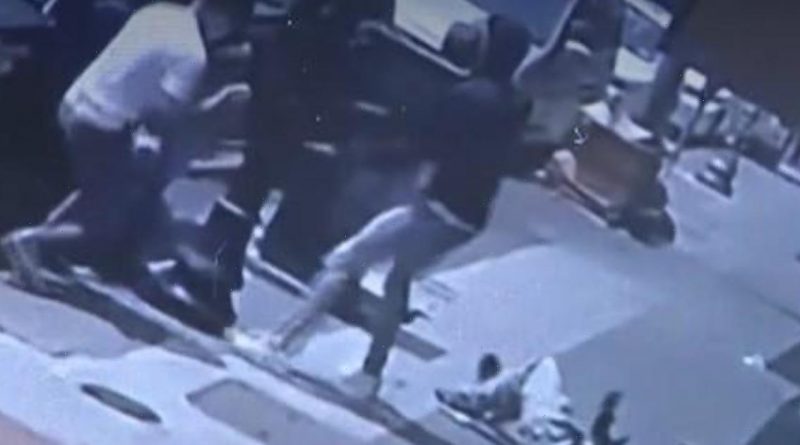 People are living in fear in Oakland’s Chinatown as robberies and assaults have increased over the past few months. On Saturday, a brazen daytime shooting was captured on surveillance video.

The robbery began when a pair of men hopped out of a car to grab the purses of two women on the sidewalk. Two young men intervened and began struggling with the attackers. That’s when the guns came out.

Two shots were fired and one young man fell to the ground as the struggle continued. Finally both assailants — both with handguns — jumped back into their car and drove off.

The gunshot victim was hit in the arm and is lucky to be alive.

This crime happened in broad daylight in one of Chinatown’s busiest shopping areas.

“I could not believe it because, at that time — I believe it’s 2 p.m. — it must have hundreds of people!” Chinatown resident and property owner Barry Szeto exclaimed.

Szeto has watched his community devolve into a place of fear. He says the streets seem emptier now with many afraid to venture out.

Some will say more police are needed but, after former U.S. Senator Barbara Boxer was mugged two weeks ago at nearby Jack London Square, police stepped up their presence in Chinatown. Saturday’s shooting happened when there were already more cops in the area than usual.

“You’d think that wouldn’t happen. No one would be stupid enough to do it in front of the cops,” Szeto said. “There’s no law and order. We’re going back to the wild, wild, west.”

Diane Trinh owns a business near the shooting site and thinks violent crime is scaring people away from Chinatown. She admits she has no idea how to stop it.

“It’s a little crazy a lot right now and the people … crazy,” she said.

It’s easy to blame the surge in crime on anti-Asian hate due to the coronavirus but many in Chinatown feel they’re just being seen as people who won’t fight back.

“Criminals, they are all opportunists, right?” Szeto said. “Just like, if they see you as an easy target, they’re going to do it. They don’t care if you are one race, the other race or their own race, right?”

Szeto said many business owners have armed themselves but are afraid to use their guns after a liquor store owner was arrested for firing a shot to stop a man from robbing a woman in the street. As the criminals lose their fear of being caught or punished, those living in Chinatown worry about what the future holds.

“Now people are scared,” Szeto said, “because now that (the robbers) use guns, they’re going to use guns a lot more frequently and that’s the scary part of it.” 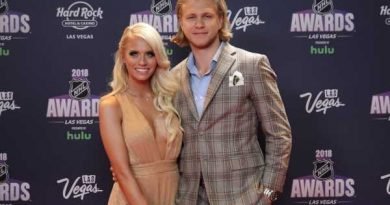 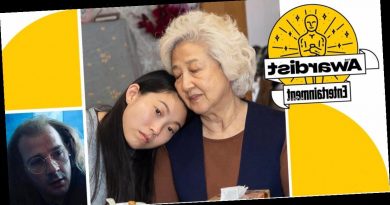 What the Independent Spirit Award nominations mean for the 2020 Oscars 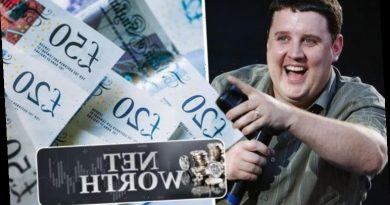 Peter Kay net worth: How many millions is the Comedy Shuffle star worth?