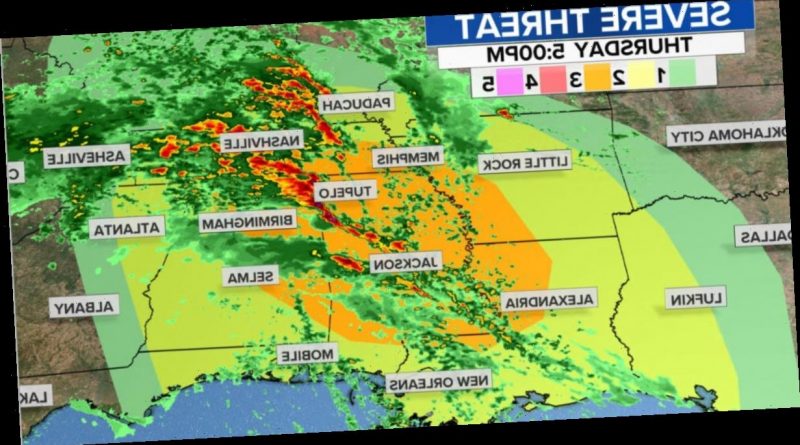 For the second time in two weeks, a major tornado outbreak is forecast to threaten the Southeast on Thursday. Early indications are this has just as much potential as last week’s outbreak, which resulted in 73 tornado reports in 3 days.

Despite the large number of tornadoes last week, only two injuries and no deaths were reported, largely due to the fact that most of the tornadoes hit less populated areas. Since the exact location in which a tornado hits is pure chance, we simply can not count on another major outbreak having minimal impact again.

This threat comes as a new study shows tornadoes are often much stronger and wider than typically estimated by the National Weather Service — estimating that over 20% of tornadoes are capable of causing catastrophic damage, equal to the highest intensity EF4 to EF5 ratings.

The groundwork is already being laid along the Gulf Coast for a rough week of weather. Over the past 24 hours up to 8 inches of rain has fallen in parts of southern Louisiana, with some scattered reports of severe weather, as a lead storm system presses eastward. Flood watches are posted from New Orleans to Pensacola for more rounds of rain, with several inches expected from Wednesday to Thursday.

Heavy rains are possible over the next two days along portions of the central Gulf coast. Slow moving storms may bring flash flooding potential to areas of eastern Louisiana, southern Mississippi and southern Alabama. Rainfall totals of 6 to 8 inches are possible. pic.twitter.com/rkGCitrIPB

But the next storm promises to be much stronger, with a shifted focus from rain to severe storms and tornadoes.

On Tuesday the disturbance responsible for the expected severe weather outbreak was diving south through the Great Basin without much fanfare. However, as the system pivots east the next couple of days, it will intensify and begin to pull warm and moist air from the Gulf of Mexico northward into its circulation. This unstable air, which may be even more robust on Thursday than last week’s event, is the fuel that primes the atmosphere.

As the cool upper level disturbance rides over that warm-unstable air, the atmosphere will begin to boil with storms blossoming vertically. The Storm Prediction Center’s threat area late Wednesday night and early Thursday morning is rather limited in scope, but damaging storms are possible, especially in the yellow area on the map below centered on southern Arkansas. 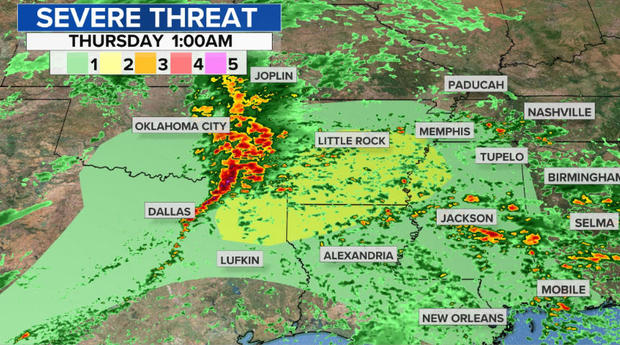 The main event will be Thursday afternoon and Thursday night as winds begin to intensify in the clouds. A strengthening low-level jet stream, with winds from the south, will reach speeds of up to 90 mph. But in the high levels, winds reaching speeds of 130 mph will be coming in from a different direction, the west. This twisting and turning with height is a recipe for rotating supercell thunderstorms which commonly produce strong tornadoes.

The area of greatest risk will be in a very similar area to last week, encompassing cities like Little Rock, Arkansas; Memphis, Tennessee; Jackson, Mississippi and Birmingham, Alabama.

Another dangerous tornado threat Thursday in the same region that endured an outbreak of 73 tornado reports in 3 days last week. Left: forecast significant tornado parameter which is topped off. Right: 90 mph low-mid level jet. Lots of shear too. Large tornadoes are possible. pic.twitter.com/URKzoT3TAy

But all indications are that the threat level for Thursday will likely be raised as the storm gets closer. That’s because, in most cases, the severe weather parameters are at least as high, if not higher, this time around. 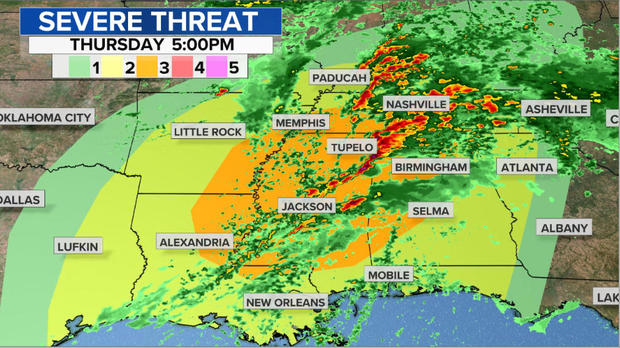 The threat will move into the Carolinas and lessen on Thursday.

Tornadoes are stronger than we thought

After tornadoes touch down, the National Weather Service will often go out and conduct storm surveys, looking at the extent and path of the damage to determine just how big, strong and long-lived a given tornado was. Tornadoes are rated on the Enhanced Fujita Scale from EF-0, with winds starting near 65 mph, to an EF-5, with winds over 200 mph.

But a new study, which has garnered the attention of severe weather meteorologists and storm chasers, shows that supercell tornadoes — tornadoes that develop from rotating supercell thunderstorms — are often significantly stronger and wider than these surveys indicated.

Using a specialized storm-chasing truck with state-of-the-art, high-resolution Doppler radar mounted on it — called a Doppler on Wheels, or DOW — researchers from the Center for Severe Weather Research in Boulder, Colorado analyzed high-resolution wind data from 120 supercells which they intercepted from 1995 to 2006. They then mapped the winds in tornadoes at peak measured intensity and compared them to post-storm surveys of tornado damage. 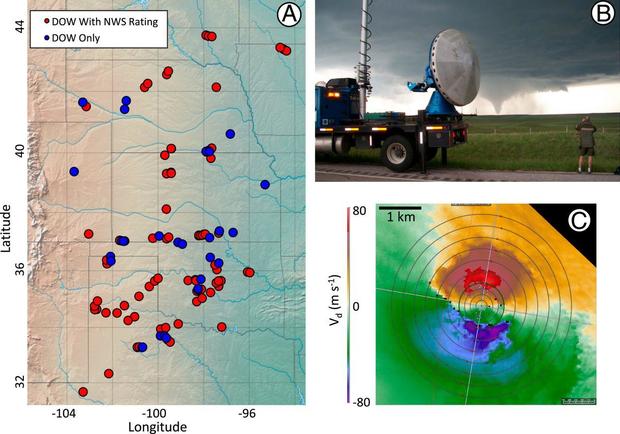 Their results show, in contrast to conventional damage-based assessments, median tornado peak wind speeds are markedly stronger at 134 mph, capable of causing significant EF-2 to EF-3 damage, and 20% of the tornadoes are capable of the most intense EF-4/EF-5 damage. Also, National Weather Service wind speed ratings significantly underestimated tornado strength; they were 1.2 to 1.5 categories (45 mph) lower than DOW observations for tornadoes.

CBS News corresponded with the co-author of the paper, Dr. Karen Kosiba, to discuss the significance of the research. Kosiba says the main advantage of Doppler on Wheels radars is that they are on trucks and can deploy very near to tornadoes. That means collecting data is “thousands of times sharper than possible with distant stationary radars,” Kosiba explains, and “by being close, the data collected is much closer to the ground.”

The research team is part of a project being conducted by the American Society of Civil Engineers and American Meteorological Society to expand and formalize how tornado intensity is determined. Kosiba says that currently the National Weather Service uses only damage to estimate tornado intensity. In the future, her team hopes that it will incorporate radar, satellite and other methods.

So as we prepare for another major tornado outbreak and head into the peak of severe weather season, Kosiba says Americans need to be prepared: “Tornado warnings should be taken very seriously. Communities should be prepared for the infrequent, but real, hazard of intense tornadoes.” 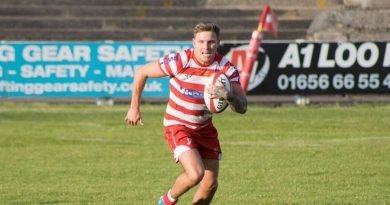 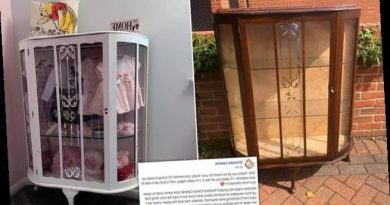 Thrifty homeowner upcycles a dated cabinet into a stylish wardrobe 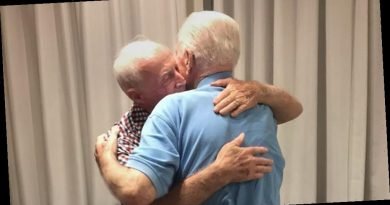