Home » Lifestyle » Angelina Jolie’s Kids Begging To Visit Friend In Australia: Why It Will Be Painful Without Brad Pitt 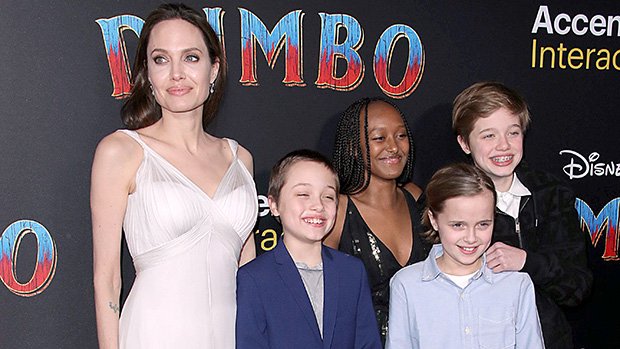 Angelina Jolie’s kids bonded with her co-star, Finn Little, 13, during her recent shoot for ‘Those Who Wish Me Dead’ and now they want to visit him in Australia.

Angelina Jolie, 44, temporarily relocated her kids to New Mexico while she shot her latest action flick Those Who Wish Me Dead. During the shoot, Angelina took her youngest co-star — Aussie actor Finn Lucky, 13 — under her wing and he quickly made friends with her kids: Maddox, 17, Pax, 15, Zahara, 14, Vivienne, 10, Knox, 10, and Shiloh, 13. Now, a source close to the mom of six tells HollywoodLife EXCLUSIVELY that they’ve started begging her to take them on a trip Down Under.

“Angelina’s kids were regulars on her movie set in New Mexico,” says our source. “They’re all quite interested in the movie making process so they came often, they liked being there. They made friends on set with a number of kids but especially her young co-star Finn. He’s an  Aussie kid, he’s 13 and really sweet. Angelina went out of her way to make him comfortable, she made him an honorary part of the family during the shoot, and her kids all really like him. And Angelina is encouraging the friendship because she thinks it’s great for her kids to have friends from all over the world. They even hung out with him for a few days in LA last week. Finn is from Australia so now they’re all talking about wanting to go back there.”

Angelina is clearly a very devoted mom and our source says she will do her best to make her kids’ travel dream come true — but it will likely bring up “bittersweet” memories because the last time they were there, she and Brad Pitt, 56, were still together. They moved their entire family to Sydney in late 2013, so that Angelina could direct the movie Unbroken.  “They lived in Australia for a few months a number of years ago,” says our source. “And they all loved it and they’re begging their mom to take them back there. Angelina tries hard to make all their wishes come true so no doubt she will make a trip happen soon, but it will be painful for her because the last time they were there it was as a family with Brad. Going back there will stir up feelings but Angelina’s not going to let it hold her back, her kids want to go so she’ll make it happen, but it’ll be bittersweet for her.”

Since her split with Brad in 2016 Angelina has thrown herself back into her career — but when it comes to dating, she’s still holding back. And, as HollywoodLife previously reported, romance isn’t likely going to be a priority for her anytime soon. “Angelina is very fulfilled right now with her work and her kids, she isn’t dating anyone and that is by choice,” insists our source. “She’s very happy again and doesn’t feel that a romantic relationship is something she needs in her life to feel complete or happy. It’s not about her not being able to move on for Brad, he has nothing to do with her decision not to date, she just really has no interest right now. That could change of course, but right now her focus is solely on her work and her kids, her plate is very full.” 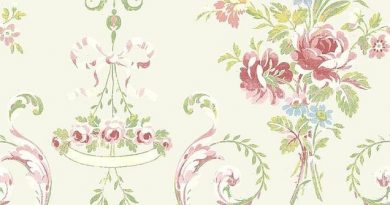 Royally stumped! Can you spot the crown hidden in a Jubilee print? 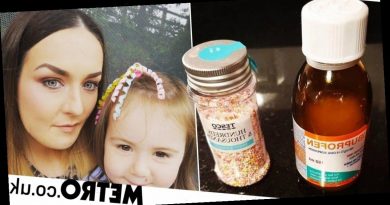 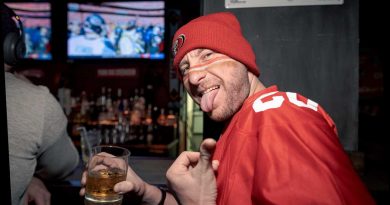 The only Super Bowl drinking game you need for Chiefs vs. 49ers